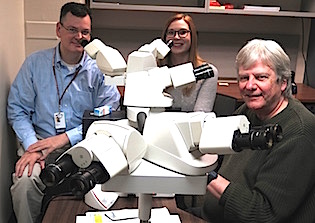 Brent Clark has had a long and successful interaction with area hospitals as head of LMP’s neuropathology outreach program, examining brains from autopsies and analyzing surgical biopsies and resections. With the arrival of new faculty physician-scientists who are expert in diseases and disorders of the aging brain, Clark's outreach program is poised to expand its services throughout the region.

Demographic trends will keep neuropathologists very busy in the years ahead. The number of Americans surviving into their 80s and 90s has grown dramatically. In addition, the baby boom generation — a large segment of the American population — has begun to reach age 65 and older, when their risk of developing Alzheimer's disease and other cognitive disorders increases.

The expected upsurge in aging-related dementias and cognitive impairment over the next several decades puts neuropathologists at the forefront of identifying and tracking changes in the brain that account for progressive cognitive decline. Neuropathologists are also at the vanguard of research efforts to understand how these disorders develop, how they can be detected early, and how their progress may be delayed through therapeutic interventions. 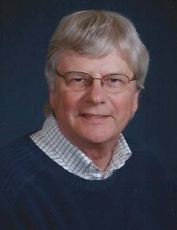 "I don't think there'll be any shortage of dementia work," Clark said. Last summer neuropathologists Margaret Flanagan and Robert Bell joined the LMP faculty. Flanagan, who trained at Stanford University and the University of Washington, specializes in analyzing human brain samples at autopsy. She participates in community-based longitudinal studies of healthy subjects that track subject changes, exposures, and lifestyles and analyze various samples and genetic factors, with the data endpoint a brain autopsy. These prospective studies are designed to gauge the incidence of Alzheimer's disease and dementia as well as risk factors associated with these conditions.

Bell, who trained at Johns Hopkins, is both a neuro and ophthalmic pathologist with interests in molecular and biomarker studies of neurodegenerative diseases of the brain and the retina. Like Flanagan, Bell has participated in longitudinal community-based studies, in his case of primary age-related tauopathy, the aggregation of tau protein neurofibrillary tangles in the brain. Tauopathy is a major component of Alzheimer's disease but can exist independently. The longitudinal community-based studies of dementia that Flanagan and Bell are involved with "have carefully analyzed control groups, which a lot of studies don’t have," Clark said.

It is being increasingly recognized that the neuropathological changes seen in Alzheimer's disease, Parkinson's disease, and Lewy body dementia often co-exist in the same patient.

Clark expects dementia-related brain tissue referrals from area hospitals to grow over time. In his view, more detailed dementia workups represent an outreach opportunity that will complement current strengths in analysis of tumors of the nervous system. Brain tumors currently constitute a major component of the neuropathology outreach program.

If you have questions about how to refer a consult to our University of Minnesota Physicians Outreach Laboratories or about pricing, contact Laura Funches at 612-625-3949 or at lfunches10@umphysicians.umn.edu or contact Clark directly.