Peruvian hematologists and pathologists benefit from Linden’s love of Spanish

The Carlos Alberto Seguin Hospital in Arequipa, Peru’s second largest city, is a teaching hospital and also the referral hospital for the southern part of the country.  It is located a few blocks from Arequipa’s historic city center, a UNESCO world heritage site, and not all that far from El Misti, a majestic and active volcano.  During his visits to Arequipa and the hospital, LMP associate professor Michael Linden, director of the Division of Hematopathology, is awed by the omnipresence of Inca and colonial-era history and architecture, not to mention El Misti and three more volcanoes that surround the city. 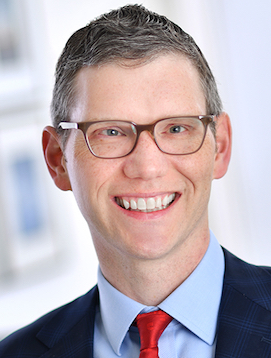 In April, Linden received the Health Volunteers Overseas (HVO) Golden Apple Award recognizing members, volunteers, partners and supporters who make extraordinary contributions to HVO.  Linden became a project co-director of the American Society of Hematology (ASH)-HVO hematology project at Carlos Alberto Seguin Hospital in early 2020.  He volunteered for the project in 2016 and again in 2019 and serves on the HVO Hematology Steering Committee.  HVO noted that Linden “has helped the Hematology and Pathology departments at Carlos Alberto Seguin Hospital improve their diagnostic skills to provide more accurate diagnoses to their patients. During his volunteer trips he assisted with conferences about hematopathology, implemented pathology rounds to discuss difficult cases, and provided training in immunophenotypic, cytopathologic and histopathologic diagnosis of hematologic diseases.”

The impetus for Linden’s participation in the Heme-Peru project was language.  “When I was in college I got a minor in Spanish,” Linden said.  “I studied abroad in Costa Rica and also spent some time doing marine biology research in Venezuela.  I really liked improving my Spanish language skills and interacting with people in Latin America.”

In Medical School, Linden and a fellow student launched a medical Spanish interest group.  They did a lot of work teaching medical Spanish skills and then working with some of the volunteer organizations in the Medical School to give health talks in Spanish.  In graduate school Linden was introduced to Helps International through which he joined medical and surgical teams in Guatemala in 2002 and 2003.  “When I came back to Medical School after earning my PhD I used my Spanish as much as possible – I did my primary care clerkship at the  Hennepin County Medical Center, working in a Spanish-speaking clinic.”

After completing his residency and fellowship and joining the LMP faculty in 2011, Linden looked for a way to use his Spanish language and clinical skills in Latin America by participating in some type of exchange.  The HVO Heme-Peru program “kind of fell into my lap,” he said.  In 2016 there was “an email burst from ASH about the HVO program.  An email was sent to 25,000 ASH members saying ‘We’re starting this program back up [launched in 2008 the program was suspended in 2013].  We’re looking for hematologists and hematopathologists to go to Peru for two to four weeks to help build capacity there.’  I said to myself, this is what I should do.  I applied to the  program and got my first volunteer assignment at Carlos Alberto Seguin Hospital,” Linden said.  He spent two weeks at the hospital in November 2016 and again in February 2019. 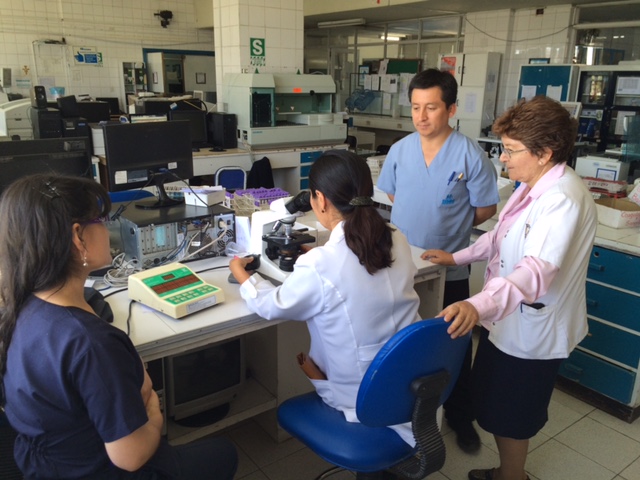 Linden is a coauthor of the 2017 ASH poster “The development of the American Society of Hematology Health Volunteers Overseas Hematology Program in Arequipa, Peru” featured as part of ASH’s Global Capacity Building Showcase.

Linden has worked to address the need for a more integrated approach through lectures in hematology and pathology and case conferences.  “During my first visit I said let’s do a case conference where you take a couple cases in surgical pathology and hematology that are interesting, for example, leukemia/lymphoma involving the lymph nodes and marrow, where you look at the bone-marrow aspirate, the biopsy core, the flow cytometry, the lymph node biopsy, and the clinical data – everything together.  So that was kind of the first concept,” Linden said.  “We had to overcome a lot of cultural barriers.” 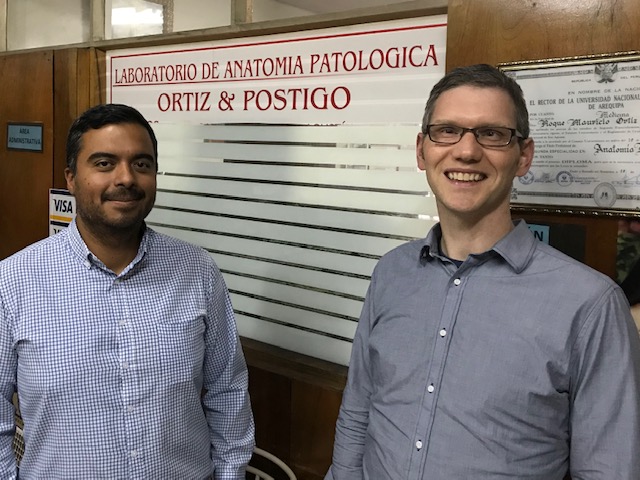 In 2017 Linden arranged for Peruvian pathologist Mauricio Postigo-MacDowall to come to Minnesota though an ASH training program scholarship.  Postigo-MacDowall is a surgical pathologist with dermatopathology hematopathology interests.  “He was looking at core biopsies and lymph nodes but had no experience looking at blood and bone-marrow aspirates,” Linden said.  “The hematopathology team taught him how to review and perform differential counts on blood smears and bone marrows and integrate all the morphologic data into a report, with clinical data and ancillary studies, such as flow cytometry.  Mauricio went back to Peru and applied what he learned.  He took our bone marrow reports, translated them into Spanish, and then worked to come up with a way to integrate all the data,” Linden said.  He even worked to improve the way that their blood and bone marrow Wright stains were performed.

Besides being a good pathologist, Postigo-MacDowall is also good at setting up and conducting Zoom conferences for the Heme-Peru program, a handy skill in the COVID-19 era, which has curtailed travel of American health volunteers to Peru.  “Mauricio is really big on doing Zoom meetings,” Linden said.  “He had this idea that we could meet once a month…like a tumor board.  ASH was able to host an account for us.  Even before the pandemic we were pretty good at using Zoom.  Hematologists and pathologists would meet in Peru and then meet with hematologists and pathologists from around the US.  They’d present the cases, come to a consensus diagnosis, and then the hematologists would discuss some of the treatment options.”

Linden says he looks for opportunities to provide program support and asks for donations, including equipment donations.  “They didn’t have any dual-headed microscopes.  I found these very old AO (American Optical) binocular microscopes.  I packaged two of them and got them transported to Arequipa so that the pathologist and hematologist each had a microscope for teaching.”  Following a talk Linden gave at a flow cytometry conference in Duluth, a lab donated one of the binocular microscopes.  Linden took it to Florida and gave it to one of the Peruvian hematologists at the ASH meeting and the hematologist took it back to Peru.

The level of professionalism among Peruvian pathologists is quite high, Linden said.  He and Postigo-MacDowall hope to bring resources, personnel, and training to Arequipa through hematopathology and flow cytometry workshops with invited speakers from the U.S. and Europe.  The stunning beauty of the “White City” with its pearly sillar stone buildings in the embrace of volcanic cordillera should be a top attraction to help make that happen.  Linden and Postigo-MacDowall also hope to host the group of invited speakers for a post-workshop excursion to Cusco and Machu Picchu. 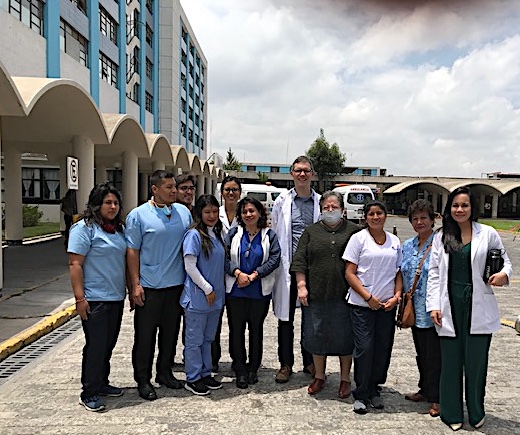