Medications and multidisciplinary care extending, improving the lives of those with spinal muscular atrophy

August is Spinal Muscular Atrophy (SMA) Awareness Month. SMA affects approximately 1 in 11,000 births in the United States, and about 1 in every 50 Americans is a genetic carrier, according to the CureSMA website. SMA can affect any race or gender. Individuals with the condition may have difficulty performing the basic functions of life, such as moving, breathing, and swallowing.

Director of the Pediatric Rehabilitation Medicine Program in the Division of PM&R, John Fox, DO, noted that spinal muscular atrophy is most commonly caused by a mutation or deletion in the survival motor neuron gene 1 (SMN1). “In a healthy person, this gene produces a protein that is critical to the function of the nerve cells that control our muscles,” he said. “Individuals with SMA don’t produce enough survival motor neuron [SMN] protein. Without this protein, those nerve cells cannot properly function and eventually die, leading to low muscle tone and debilitating, sometimes fatal, muscle weakness.” The muscles most affected are closest to the center of the body, such as those of the shoulders, hips, thighs, and upper back.

Tested at birth
There are five types of SMA — 0, 1, 2, 3, and 4 — based on the age that symptoms begin, and highest physical milestone achieved, Fox noted. Spinal muscular atrophy is the most common genetic cause of mortality in infants, according to the Muscular Dystrophy Association. “That is why the Minnesota Department of Health determined that, as of March 1, 2018, every newborn in the state get tested for the condition,” Fox said. “It’s a devastating disease and if we can catch it early, treatment can begin sooner and help preserve some of those nerve cells before they degenerate.” 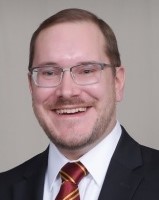 As a pediatric PM&R physician, Fox (pictured at left) gets involved with these patients in a specialized clinic. “At the U of M, there is a coordinated neuromuscular clinic that meets as part of the Paul and Sheila Wellstone Muscular Dystrophy Center of the Masonic Children’s Hospital,” said Fox. Disciplines involved include neurology, pulmonology, genetic counseling, physical therapy, and cardiology. “As part of the team, I help monitor the kids' development and motor skills and other rehab needs that might arise,” noted Fox. “I will often prescribe physical and occupational therapy that focuses on muscle strengthening and functional development. I also work with the parents and therapists on improving the patients’ joint mobility through the use of a stretching program.”

Building their endurance
The rehab team helps SMA patients build endurance and stamina and work on balance issues. “These kids also often have musculoskeletal conditions like neuromuscular scoliosis and subluxation of their hips, in which the hips migrate out of the joints,” Fox said. “This impacts the hips’ function and impedes positioning in their wheelchairs or can affect their gait mechanics, depending on their SMA subtype. It can also be painful.”

Without treatment, there isn’t a great outlook for these kids, Fox noted. “Within the past several years, however, there have been great advances,” he said. There are three medications that have been approved by the U.S. Food and Drug Administration (FDA) for treating SMA.

Medications can help
“The first drug, which was approved by the FDA in 2016, was a game changer,” Fox said. “It modifies the splicing process of the SMN2 gene, which allows for the production of full-length SMN proteins.” In 2019, the first gene therapy for spinal muscular atrophy in patients less than two years old was approved. “It replaces the affected SMN1 gene with a new working copy of the gene,” said Fox. The latest treatment is an oral medication for patients two months and older, which was approved in August 2020. “It also targets the SMN2 gene, causing it to make more functional SMN proteins,” Fox noted. “Neurology meets with patients and their families and helps guide decisions regarding which medication may be most appropriate for treatment.”

As a rehab physician, Fox focuses on improving function and increasing the independence of his spinal muscular atrophy patients. “While these new treatments help preserve motor control, they aren’t a cure for the condition. There is still a strong need for rehab care and ongoing research,” he said. “There is also equipment we can use to advance their mobility.” The U of M rehab team is working with adaptive equipment such as walkers, standers, wheelchairs, and orthotics to help increase SMA patients’ independence. “This will give the kids opportunities to interact with their peers and explore their environment,” said Fox.