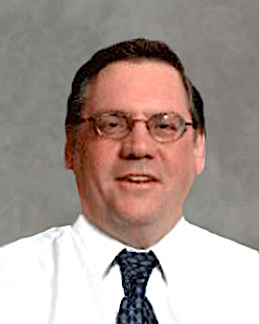 Gross earned bachelor and master degrees from North Dakota State University.  While pursuing a doctorate in biochemistry at the University of Minnesota he was a teaching assistant in food science and nutrition, a research assistant in biochemistry, and a research fellow at Mayo Clinic’s Endocrine Research Unit.   It was at Mayo that Gross was introduced to mass spectrometry (MS) of biological molecules, then in its infancy.   As the value of MS analysis grew over the years thanks to improved instruments and methods, so did Gross’s vision for applying MS biochemical analysis to the domain of disease risk and prevention linked to population studies. Mass spectrometry (MS) work builds upon the legacy of University of Minnesota physics professor and MS pioneer Alfred O.C. Nier (1911-1994).

Early in his research career, Gross focused on the measurement of dietary antioxidants present in vegetables and fruits and oxidative stress in blood and tissue samples.  These factors may act as biomarkers of chronic disease risk.  To advance research in this area, Gross created a sub-society of the American Society of Nutrition, named PhenRig (Plant Phenolics and Health Research interest group).  The society, which has been in operation for 20 years, features several invited speakers and awards for novel student phenolic research at each annual meeting.

To help bring MS biochemical analysis to disease epidemiology and population studies, Gross created the Molecular Epidemiology and Biomarker Research Laboratory (MEBRL), one of the few such laboratories in the country.  The reason there are so few is “because you have to get together both the biochemical measurements like MS with population studies.” Gross said.  “There aren’t very many places that do that.  It’s hard to bring together people with expertise in both areas.”

MEBRL has served as the central laboratory for studies that apply biochemical, immunologic and genetic MS and other techniques to the discovery, development, and application of biomarkers in cardiovascular disease, diabetes, and cancer.   According to Gross, MS allows for a highly precise characterization of biomarkers, molecules that suggest how well the body will respond to a treatment for a disease or condition.  MERBL has coordinated with LMP’s Advanced Research and Diagnostics Laboratory (ARDL), where Gross has been a faculty investigator.

Gross said one of the highlights of his research career was as a participant in epidemiological studies of South Asian populations that have among the world’s highest rate of noncommunicable diseases such as heart disease and diabetes.   Indeed, despite low rates of obesity, South Asians have a high rate of type 2 diabetes.  India has been dubbed the “world’s diabetes capital,” placing a high public health and economic burden on the government.

“I participated in a project called the International Clinical, Operational and Health Services Research Training Award program (ICOHRTA), which was funded by NIH’s Fogarty International Center,” Gross said.  “Every year for 15 years I and two additional US faculty would travel to India, and we would collaborate with diabetes groups in India [the Madras Diabetes Research Foundation (MDRF)].  We would work to increase the awareness of diabetes and of the laboratory requirements that were needed.  We would also help with diabetes prevention initiatives through lifestyle changes.  We were successful in changing things.  I think it was a feather in America’s cap.”

Gross also brought his MS analytical insights to bear for the CARDIA study (Coronary Artery Risk Development in Young Adults), the largest ongoing longitudinal study of cardiovascular disease and risk from youth through adulthood involving four U.S. medical centers including the University.  “We’re on year 35 now,” said Gross, who has focused on the role of metabolite molecules from food digestion or biochemical processes and their generation of “free radicals,” unstable atoms that can damage cells.  “I would say MS measurement and analysis have been applied in the last eight years or so.”

Gross said he was surprised that it took as long as it did “for MS methods to evolve into something we could use for population studies to generate data for the identification of risk factors and detection and prevention of disease.”   Now that that threshold has been crossed, MS analysis is an increasingly valuable technique being applied not only in genetic epidemiology and proteomics (the large-scale analysis of proteins) but also in agriculture, ecosystems ecology, atmospheric and geochemistry, and forensics, as evidenced by the surge in MS-related research publications in the field over the past decade.  It’s even being used to “decode” the biomaterials artists used for historic paintings including one by Leonardo da Vinci.

What does the future hold for MS?

“There’s no end in sight,” Gross said.  “It’s a malleable technique.  It’s very useful and it’s quite precise, which people like.  While it’s somewhat expensive to buy the machines, afterwards it become much less expensive for the routine running of samples.  It gets around a lot of problems associated with other measurement techniques.”

Given that precise measurement is what MS analysis is all about, it is fitting that the technique upon which Gross built his career has come to the fore in the early years of the era of precision medicine.  Gross is retiring this month after 35 years at the University, 23 of them in LMP.  He plans to stay in touch with his colleagues as an adjunct professor:  “I plan on keeping up with advances in MS techniques and their applications,” he said.