Mice have made numerous landmark contributions to medicine.  On the research front, their story of begins with Abbie E. C. Lathrop, a breeder of “fancy” mice and rats on her Granby, Massachusetts farm at the beginning of the 20th century.  Lathrop’s collaboration with renowned University of Pennsylvania experimental pathologist Leo Loeb yielded some 10 coauthored scientific publications related to mammary tumors among different strains of mice.   Lathrop’s mouse strains then figured in the pioneering research of Harvard geneticist C. C. Little, who studied the genetic basis for transplant rejection and founded the Jackson Laboratory in Bar Harbor, Maine in 1929, today the leading mouse research facility in the world housing some 11,000 strains.

More than 90 percent of our estimated 20,000 protein-coding genes have direct counterparts in mice, with 85 percent of mouse protein-coding regions practically identical to ours.  But humans are not mice (or, as satirists say, in most cases).  As valuable as laboratory mice are for modeling certain aspects human disease, depending too much on data from laboratory mouse experiments can mislead and may account for failures to translate potential treatments from bench to bedside.  That’s because laboratory mice fail to reflect important aspects of the human immune system such as large numbers of resident memory T cells that mount a robust immune response to re-encountered pathogens and suppress tumor growth.   Laboratory mice are typically inbred and live in abnormally hygienic specific pathogen free (SPF) facilities.  They are unique in the mouse world. 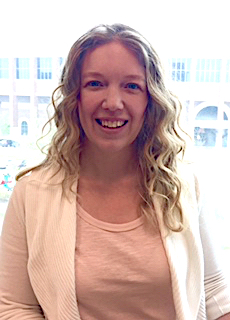 As LMP associate professor Sara Hamilton Hart recalls, it was in 2014 that her colleagues David Masopust, McKnight Distinguished University Professor of microbiology and immunology, and Stephen Jameson, LMP Chairman's Fund Professor in Experimental Pathology, embarked on a novel experiment.  Two years later data from that experiment was published in “Normalizing the environment recapitulates adult human immune traits in laboratory mice,” a paper in Nature coauthored by Jameson, Masopust, and Hamilton Hart and their colleagues.  In brief, they showed that mice from barns and pet stores, so-called dirty mice, recapitulate the human response to pathogens more closely than standard laboratory inbred mice, which are genetically homogenous and resemble human newborns just beginning to develop adaptive immunity following exposure to ambient microbes.

Masopust incubated the idea of studying free-living mice before he arrived at the University.  “When David joined us from Emory University he was exploring the idea,” Hamilton Hart said.  “He had done some preliminary work with wild mice.  Then he and Steve got together and decided to start pushing the project forward and that’s when I got involved along with Dave’s post-doc Lalit Beura.  It took off from there.”

Five years after publication of the Nature paper made headlines, the biomedical research community is recognizing the value of research mice “that have a more normalized flora of microbes since it’s so relevant for human populations,” Hamilton Hart said.  More and more investigators are employing dirty mouse models in their research, a trend reflected in a 2021 University of Toronto review with the title “Dirty mice join the immunologist's toolkit.”  For understanding immunology, it appears that strains of Abbie Lathrop’s “fancy” mice in their cages had important, if genetically distant, free-living relatives running around her farm.

In May, faculty from the University’s Institute on the Biology of Aging and Metabolism and the Department of Biochemistry, Molecular Biology and Biophysics (BMBB) together with colleagues from Mayo Clinic published a study in Science showing that senolytics, a class of drugs that clear defunct or senescent cells from the body, reduce coronavirus-related mortality in old mice.  Hamilton Hart and Jameson contributed to the study by analyzing young and old specific pathogen free (SPF) mice co-housed with pet store mice or exposed to their dirty bedding, creating mice with a “normal microbial experience” or NME.  They found that young NME mice fared well following exposure whereas all the old mice died except those treated with the senolytic fisetin, which extended the lifespan of old NME mice.  Mayo is conducting a clinical trial to determine whether fisetin, a flavanoid found in various fruits and vegetables such as strawberries, apples, grapes, onions, and cucumbers, can alleviate frailty, inflammation, and other age-related conditions in older adults.

“That was our specialized part of the paper,” Hamilton Hart said.  “It was interesting how that ended up fitting into the emerging story.  We started with, just out of curiosity—this was before the pandemic—how old mice would fare when exposed to the pet store mice.  And so we did the experiments and all of the old mice died.  That wasn’t super shocking because there’s a huge body of literature about the vulnerability of old mice to pathogens.  We paused a little bit and then the pandemic hit and we started thinking about how one of the primary viruses we were seeing transmitted was MHV [mouse hepatitis virus], which is a betacoronavirus that’s related to SARS.  Laura Niederhofer and Paul Robbins were studying these senolytic compounds that remove senescent cells.  They wanted to treat mice with fisetin to see if it improved survival with NME.  So that’s how it started.  We saw a pretty large effect, larger than anyone had anticipated.”

Hamilton Hart said there’s growing research interest in the whole area of cellular senescence and immunosenescence.  She and Jameson are interested in exploring the role of senescent T cells in aging and disease.  “There is a question about whether immune cells themselves have these senescent phenotypes or are they just being impacted by other cells?  There’s a lot to find out.”  Masopust, Jameson, and Hamilton Hart and their colleagues have reported finding greater numbers of memory T cells in dirty mice compared to typical laboratory strains.  The role of immunosenescence in mice with a more normal exposure to environmental pathogens, however, is yet to be investigated.

Mice purchased from pet stores are expensive to house in a research mouse facility, Hamilton Hart said.  They’ve been kept in a biosafety laboratory 3 (BSL3) facility to protect the SPF mice colonies from contamination.  Due to growing demand for BSL3 space by investigators experimenting with SARS-CoV-2, which requires a high level of biosafety, she hopes to find BSL2 space suitable for research activities with dirty mice.