LMP Professor Tucker LeBien will become emeritus in January 2022.  LeBien established himself as a leading B-cell immunologist over more than three decades before becoming Vice Dean for Research in the Medical School and Associate Vice President for Research in the Academic Health Center.  Currently, LeBien is Senior Advisor for Research Operations in the Office of Academic Clinical Affairs and Director of the Office of Discovery and Translation (ODAT) in the University's Clinical and Translational Science Institute (CTSI).  You can view his 2019 “Legends in Pathology” video interview here.  I recently interviewed LeBien to get his views on the past, present, and future of biomedical research.

Hoffman: The pioneering molecular biologist Sydney Brenner is famous for having said “Progress in science depends on new techniques, new discoveries and new ideas, probably in that order.” Do you agree? 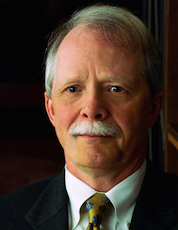 LeBien:  In biology there’s no question.  It’s all about techniques.  There are waves of scientific progress that are driven by technological breakthroughs.  Back when I started of course monoclonal antibodies were a breakthrough technique.  Moving forward recombinant DNA technology.  DNA sequencing was a breakthrough technique.  Two-photon imaging was a breakthrough technique in the analysis of tissues and cells.  Now, as famous a one as any, is the gene-editing tool Crispr-Cas9.  I should note that sandwiched between some of these is induced pluripotent stem cells.  This technology had profound effects not only on scientific progress but also the public’s interest in regenerative medicine as a better way to conduct stem cell research.  It’s interesting because when you reflect on those examples, and there are others, the curious person wonders what the next technical breakthrough will be.  Recently, there’s been considerable progress made on analysis of gene and protein expression at the cellular level through methodologies such as spatial genomics, where they’re able to interrogate tissues at the single-cell level for their mRNA complement and locate the position of individual cells within a tissue’s geometry.

Hoffman:  In your 2014 article “Novel Team‐Based Approaches to Advance Academic Translational Research” published in Clinical and Translational Science in 2014, you note that facilitating translational research can be hindered by traditional faculty autonomy and that many faculty do not have the expertise necessary to understand the business, regulatory, and intellectual property issues.  Comment on these challenges.

LeBien:  If you look at the landscape of a large public research university like the University of Minnesota, the core principle that’s operative in the minds of the vast majority of the faculty is academic freedom.   It’s a green light, with some societal constraints, to basically conduct any type of research you wish (as long as you can pay for the work).  That core value is still present.  However, the emphasis on and encouragement of commercialization of discoveries has in some cases increased quite prominently in the last 20 years or so.  Most faculty who conduct research have the background and training to address questions in their own field but literally have no expertise much less appreciation for how you commercialize those discoveries.  There was a paucity of understanding and appreciation for this, not so much a criticism of individual faculty but just a reality.  The Office of Discovery and Translation (ODAT) launched multiple programs for which the funding required a level of dialogue and teaching as to how you actually go about moving a project forward toward commercialization.  Sandra Wells who I hired to become the operational director of ODAT came here with expertise in commercialization in pharma and has been a real catalyst for the development of the office.  The bottom line?  My sense is that if you surveyed the faculty today, you’d have a higher percentage of [Medical School] faculty who have an interest, a genuine interest in seeing their discoveries move down a pathway toward having a tangible benefit to human health.  If you’re a faculty member who just wants to conduct fundamental research, who could care little about ever filing a disclosure on their discovery, I think that’s fine.  But we don’t want to lose the value of our discoveries.  I definitely think there’s a greater awareness, a shifting of the balance.

Hoffman:  The Minnesota Partnership in Biotechnology and Medical Genomics was launched in 2004.  Since then the State of Minnesota has invested some $143 million in the University of Minnesota and Mayo Clinic partnerships involving a PI from each institution collaborating on a project that is expected to result in NIH funding, and ideally leads to the development of a commercialized product or a clinical trial.  Has the partnership achieved those goals?

LeBien:  The State has been unwavering in its financial commitment to the Partnership.  We have records and data that indicate that there have been several hundred million dollars in new NIH awards based on that original award with co-PIs from the University and Mayo.  We’ve got a long list of disclosures and of patents that have been awarded.  What I’ve realized though is that even though we have a sense of urgency about these projects once they’re made -- we want people to get going, to conduct the research and see what comes of it -- but it takes time.  The Partnership when it was conceived and implemented in 2004 -- the constitution that guides and governs the Partnership -- its terms require that any revenue that’s generated through a project is shared by Mayo and the University. This is a requirement for accepting the award.  If you think about it, it’s kind of remarkable that the leaders of that time – at Mayo, Hugh Smith and at the University, Frank Cerra – came to the understanding that this made sense and was the best policy to put in place to encourage the two institutions to work together.  I’m a little biased, but I think the Partnership has done more to enhance the University-Mayo relationship than anything else.  Every year I’ve had the opportunity to see the initial submissions that come from the proposed joint collaborations.  I can tell you, the level of innovation and creativity in these applications blows me away.  Applications in neuroscience, genetics, immunology infectious disease, cancer, endocrinology….  There are some truly extraordinary technical advances people are in an early stage of developing.  It’s been a privilege for me to have a birds-eye view of all of this.  I know of no other program in the U.S. wherein support from a state government catalyzes biomedical research conducted by a private and a public institution. I’m always impressed with how these really bright people at both institutions find each other and see the complementarity that each one can bring to a project, which is a requirement of the project.

Hoffman:  Last December the journal Nature Medicine published an article entitled “2021: research and medical trends in a post-pandemic world.”  I’d like you to comment on the following six trends in biomedical research highlighted in the article.

1.  The new normal – The biomedical community is forever changed by the pandemic.

LeBien:  I think there’s some truth to that in the sense of how all of us have led our professional lives in the past 20 months.  A remote geometry has been the norm.  I’d like to think it’s going to inspire a lot of young people, whether it’s medical research or epidemiology, to enter those disciplines.  I’m actually quite hopeful.  It may take a while to realize.  I think what will stay the same – I hope – are all of the efforts to explore fundamental questions in disciplines that are not COVID-related; that people will continue to do because that’s their training, their expertise and interest.  You tend to migrate to where the money is. This will be an influence as various COVID dollars flow out of NIH.  People will look at that and say “I’d like to get some of that support.”

2.  Trial by fire for open repositories – The speed of SARS-CoV-2’s spread transformed how scientists disseminate information.

LeBien: The pandemic has driven us to a point of having to make decisions and express sentiments around preprint services, which were largely invisible to the biomedical research community before this.  I think they have merit.  I’d like to think that most of the preprint papers eventually get peer-reviewed and published.  I don’t think that preprints are a bad thing, but I think there are mixed opinions about the whole business of “claiming first.”  Person A and Person B.  Person A submits on BioRxiv and Person B two weeks later, but in the end Person B’s paper gets published before Person A.  Does it matter in the end?  And if you’re going to rely on BioRxiv and MedRxiv as sources of information you need to have some healthy skepticism.  There have been some highly questionable premature claims about COVID treatments that turn out to not be true.  That’s the dark side.

3.  Leaps and bounds for immunology—Basic research on the immune system, catapulted to the frontlines of the COVID-19 response, could pay off bigtime going forward.

LeBien:  These catastrophic diseases turn out to be – if you give me the latitude of placing them in context – they turn out to be gold mines for immunology.  Look at HIV/AIDS.  We learned more about the immune system from that disease than we could have ever learned without it.  The same thing is happening with COVID-19.  Plus, COVID is a multi-organ system disease, so practically everyone who practices medicine is, or will eventually be, involved in treating or managing patients, particularly those with so-called long COVID.  Are there going to be changes in textbooks because of discoveries with COVID as relates to the immune response?  No question.

LeBien:  That’s an area I’m less informed about.  I will say that imaging—the kind of experimental imaging that is done in the CMRR (Center for Magnetic Resonance Research) at the University – is an innovation driver.  Magnetic resonance imaging is conducted worldwide—that to me is a real frontier right now because neurodegeneration is linked to loss of cognition.  I read something in the last few weeks – it was [Nobel laureate] David Baltimore, who’s a thought leader as well as scientist.  He was asked “What do you think is the major frontier in biology right now?”  His answer was the molecular underpinnings of consciousness.  We have the new Masonic Institute for the Developing Brain that may contribute to unraveling this complexity.  It’s fabulous.

LeBien:  What’s more uncertain about the future of biomedical research – other than the impact of the pandemic – is whether the methodologies we’re used to employing will remain front and center.  Artificial intelligence and machine learning are having a major impact on biomedical research.  These are disciplines in which the average biomedical research scientist has no or little expertise.    So you need to team up with people. There are recently published papers that show, for example,  how machine learning is being used to develop new algorithms that suggest, for example, whether patients with prostate cancer are going to have a high-risk course or a low-risk course.  I see those tools as becoming more and more omnipresent.  Consider how much of your own health can now be managed through your smartphone.  Things like monitoring blood glucose for diabetics.  I’m blown away by the potential that digital health offers.  My father was a pediatrician.  He would view this a science fiction.  And here it is.

6.  “Be better prepared” – a new medical mantra to ensure that diagnostic testing capabilities and pipelines of vaccines and therapies are in place prior to an outbreak of pandemic disease.

Hoffman:  As you know, faculty in the department, the Center for Immunology and the Genomics Center were key in developing and rolling out in two weeks a novel quantitative polymerase chain reaction—reverse transcriptase (qPCR-RT) diagnostic test for SARS-CoV-2 followed by a novel SARS-CoV-2 total antibody ELISA (enzyme-linked immunosorbent assay).  Comment on those achievements.

LeBien:  I think that when the history of this time is written about the University, these accomplishments need to have their own chapter.  It looked so easy because these assays were developed at lightning speed. It wasn’t that simple.  I’m kind of in awe.  The department’s faculty contributions were huge!