U.S. surgeons performed record-breaking 41,354 organ transplants in 2021, a record-breaking 24,354 of them kidney transplants.  Changes to kidney allocation policy that aimed to increase organ access and distribute kidneys more broadly, implemented in March last year, have been a dramatic success.  Kidney transplants for all populations have increased by more than 20 percent, according to the United Network for Organ Sharing, UNOS.

The first kidney transplant at University of Minnesota Hospitals was in 1963.  Since then, more than 10,000 kidneys have been transplanted by University surgeons, ranking M Health Fairview among the national leaders.  Recently, M Health Fairview has emerged as No. 1 in the country in kidney paired exchange according to U.S. Health & Human Services’ Organ Procurement and Transplantation Network (OPTN), which is managed by UNOS.  A paired kidney exchange or “kidney swap” occurs when a living kidney donor’s HLA (human leukocyte antigen) tissue type is incompatible with the antibodies circulating in his or her intended recipient, say a spouse or sibling, but is compatible with the antibodies present in another person on the kidney transplant waitlist. 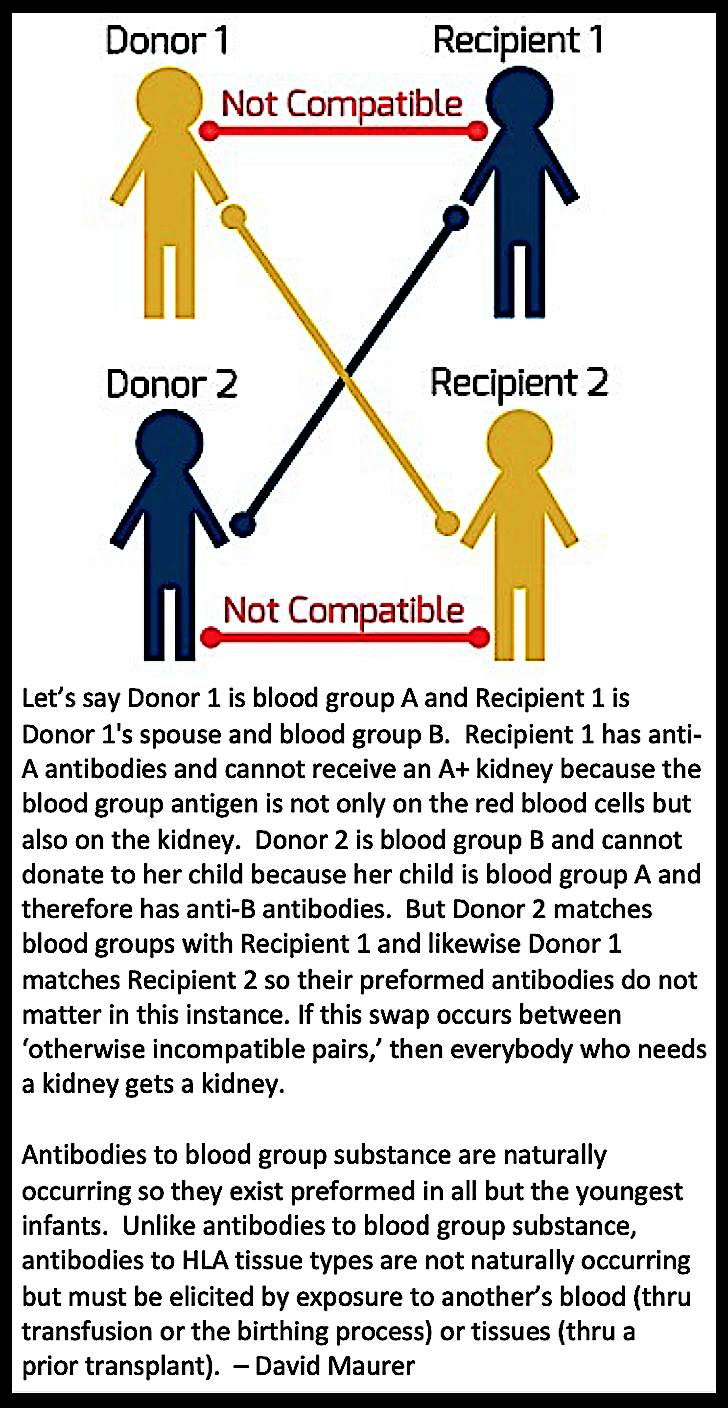 M Health Fairview’s kidney transplant program also leads the nation in the percentage of well-matched (low eplet mismatches) kidney transplants, based on data from the National Kidney Registry.  The upshot is that these kidneys should last longer and recipients should experience fewer rejection episodes over the life of the kidney.  What paired kidney exchange and low eplet mismatches mean for patients and their families is well illustrated in the M Health Fairview story “Paired for life: Five Minnesota kidney donors and recipients meet in rare reunion.”

M Health Fairview’s success in overall kidney transplantation and paired kidney exchange is due in no small part to the work of the Immunology and Histocompatibility Laboratory and its team headed up by LMP associate professor David Maurer and assistant professor Penn Muluhngwi.  It is in the human body’s HLA system where the genes that determine tissue compatibility in solid organ transplantation reside.  The Immunology and Histocompatibility Laboratory specializes in analyzing these genes for making better matches and in determining the fine specificity of antibodies made by potential kidney recipients to ensure that transplants are always compatible.

What are eplets and why are low eplet mismatches important in paired kidney exchange?  An eplet is defined as a single polymorphic or highly variable amino acid or a small patch of polymorphic amino acids on or near the surface of an HLA molecule.  An eplet represents the smallest functional unit recognized by an antibody’s antigen-binding site or epitope. 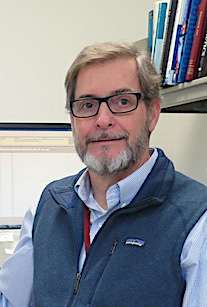 “An eplet can be a biomarker,” Maurer said, citing a 2019 study reporting that quantifying the number of single molecule eplet mismatches between individual class II HLA molecules called DR and DQ “may represent a precise, reproducible, and widely available prognostic biomarker that can be applied to tailor immunosuppression or design clinical trials based on individual patient risk.”

Maurer said because HLA molecules are so highly polymorphic, “it’s difficult to obtain matches for the whole molecule.  You try to deconstruct the molecule into its component parts to find ways to minimize the mismatch between the pieces and parts.” 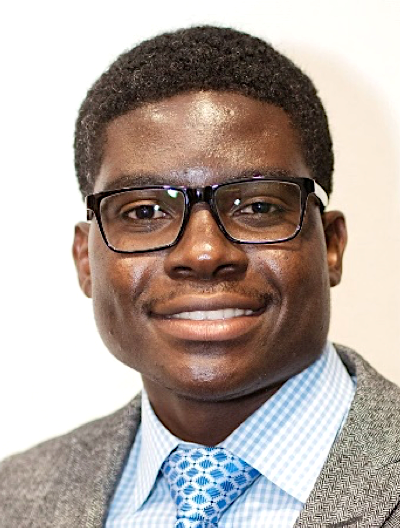 Muluhngwi said that University of Pittsburgh Medical Center pathologist Rene Duquesnoy first described in a retrospective study these tiny differences, or eplets, recognized by antibodies that could be shown to correlate with the level of antibody-mediated organ rejection subsequently experienced by patients.  “The more eplet mismatches in patients, the greater the potential for donor-specific antibodies (DSAs) to trigger organ rejection,” Muluhngwi said.  Eplet mismatches constitute “a particular tool, a predictive model for determining potential future DSA development.”

Duquesnoy used a software tool called HLA Matchmaker to identify eplet mismatches in samples.  Maurer said that working with LMP professor Nathan Pankratz, Director of the Division of Computational Pathology (CompPath), the HLA lab is developing its own software program.   “We found Matchmaker extraordinarily difficult to use.  The state of typing back then was not sufficiently advanced that you could unambiguously determine eplet load or eplet burden.  You had to ‘impute’ what you thought was the high-resolution type from the low-resolution data.”

Maurer, Pankratz, and Gizem Tumer, now at Indiana University, teamed up with funding support from LMP’s Molecular Pathology and Genomics (MP&G) Division.  They published an abstract entitled “Eplet-based, HLA antibody analysis using a semi-automated suite of applications” for a joint meeting of the British Society of Histocompatibility and Immunogenetics and the European Federation of Immunogenetics in April 2020.  “It was a retrospective analysis of a small number of patients where we had imputed the data and where we actually went back and used NGS [next-generation sequencing] to get the verified high-resolution type,” Maurer said.  “We found there were significant holes in the [HLA Matchmaker] imputation method.”  But then the pandemic hit, temporarily derailing the project.

The application suite created by Maurer, Pankraz and Tumer is designed to facilitate visual identification of eplet patterns using mean fluorescence intensity (MFI) of HLA proteins complexed with antibodies to assess the strength, specificity, and timing of a patient's antibody response to mismatched eplets.  Results are sorted and entered into a relational database.

The novel in-house eplet test created by Maurer, Pankratz and Tumer focuses on class Il HLA-DR and DQ molecules because studies show donor specific antibodies directed against HLA-DQ result in poorer graft outcomes than those directed against other HLA molecules.  “With this test you can look at the eplets and make comparisons between the donor and the recipient and see exactly how much mismatch is present,” Muluhngwi said.  “You can also look at the antibody profile.  Based on the eplets you can tell what the likelihood is of an antibody response in a particular donor.”

Though eplet mismatch analysis has been around for some 20 years, the studies have been largely retrospective.  “The transplants have already occurred,” Maurer said.  “We look at the eplet mismatch and see if it correlates with death-censored graft survival.”  But that’s changing.   “What we’re working on now is a forward-looking project where we’re trying to minimize the donor-recipient mismatch at the outset.  Now we have the tools to home in on this prior to the transplant.”

Today there are patients who received a kidney as children who may be on their third or fourth kidney as older adults, he said.  That’s why maximizing the long-term graft survival is critical.  “We hope to get to a point where one kidney transplant will last the subsequent lifetime of the individual.”

Precise HLA typing with low eplet mismatches is just one factor among many that govern kidney transplant rejection, Maurer said.  “Rejection is kind of like the tip of the spear.  There are so many other genetic factors and environmental factors that feed into whether or not a given patient loses the function of their graft or goes on to stably maintain function of their new organ for years to come.  But eplet mismatching is something that we can measure and control and hopefully minimize.”