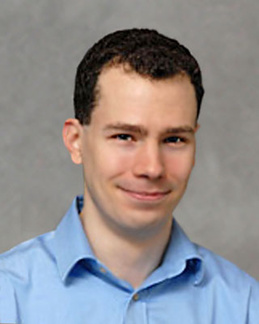 Dr. Pankratz is director of the Division of Computational Pathology and a member of the Division of Molecular Pathology and Genomics who conducts research at the intersection of genetics, epidemiology, statistics, and computer science in the context of population studies. After a decade of focus on the neurogenetics of Parkinson and Alzheimer disease, Pankratz has expanded his research efforts to investigate genes and biomarkers associated with cardiovascular disease and cancer. He conducts meta-analyses of data sets from large-scale studies of these diseases using linkage analysis, genome-wide association studies (GWAS), analysis of copy number variation (CNV), and analysis of targeted whole-exome and whole-genome sequencing data produced by next-generation sequencing (NGS) technologies.

NIH-sponsored cohort studies such as the Atherosclerosis Risk in Communities (ARIC) study and the Coronary Artery Risk Development in Young Adults (CARDIA) study give Pankratz and his fellow collaborators large data sets to analyze in their search for genetic factors involved in cardiovascular disease (CVD). These meta-analyses usually involve multiple institutions and collaborators, often under the banner of the Cohorts for Heart and Aging Research in Genomic Epidemiology (CHARGE) consortium. Pankratz has led exome-wide meta-analyses for the CHARGE working groups focused on hemostatic factors, hematology markers, and inflammatory biomarkers of CVD, using data from as many as a hundred thousand research participants. Advanced software tools are required to manage the resulting large datasets and perform genetic analyses, and developing such software is a major focus of the Pankratz lab.

One of the Java software packages that the lab is actively developing is designed to more reliably identify copy number variants (CNVs) in the human genome. CNVs are gains or losses of large DNA segments that vary from one individual to the next. CNVs are associated with many common diseases, but they can be difficult to detect and measure with the most commonly used genomic platforms. Software that is easy to use, automatically implements best practices, and allows for the meta-analysis of multiple datasets will allow investigators to identify CNVs associated with complex diseases, such as those being studied by the CHARGE consortium. Large-scale genome-wide association studies focused on CNVs will go a long way toward clarifying their role in health and disease.