October 10th marked Indigenous Peoples’ Day.  Since 1934, the second Monday in October has been known as Columbus Day but this is changing.

In 1990, South Dakota became the first state to make the switch, leading more than a dozen other states and over 100 cities to follow suit.

Last year, President Biden became the first president to formally recognize the day, honoring the contributions of Native communities and acknowledging  the challenges that Indigenous people continue to face.  Although certainly a step in the right direction, the symbolic gesture is not enough.  More needs to be done as marginalization of Native Americans continues even today.  Approximately 10% don’t have access to safe drinking water or basic sanitation.  And the effects of climate change (think: rising sea levels, extreme heat) are making their already-diminished amount of land, because of forced relocation, uninhabitable. Plus, more than 4 in 5 American Indian and Alaska Native women have experienced violence in their lifetime.  Furthermore, Indigenous communities also face significant health disparities including higher rates of diabetes and psychological distress when compared to other US groups, as well as a shorter life expectancy.  This is a reminder that more awareness and action is needed year long.

We are committed in our Urology Department to provide the best care possible for our indigenous patients, work on closing the research gap that exists for this population, and increase the number of underrepresented trainees in Urology.

The following is a message from one of our urology residents in training Dr. Benjamin Brown:

"My name is Benjamin Brown. I'm White Earth Ojibwe and a first year resident at the University of Minnesota Department of Urology. My maternal grandmother was born here in Minnesota, but moved to Spokane, WA when she was young. Her mother was Verna Fairbanks, who was born on the White Earth reservation; as a young woman she, like many Native children, was taken from her family and placed in overcrowded and unsafe boarding schools. They cut her hair and forbid her from speaking Ojibwa. My mother grew up in a very different time and place, but faced the same prejudices against Native people; I remember her telling me that she would pretend to classmates that her black hair and olive skin came from Spain or Greece. She didn't feel safe in her Native skin otherwise.

The idea of medicine came to me from my mother. She worked as a Medical Assistant while she raised my sister and I as a single mother. Her skills and her compassion for patients did good in the world and put food on our table. I am the first physician in my family, as well as the first to graduate from any kind of professional school. I was lucky to have a community of Native medical students and faculty mentors at the University of Washington, and they opened my eyes to the health needs our community faced. I'm the author of two manuscripts on Native American surgical and urologic oncology outcomes, and had the honor of helping care for many Native patients from the Pacific Northwest. Statistics clearly show the suffering and privation that five centuries of settler colonialism have wreaked on our communities. Native youth die of suicide at 3.5 times the national rate (Center for Native American Youth, 2019). Native people die of kidney cancer at 2 times the rate of non-Hispanic Whites (Mary White et al, 2014). Oglala Lakota County in South Dakota has the lowest life expectancy of any in the country; 66.8 years. This is lower than the life expectancy of Ethiopia, Pakistan, or Senegal.

What statistics cannot show is our resilience as a culture; the joy of our close-knit extended families; the serenity of our ceremonies. I am proud to be a Native American urologist in training. I am humbled by the trailblazers who offered me their helping hands on my path. And I am hopeful that I can grow to be a bridge between Native American people and the excellent urologic care they have historically struggled to access." 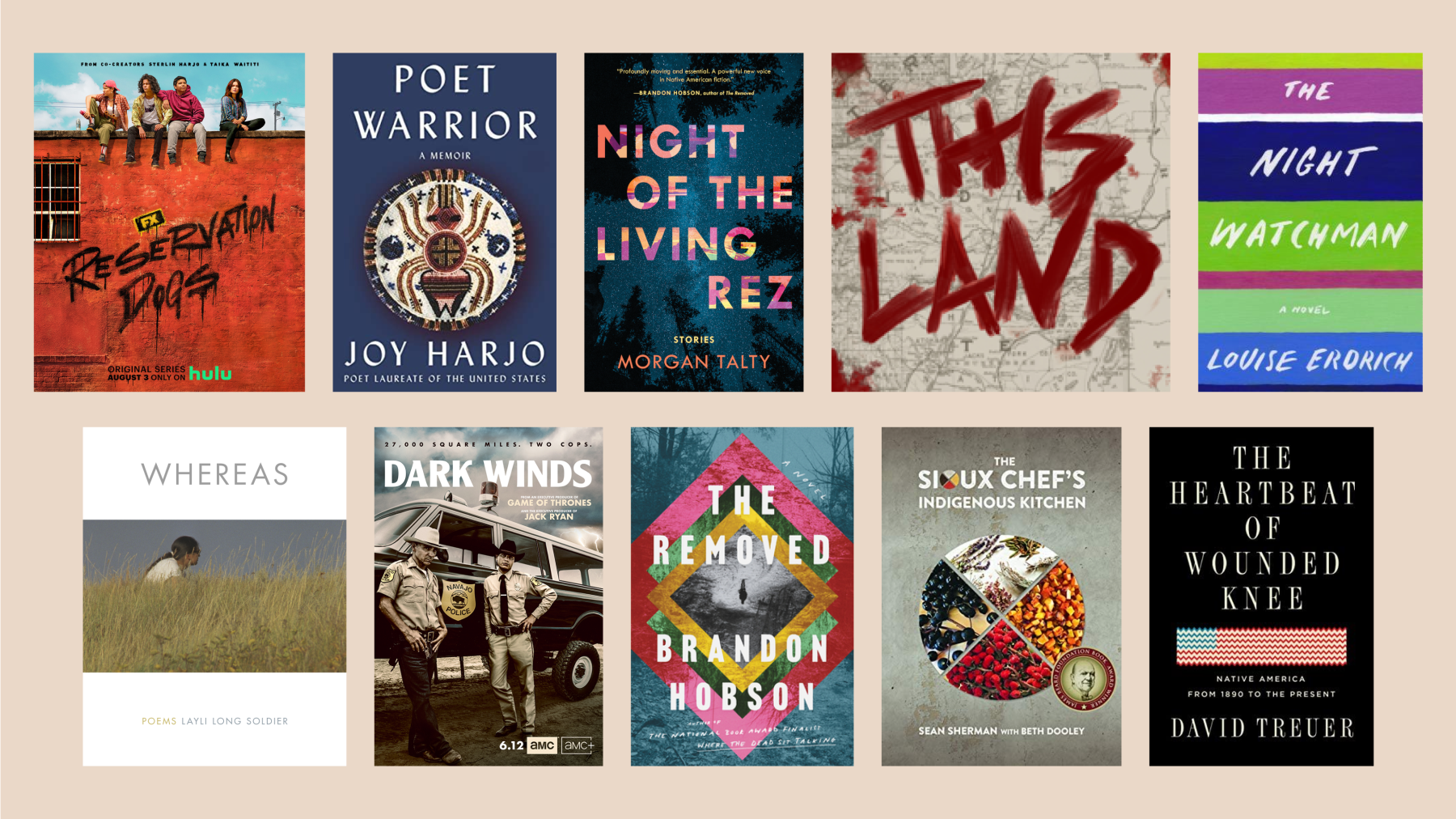 Design: theSkimm
Looking for recs to check out on Indigenous Peoples' Day? Dive into these books, pods, and shows by Indigenous creators.
"Reservation Dogs"...a comedy series by an all-Indigenous cast, crew, and writer's room about four Oklahoma teens growing up on the rez.
"Poet Warrior" by Joy Harjo...this memoir from the nation's first Native American poet laureate explores heartache, loss, and much more — through a combination of poetry, prose, and song.
"Night of the Living Rez" by Morgan Talty...a buzzy collection of short stories about life on the Penobscot Indian Nation reservation.
"This Land"...an award-winning podcast, hosted by Cherokee writer Rebecca Nagle, that investigates land rights, adoption of Native children, and other timely issues.
"Whereas" by Layli Long Soldier...a poetry collection that responds to the gov's often overlooked "Apology to Native Peoples."
"The Night Watchman" by Louise Erdrich...based on a true story, this book won the 2021 Pulitzer Prize for Fiction. Need we say more?
"Dark Winds"...based on popular mystery novels, this series follows two tribal police officers investigating a series of crimes on the Navajo Nation. Spoiler: It's binge-worthy.
"The Removed" by Brandon Hobson...a powerful novel that tells the story of a fractured family as they reckon with the tragic death of their son.
"The Sioux Chef's Indigenous Kitchen" by Sean Sherman with Beth Dooley...Indigenous cuisine is having a moment — thanks in part to Sherman. And his James Beard Award-winning restaurant, Owamni.
"The Heartbeat of Wounded Knee" by David Treuer...explores Native American history from 1890 to the present. And highlights Native American resilience despite forced relocation and more. 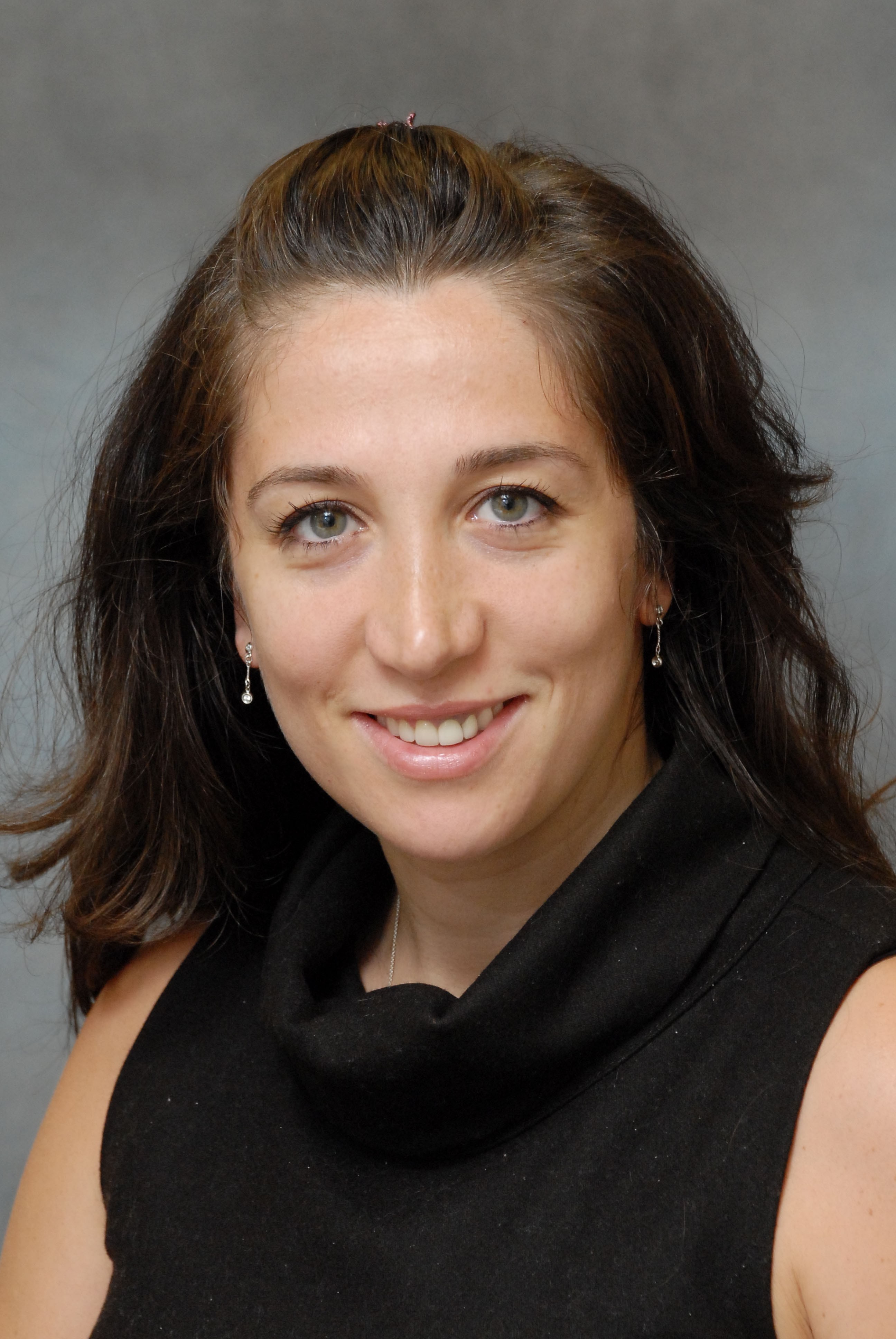 Nissrine Nakib, MD is the Director of Pelvic Floor Medicine at the University of Minnesota. Dr. Nakib has a busy clinical practice that entails caring for patients with pelvic organ prolapse, incontinence, pelvic pain, recurrent urinary tract infections, as well as those with spinal cord injuries and neurogenic bladders. As lead of the Urology Department’s Quality Control she works hard to establish safety and quality measures in order to ensure patients get the best possible care. Additionally, she conducts clinical and translational research with focus on sacral nerve modulation and other urinary disorder treatments. Education is an integral part of her role at the University and she enjoys teaching residents and medical students about Female Pelvic Medicine and Reconstruction through mentoring, didactic sessions, and anatomical training labs. Furthermore, she strives to increase public awareness and educate her patients on urological issues in women. Gender and other equity issues are an important topic to Dr. Nakib and she values her work as the Chair of The Diversity, Equity and Inclusion Committee for the Urology Department. She is also a member of the American Urological Association North Central Section Committee for Women. Last year she joined The Strategic Communication and Collaboration Action Committee in The Center for Women in Medicine and Science. Dr. Nakib was voted as the Chair of this committee and looks forward to accomplishing great things in her new role. Full Bio 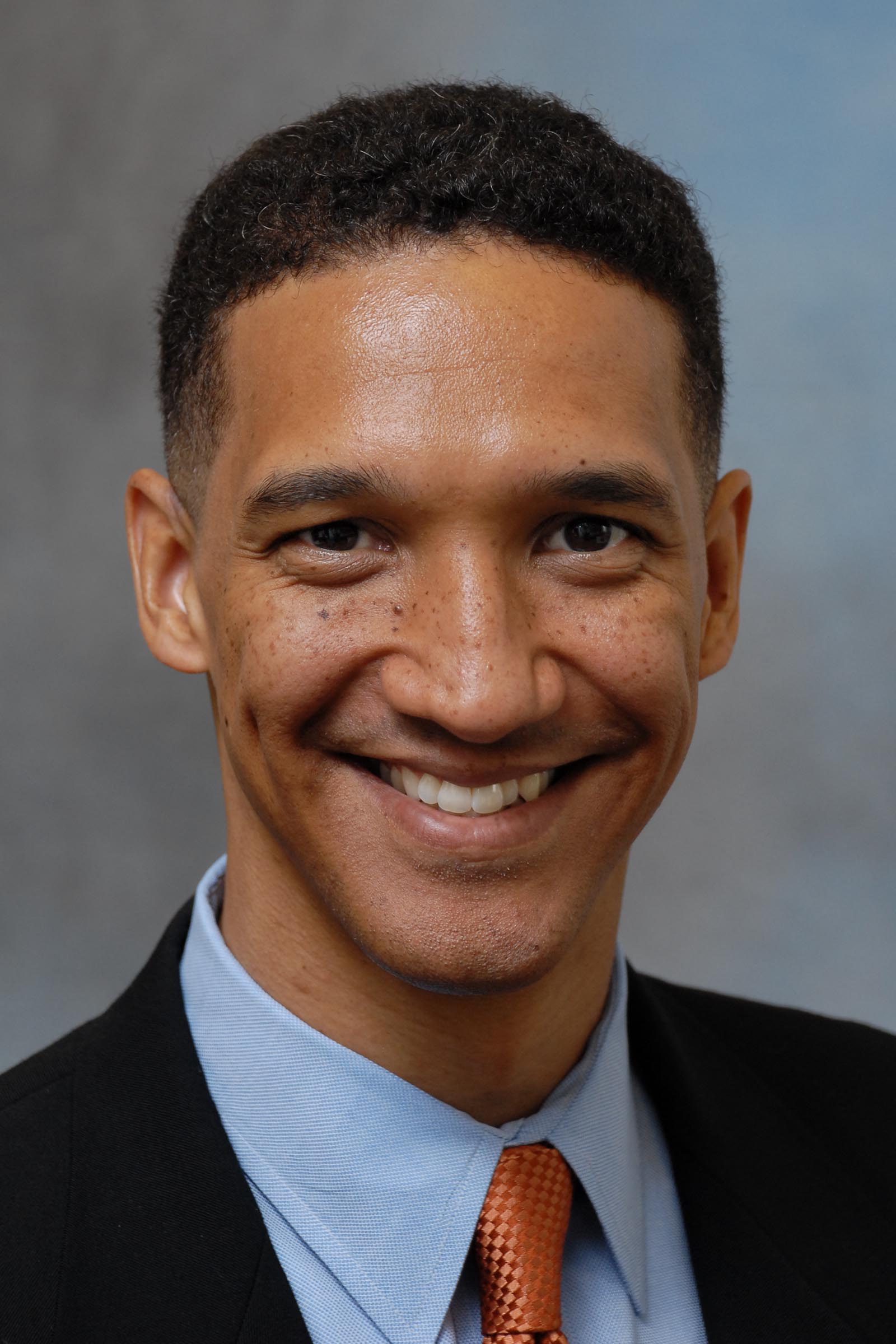 Dr. Christopher Warlick is the Department Head for the Department of Urology and is an Associate Professor who treats several urologic cancers, with an emphasis on prostate cancer. Dr. Warlick has a busy prostate cancer practice and is a nationally recognized leader on Active Surveillance for low risk prostate cancer, while performing robotic-assisted laparoscopic radical prostatectomies for men requiring definitive therapy.  Dr. Warlick has ongoing research focusing on the use of MR imaging in prostate cancer, the development of novel tests to help determine early signs of disease progression, and on programs to increase the use of shared decision making around PSA screening and prostate cancer treatment decision making. Full Bio 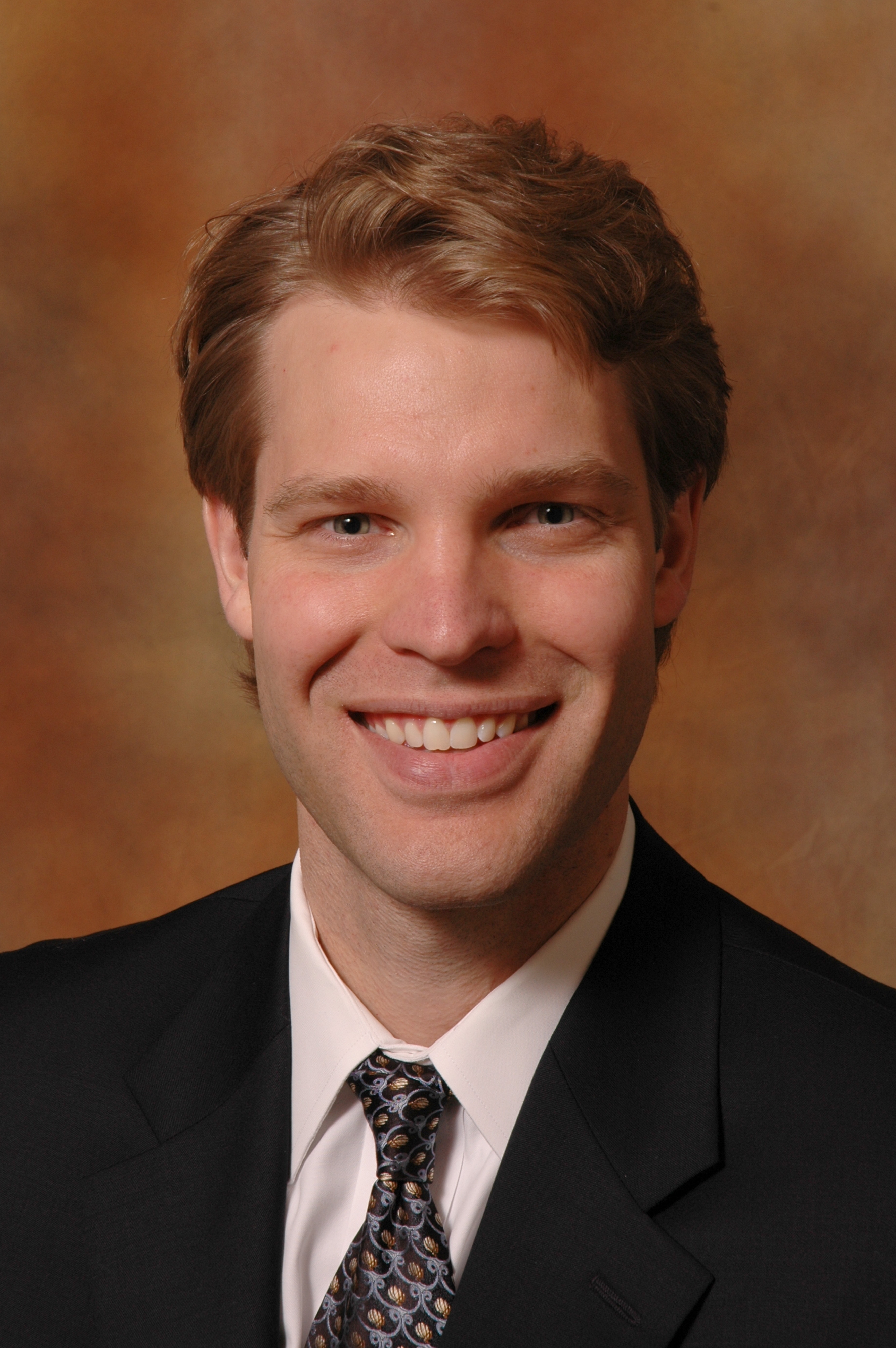 Dr. Kyle Anderson is interested in a variety of urologic conditions, including laparoscopic treatment of abnormalities including kidney cancer, ureteral pelvic junction obstruction, prostate cancer, adrenal abnormalities. He also specializes in minimally invasive thermotherapy for kidney cancer and kidney stone disease.  When he’s not in clinic, Anderson is an associate professor of urologic surgery at the University of Minnesota Medical School. His research focuses on the use of thermotherapy (cryotherapy and radiofrequency ablation) for the treatment of kidney cancer. Full Bio 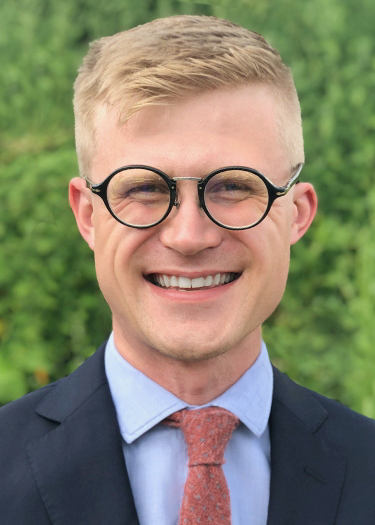 Ryan Haggart is a first year urology resident at the University of Minnesota. He attended the University of Chicago for undergraduate school where he was involved in multiple non-profit organizations including ArtShould, Young Chicago Authors, and Health Leads where he helped create and manage arts and health programming targeted to the Southside of Chicago. He attended the University of Wisconsin-Madison for medical school where he was vice-president of MEDiC, the only free healthcare clinics program in Madison. He is passionate about finding solutions to healthcare disparities. He has been part of research efforts on a health coaching model to address healthcare disparities in hypertension outcomes, and he is currently involved with a randomized controlled trial developing methods for the sexual rehabilitation of sexual minorities following prostate cancer treatment.

Mary Jo Hadler is the Administrative Director for the Department of Urology.  She has been a leader, mentor, and coach for female athletes for over 17 years.  Additionally she is a member of the YWCA - "the YWCA is on a mission to eliminate racism, empower women, stand up for social justice, help families and strengthen communities."

It is hard to believe that it has been two years since the murder of George Floyd sparked world-wide protests against police treatment of people of color, which has evolved into a recognition of more broad challenges faced by people of color and other marginalized populations in the US and around the world.  While there have been many calls for change and even some actions taken to address some of these challenges, recent events including the racially motivated mass shooting in Buffalo, NY (my hometown) are a painful reminder that there is yet still much work to do.  The work begins with us as individuals, but only through working together are we likely to make substantial progress.  Let's continue to support each other in this work and move collectively toward a better future.

Data Bias in a World Designed for Men

Center for Women in Medicine and Science (CWIMS)

Our goal is to provide state-of-the-art urologic care for our patients.  In order to achieve this, it is imperative that we cultivate an environment that values diversity, fosters inclusion, and pursues equity for our faculty, residents, staff and patients alike.  By doing so, we appreciate the positive differences that derive from diversity of thought and experience, and as such, promote mutual trust and respect for all.