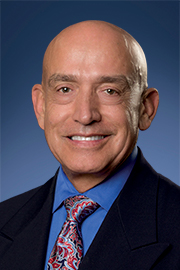 As Dr. Diaz recalls the time he spent as a resident in the Neurosurgery Department, he describes several principles he learned at the U that helped support the foundation of his distinguished career.

Mentorship
“When I came to the University of Minnesota, I had the great fortune to be mentored by three people who made my life very strong,” he said. “First, Dr. Lyle French, who was then the vice president of the University and was a phenomenal individual and role model. Second, Dr. Shelley Chou who was a brilliant teacher and taught me surgical technique and how to be curious and untiring. The person I worked with most closely, however, was Dr. James Ausman, who taught me cerebrovascular surgery. I specialized in that for the first 20 years of my career.”

The notion of mentorship was carried into his own career. “At the end of my ten years as Neurosurgery Department Chair at Wayne State University in Detroit, I had trained many younger neurosurgeons, one of whom became an endovascular neurosurgeon,” Dr. Diaz said. “I knew it was only a matter of time – the cerebrovascular surgery I was doing was a dying thing. I wanted one of my guys to become the leader, and now, he has the best group of endovascular neurosurgeons in Michigan.” 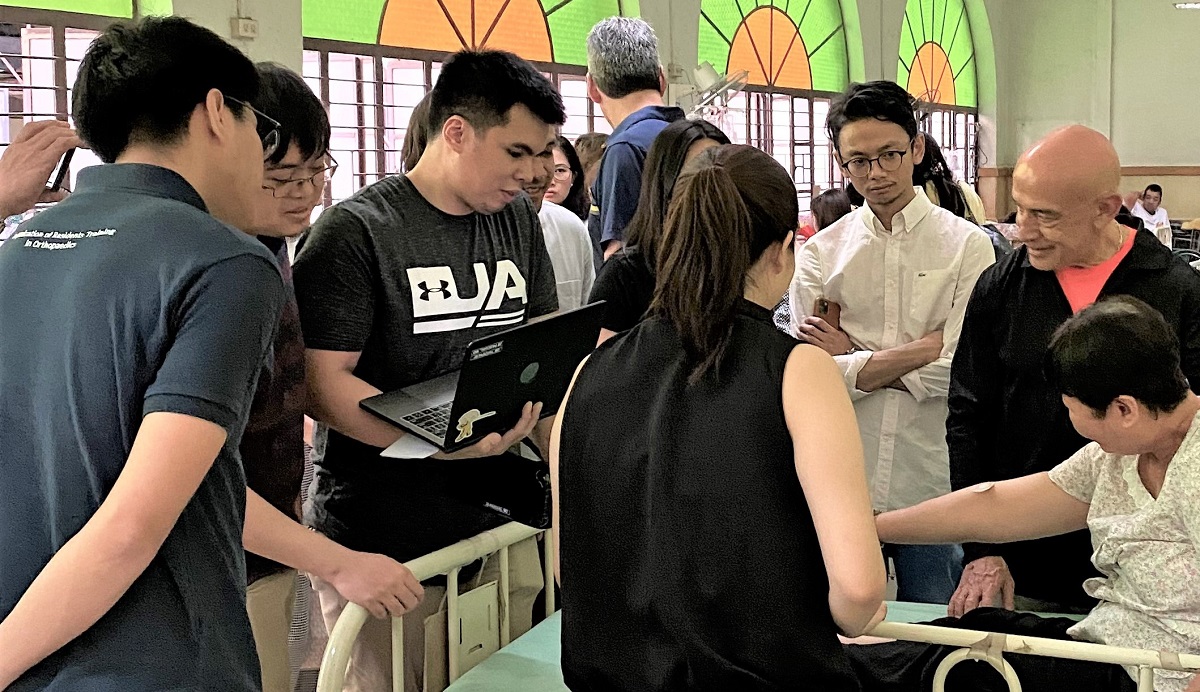 Dr. Diaz (pictured here working with students in Manila) attributes his ability to evolve to Dr. Chou’s mentorship. “When I became program chairman at Wayne State and then began running the residency program, I moved more into spine surgery, which was something I learned from Dr. Chou,” he said. “He had a great deal of interest in tuberculosis of the spine, and I worked with him on spinal reconstructions for Pott’s Disease.” That condition is also known as tuberculosis spondylitis, a rare disease of the spine that is typically caused by an extraspinal infection.

Mentorship isn’t just a principle in Dr. Diaz’s professional life. “Right now, my youngest son is 16 so I’m his Uber driver,” he said, laughing. “What I enjoy most is the time I spend with him in the car, talking and bonding. I listen to what matters to him and promote areas of interest he doesn’t quite see he has.”

Aspiration
Although aspiring to great things probably came naturally to Dr. Diaz, he credits Dr. French with instilling that in him during his residency. As a result, Dr. Diaz has chaired two neurosurgery departments, not only at Wayne State University but also at Oakland University School of Medicine and William Beaumont Hospitals, both in Detroit. He built up both of their residency programs and the program at Oakland University is now fully accredited and will accept one resident a year.

Making another aspirational career move, Dr. Diaz founded the Michigan Head and Spine Institute in 1990, which he describes as a mixture of academic and private practice. “I’m restless and have to burn all the time, so I have more degrees than a thermometer,” he quipped. One of those degrees helped him put together the business infrastructure for the Institute. “We cover the southeast portion of Detroit,” he said. “We have 25 providers at several hospitals, including Beaumont.”

Little by little, Dr. Diaz has whittled his responsibilities at the Institute down to almost nothing. “I have ended up becoming a robotic spine, minimally invasive surgeon,” he said.

Excellence and compassion
Another principle that Dr. Diaz learned at the University of Minnesota was to always push for excellence. “I got my PhD with that idea in mind and transferred that philosophy to Wayne State,” he said. “I had 10 residents graduate with PhDs – it was mandatory. We will eventually require that at Oakland.” 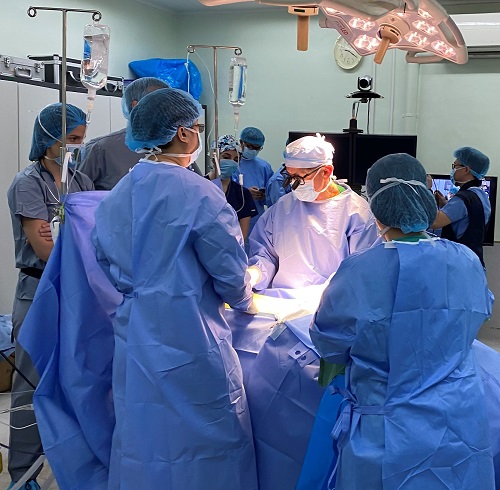 Dr. Diaz (pictured here working in a military hospital) has excelled in a completely different part of his many lives. He spent 20 years in the U.S. Air Force Reserves and rose to the rank of Lt. Colonel. “I ended up going to the Iraq War, which gave me an opportunity to meet many fascinating people,” he said.

His experience in the Air Force broadened Dr. Diaz’s world view and was part of what inspired him to participate in multiple neurosurgical missions around the globe. “I’ve taught in all of Latin America, speak five languages, and have done surgery in Spain, France, Italy, China, Indonesia, Cyprus, and most of Latin America, including Brazil and Argentina,” he said. “I love teaching and helping people.”

Established in honor of William T. Peyton, founding head of the University of Minnesota's Department of Neurosurgery, the William T. Peyton Society meets in Minneapolis approximately every five years. All graduates and current and former faculty of the Neurosurgery Residency Training Program are members of the Society.