The Haines Family Lectureship on Clinical Research in Neurosurgery 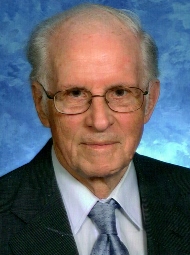 The Haines family has a long association with the Department of Neurosurgery at the University of Minnesota. The late Gerald Haines (pictured at left) came to the University of Minnesota to begin his residency training in neurosurgery in 1949 after serving in the Army in World War II. He completed his internship at Worcester City Hospital in Massachusetts and a year of pathology training at the University of Vermont. Dr. Haines finished his residency training in 1953, having done course and experimental work in pursuit of the PhD in Neurosurgery. He spent one year at the Montreal Neurological Institute under the tutelage of Wilder Penfield and William Cone. After completing training in 1953, Dr. Haines entered the practice of neurosurgery in Schenectady, NY. During the early years of his practice, he completed a PhD dissertation titled, “Studies on the Blood-brain and Blood-liquor Barriers by Radioisotope Methods,” and was awarded his degree in 1959. His dedication to the science of neurosurgery must have made a great impression on his son, Stephen, who followed in his footsteps many years later. 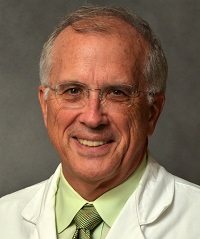 Following in his father's footsteps

Stephen Haines, born the year his father began neurosurgical residency, followed his father to obtain an MD degree at the University of Vermont, where the Haines family had deep roots. His surgical internship at the University of Minnesota was followed by residency training at the University of Pittsburgh and a period of study under the auspices of the Van Wagenen Fellowship of the American Association of Neurological Surgeons in Oxford, England. In 1982, Shelley Chou, a 1955 graduate of the residency program who became Head of the Department in 1974, brought Dr. Haines onto the faculty where he rose to the rank of Professor in 1993. In 1997, he assumed the position of Professor and Chair of the Department of Neurological Surgery at the Medical University of South Carolina. In December 2003, the pull of Minnesota brought him back to the department as the Lyle A. French Chair, Professor and Head of the Department of Neurosurgery.

Both Drs. Haines are devoted to applying the principles of scientific investigation to the practice of neurosurgery. Stephen’s work in the application of clinical trials methodology to clinical neurosurgery and subsequently to the field of evidence-based neurosurgery, brought international recognition to the U’s Department of Neurosurgery as a leader in this field. In 2011, to recognize the importance of this subject, bring outstanding practitioners of high quality clinical research to the department, recognize the visitor’s accomplishments and stimulate more high quality clinical research, Drs. Gerald and Stephen Haines endowed the Haines Family Lectureship in Clinical Neurosurgical Research. The lecture will bring a recognized authority to the department each year to interact with residents and faculty and give a lecture to the Minnesota neurosurgical community.

2022 Lecture: Sunday, May 15, University of Minnesota Campus Club, Coffman Union: Clinical Research Training in Neurosurgery: What, Why and How 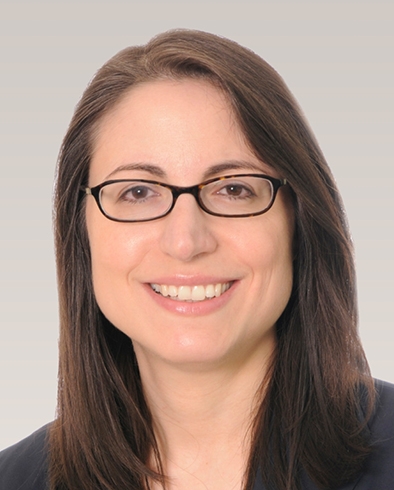 This year's lecture features Sepideh Amin-Hanjani, MD, FACS, was born in Tehran, Iran, to a family with a strong inclination towards the medical profession. She was one of the youngest to ever enter Harvard Medical School, where she obtained an MD. She then completed a general surgery internship and neurosurgery residency at Massachusetts General Hospital.

After completing residency, Dr. Amin-Hanjani joined the faculty at Massachusetts General Hospital, where she remained for two years before leaving to pursue her primary interest in cerebrovascular surgery. She completed a Cerebrovascular and Skull Base fellowship at the Barrow Neurological Institute, and assumed a faculty position at the University of Illinois at Chicago, where she currently serves as Professor and Residency Program Director. She maintains an active clinical practice as the co-director of neurovascular surgery, as well as a busy research program, including a track record of NIH funding for the examination of cerebral blood flow and stroke risk.

Dr. Amin-Hanjani is past chair of the AANS/CNS Cerebrovascular Section and the AANS/CNS Joint Guidelines Review Committee, and is an active participant in several national committees, including serving as chair of the Scientific Statement Oversight Committee for the American Heart Association Stroke Council. She participates in editorial review for multiple journals, and serves on the editorial board of Stroke, Journal of Neurosurgery, and Neurosurgery. 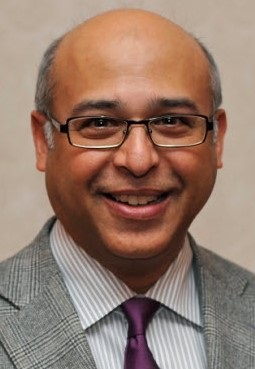 surgery at Lahey Hospital and Medical Center in Burlington, MA, and Associate Professor of Neurosurgery at Tufts University School of Medicine in Boston. His topic, "Generating Neurosurgery Evidence: RCTs, Registries, and now AI."

July 27, 2012: Beverly C. Walters, MD, MSc, FRCSC, FACS, in conjunction with the Peyton Society meeting and the 75th Anniversary Celebration of the Neurosurgery Department. Her lecture was titled, "Adventures in Evidence-based Neurosurgery."