When Professor Walter Low (pictured above with some of his graduate students and post docs), PhD, was a teaching assistant at the University of California at Santa Barbara, there was a student who came into his office frequently. He needed help with grasping the basic principles of electrical engineering and of the math behind it.

“I tried to develop different analogies to help him and one day, I could see it in his eyes…he got it,” said Low. “After that, he did really well on his exams.” The student was inspired by that experience to switch from mechanical to electrical engineering. “The goal is to find a way to communicate with students to help them understand the next level of thinking,” said Low. “Hopefully, that will spur them on to greater things.”

Scientific method
Part of the mentoring he does for his graduate students is to teach them about the scientific method. “It’s not until you reach graduate school that it becomes important to truly understand how to create a hypothesis and then use the tools you need to test it,” he said. “You also need to know how to analyze and interpret the resulting data and even more importantly, to communicate your findings accurately.”

To help his students do that, Low works with them on writing up their findings. “I help them develop manuscripts  that will be peer reviewed by scientific journals,” he said. “You can teach them basic experimental design in the lab but enabling them to see the whole process through from having an idea to doing the experiments to communicating it to the scientific community is an important part of mentoring.” 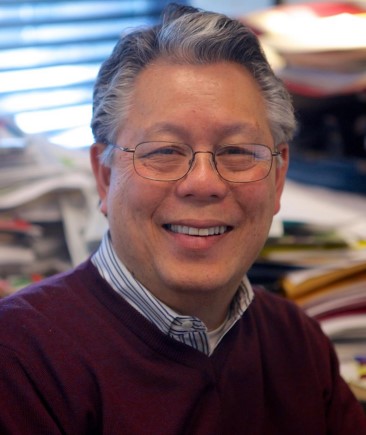 Credit to the scientific community
There have been several recent examples of people documenting their investigations incorrectly or even fraudulently. “They manufacture or manipulate data to make it look better than it is,” said Low. “That disrupts the entire process of science.” As a mentor, he believes in teaching scientific integrity. “It’s important to teach the ability to be unbiased about the interpretation of your data and how you present that data,” said Low. “If my mentees can come away with that, it will be a credit to the scientific community in terms of the information they provide to their colleagues.”

Low’s students who want to pursue an academic career are also more aware of the importance of grantsmanship. “I was never taught how to write a grant,” he said. “Now, I teach grantsmanship to my own students, helping them write fellowship applications to the National Institutes of Health [NIH]. It teaches them how to write up a project in a way that convinces a review panel that it’s novel, innovative, and impactful. Teaching them how to write good grant proposals is an important part of being a scientist.” Low noted that the NIH has done research that shows that students who go through this process are more likely to succeed in getting an NIH RO1 grant award, which provides a financial foundation for their scientific work.

Guiding career paths
A key part of Low’s mentoring process is guiding his graduate students on their career paths. “In my lab, I have medical students who are working toward an MD/PhD,” he said. “Many come in with a certain discipline in mind. Because I’m in the Department of Neurosurgery, some want to go into that specialty for their clinical practice. I remember one student who was bent on becoming a neurosurgeon but in the lab, I began to see that he really loved working with the microscope to look at the brain and use antibodies to look at epitopes — the part of an antigen molecule to which an antibody attaches itself. He did beautiful work in histology and I predicted he would go into neuropathology. Sure enough, that’s what he did. Another student came in wanting to be a neurologist but in the lab, he loved working with experimental surgeries. He was very skilled at operative procedures. I predicted he would switch to neurosurgery, and he did. We try to look at what these students enjoy doing the most because if they’re going to take up a career, it should be something that gives them intrinsic pleasure.”

Something beautiful
What Low likes most about mentoring is that he and his graduate students are planting seeds together to see which blossoms into a project that they can take on through their thesis. “I love sitting down with them and looking at their data,” he said. “There have been so many times when something beautiful happens and I can tell a student that they are the first person in humankind who has ever seen this result. It motivates them to work harder."