The Chordorma Foundation recently awarded two $250,000 research grants — one to a collaborative group at the University of Minnesota and the other to the German Cancer Research Center of Heidelberg University. The U of M group incudes the Neurosurgery Department's Venteicher Lab led by Andrew Venteicher, MD, PhD; and the Hormel Institute’s cancer genomics lab of Rendong Yang, PhD.

According to the Foundation, which is based in Durham, NC, the grants will be, “aimed at generating a more complete picture of chordoma biology … and will uncover drivers of chordoma metastasis and actionable differences in tumor subtypes, including tumors of different anatomic locations. Their findings are expected to uncover new therapeutic targets and inform personalized treatment strategies for chordoma patients.”

Complicated to treat
Chordoma is a rare type of cancer that occurs in the bones of the skull base and spine. Chordomas account for about 3 percent of all bone tumors and about 20 percent of primary spinal tumors. They are the most common tumor of the sacrum and cervical spine. Chordomas are complicated to treat due to the involvement of critical structures, such as the brainstem, spinal cord, and important nerves and arteries. 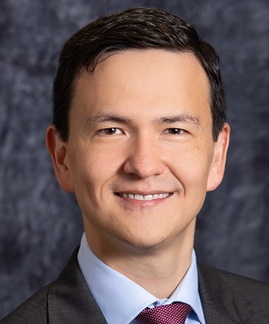 “The Chordoma Foundation has done an amazing job of pushing the research frontier in this area,” said Venteicher (pictured at left). “There isn’t a currently approved chemotherapy option for chordoma; surgery and/or radiation are the standard of care. Because of the high-priced real estate involved in the areas in which these tumors occur, surgery is challenging and performed at academic centers with specific expertise in these procedures.”

High recurrence
Another significant issue with chordoma is that the recurrence rate is unacceptably high. “A subset of patients will see their cancer metastasize,” said Venteicher. “We are actively working on identifying clues in patients’ tumors that predict which may be more aggressive or metastasize.”

Using the resources of the Chordoma Foundation grant, the Venteicher lab is trying to design prognostic testing and new treatment strategies for patients with chordoma. The lab team is working collaboratively with Yang, and Paul Gardner, MD, and Sameer Agnihotri, PhD, of the University of Pittsburgh. From a skillset standpoint, Venteicher and Gardner are clinician/scientists, Agnihotri specializes in the genomics of brain tumors, and Yang is a computational genomics expert.

Millions of data points
According to Venteicher, Yang’s expertise is invaluable. “A couple of decades ago, labs were often studying just one gene at a time,” he said. “With the explosion of sequencing technologies, we are now able to study all genes at once, which can yield millions of data points in each experiment. With that much data, you need computational expertise to make sense of it.”

The University of Minnesota has been a leader in this area. According to Venteicher, it invested heavily in genomics because of its utility for many of its schools, including the Medical School and the Schools of Agriculture and Veterinary Science. “The U also has exceptional expertise in sarcoma research,” he said. Sarcomas are an uncommon group of cancers that arise in the bones and soft tissues such as fat and muscle. “Chordoma falls in nicely with that expertise because in many ways, it is similar to sarcoma,” Venteicher added.

Because the Venteicher Lab is new, this grant provides important resources for data and for establishing a foundation for future interdisciplinary, multi-institution grants. “We ultimately want to create personalized medicine through molecularly informed clinical trials,” said Venteicher. “That’s our 10-year horizon and this is the first step.”

Learn more about the Venteicher Lab.