About a year ago, Shayla Olson went in for a routine 39-week pregnancy checkup. During the appointment, her Maternal Fetal Medicine Department provider at the U discovered something that wasn’t quite right. “They did a quick ultrasound and confirmed that our baby, Ayden Olson-Forbes, had enlarged ventricles in his brain,” Shayla said.

Ventricles are cavities inside the brain through which cerebrospinal fluid flows, carrying nutrients and removing waste. In prenatal cases, enlarged ventricles are a sign that the fluid has nowhere to go and is accumulating, putting pressure on the growing brain. This condition is known as hydrocephalus and must be surgically treated as soon as the newborn is stable. 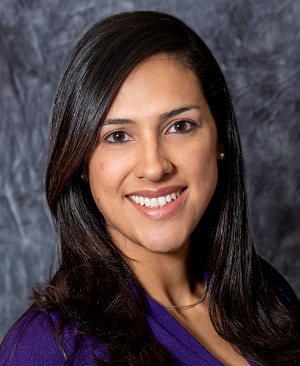 The night before they met with pediatric neurosurgeon Carolina Sandoval (pictured here), MD, to discuss the best treatment option for Ayden, Shayla and her husband, Eric Forbes, did some searching on the internet to learn more about hydrocephalus. “We discovered right away that the search results were outdated,” said Eric. “The most common theme seemed to be that kids don’t survive this.”

When they got to the U and met with Sandoval’s team, Shayla and Eric were told that the search information was inaccurate. “Kids who have good access to healthcare aren’t dying from this anymore,” said Eric. “That was a huge stress reliever for us. It was also nice to hear that someone had a course of action that sounded low risk, minimally invasive, and would alleviate the problem right way.”

Gold standard treatment
As soon as Ayden was stable – a day after his birth – Sandoval performed the surgical procedure to treat his hydrocephalus, which is known as ventriculoperitoneal shunting. During the procedure, she inserted a catheter through a tiny hole drilled in Ayden’s skull and connected this to a valve and then inserted another catheter that traveled under the skin just behind his ear. “The end of that catheter goes into the peritoneal cavity,” said Sandoval. “The fluid removed from the ventricles by the shunt system drains there and is regularly absorbed by this cavity, with few side effects or risk of complications.”

Ayden’s surgery and postoperative course were routine, according to Sandoval. “I thought it went well; everyone was happy with his recovery,” said Shayla. “It seemed like his ventricles drained quickly.” Eric thought it was tough because they couldn’t express to Ayden what was going on. “Having an IV and the aftermath of surgery is a lot for a newborn,” he said. “As he was recovering, it was hard not being able to help him or do a lot for him.” 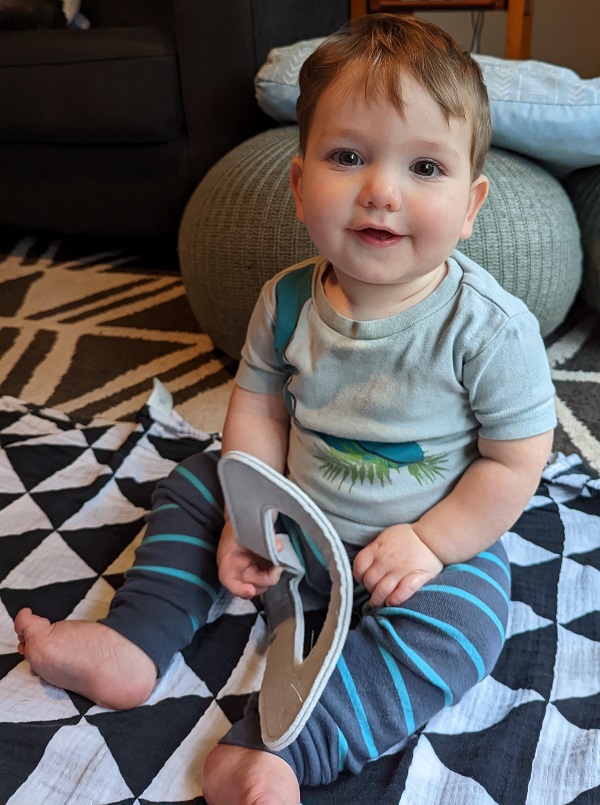 The recovery process for Ayden was as Sandoval thought it should be. “It has been striking to see the change in his images,” she said. “Initially, the massively distended fluid-filled spaces compressed and thinned the brain against the skull. Since relieving the pressure, his brain has been developing very nicely.”

Eric and Shayla have taken things one step at a time since Ayden’s diagnosis. One important thing they learned after his procedure is to be vigilant. “We try not to think about having to replace the shunt while constantly watching for signs of shunt failure,” said Eric.

Lots of appointments
Having a baby with hydrocephalus means lots of doctors’ appointments. “We learned that we can take him to the eye doctor to check his brain pressure, which helps determine if his shunt is failing,” said Shayla. “The most exciting thing to see is his brain development. Every time we go in for an MRI, the ventricles are smaller. He went from almost paper-thin brain tissue at the back of his head to a normal brain by the end of the year. We qualified for the Help Me Grow program, which enabled us, as first-time parents, to understand how to track his growth.”

The first-time parents also connected with local groups and the national Hydrocephalus Association to find other people who have gone through this.

Continuous care
From Sandoval’s perspective, the right steps were taken from the onset to prepare for helping Ayden. “The entire care team was there from the prenatal diagnosis, to guiding the parents through the process, to making the decision about when surgery would take place, to performing the surgery and guiding the postoperative care – and we will continue to follow him throughout his life,” said Sandoval. “This is healthcare as continuous as it gets.”