Facial pain can be some of the most debilitating that people experience. Its causes are sometimes mysterious, which often leads to inappropriate – and unhelpful – diagnoses and treatments. And some treatments may not have adequate staying power. A multidisciplinary team of U of M researchers is looking at facial pain through several different lenses, with the ultimate goal of improving patient outcomes.

Why do some trigeminal neuralgia patients get better after surgery, and others don’t? 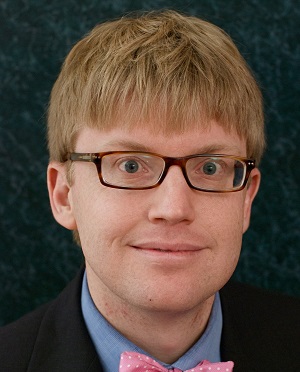 According to neurosurgeon Andrew Grande (pictured at left), MD, of the U’s Department of Neurosurgery, trigeminal neuralgia (TN) is a condition characterized by sporadically intense or chronically throbbing pain coming from the trigeminal nerve, which starts near the top of the ear and splits in three, toward the eye, cheek, and jaw. It is responsible for sensation in the face and motor functions such as biting and chewing. It is the most complex and largest of the cranial nerves.

A team working with Grande is looking through an incredibly powerful lens to try and answer the question about why some TN patients stop having pain following surgery and others have their pain recur months to years after. The research partners include neuroradiologist Bharathi Jagadeesan, MD; and with PhD candidate, Kellen Mulford, and his advisor, Pierre-francois Van De Moortele, MD, PhD, from the U’s Center for Magnetic Resonance Research (CMRR). The team is using ultra high-field MRI to capture images of the lesions formed when a neurosurgeon performs a rhizotomy on a trigeminal neuralgia patient to reduce or eliminate their facial pain.

“During a rhizotomy procedure, we intentionally injure the area of the trigeminal nerve that is causing the patient’s problems,” said Grande. There are several ways to do that, he added, from cutting the nerve to crushing or burning it. Whichever technique the neurosurgeon uses results in a lesion, an area in which the nerve fibers have disintegrated. 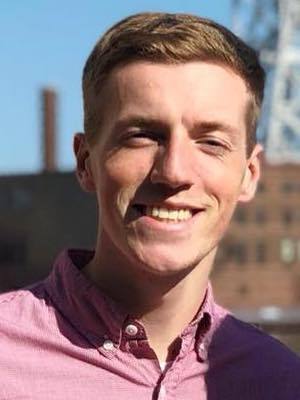 “Post procedure, you would expect the surgeon to leave a trail of lesions, but no one has ever been able to show that,” said Mulford (pictured at left). “We have pretty good evidence that we can visualize these lesions. That information could be used to help the neurosurgeon evaluate pain recurrence to determine if they should go back in and make another lesion or try another treatment route.”

Using 7 Tesla MRI imaging available through the CMRR (a typical MRI in a clinical setting operates at a strength of 1.5 Tesla), the research team is trying to track these lesions to see if the injury to the nerve is still intact or if the nerve has regrown and is again causing pain.

But if only it was that simple.

Creating MRI protocols
“An MRI is like a computer,” said Grande. “If you have no programs for it, you’ll be looking at a blank screen. To get the imaging we need, CMRR’s scanners require different protocols that must be created. It's hard work.” Mulford and Van De Moortele are creating these protocols for the project. “The work they’ve done is generating beautiful images,” Grande noted. “This may be the first time that anyone has imaged these lesions.”

“We’ve done a lot of technical development at the scanner to image the trigeminal nerve consistently and robustly without a lot of artifacts,” said Mulford. MRI artifacts are features appearing on images that may not be present in the original object and can affect diagnostic quality.

Scanning lesions
As the CMRR team continues to tweak and improve these MRI protocols, the other researchers are using them to scan trigeminal neuralgia patients to better understand the state of their lesions. “When pain recurs, is the lesion gone,” asked Grande. “If it is, what does that tell us about the pathophysiology of this condition?”

To test that theory, Grande worked with neurosurgeon, Stephen Haines, MD, and two radiologists to read patients’ scans to predict on which side the trigeminal neuralgia occurred (it affects one side or the other of the trigeminal nerve). “Our results were no better than flipping a coin,” said Grande. Mulford then created an artificial intelligence algorithm and applied it to a large number of MRI scans to make the same kind of prediction. “His results were much better, which suggests that there may be imaging biomarkers that can be used to diagnose TN in the future,” said Grande.

Do trigeminal neuralgia and temporomandibular joint disorder (TMD) occur together? 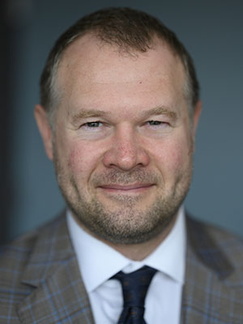 In another research collaboration, Grande is working with Don Nixdorf (pictured at left), DDS, MS, of the U’s School of Dentistry, and recent graduate, Aaron Nisley, DDS, to answer questions about the coexistence of TN and TMD. Looking through dentistry’s lens, the two conditions are often mistaken for one another because the pain they generate is located in similar parts of the face.

Nixdorf, who works with Grande in a weekly Facial Pain Clinic, believes that more interdisciplinary interactions between healthcare providers would help diagnose some of these facial pain conditions more accurately. As a result, he and Grande are recruiting patients from both of their clinics to assess how they ended up in each place.

Selection bias
“We know there's probably some sort of selection biases related to who's referring patients to our clinics, and there's probably some selection bias in the patients who accept that referral and then act on it,” said Nixdorf. “We're most interested in the ones showing up in Andy's clinic, because they are the ones at risk for potentially being misdiagnosed with trigeminal neuralgia instead of TMD, and moving forward with a neurosurgical procedure, which can be expensive, risky and not helpful.”

A majority of trigeminal neuralgia patients don't start with TMD being comorbid, but they end up with it over time, when their trigeminal neuralgia pain is not well controlled, according to Nixdorf. “That's why Andy and his colleagues end up seeing TMD patients, because the healthcare system gets confused,” he said. “And these patients are suffering more, so their care gets elevated for surgical considerations.”

The common thread – or lens, if you will – that is part of all these efforts is a willingness to collaborate with those outside your own specialty. Grande would argue that’s why the U of M is one of the best places for patients with facial pain. “We work together and learn together on our patients’ behalf,” he said.