Every year, the National Resident Match Program’s Match Day has an enormous impact on students throughout the country who are looking to further their medical education. This year on March 19, 33,535 first-year resident program matches were made. Two of those matches were made with the U of M’s Department of Neurosurgery. Our new residents are Sanjay Dhawan, MBBS; and Crina Peterson, BBA. They will start their seven-year journey with us in June. Here is more information about them: 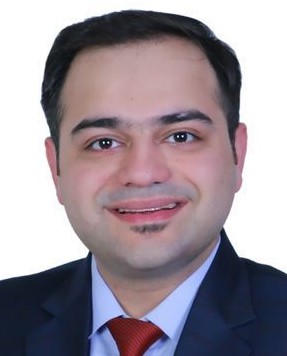 Sanjay completed Medical School and a general surgery residency at the University College of Medical Sciences and Maulana Azad Medical College of the University of Delhi in India, during which he received several honors. He is set to complete the first-ever General Surgery/Neurosurgery Preliminary Track at the U in June 2021. It is an accredited program designed to emulate the first year of residency with the Departments of Surgery and Neurosurgery and to prepare him for matching with the residency of his choice.

In addition, Sanjay completed a Medical Device Innovation Fellowship through the U’s Medical Device Institute as well as a dedicated neuro-oncology fellowship. He is listed on two U.S. provisional patent applications and won a National Science Foundation I-Corps Grant, and a Frank J. and Eleanor A. Maslowski Charitable Trust Grant for his work on one of the patents. Sanjay built his research skills during 2.5 years as a Research Fellow in the brain tumor lab of Neurosurgery Department Head Clark C. Chen, MD, PhD.

Prior to arriving at the U, Sanjay volunteered for two years at the Guru Teg Bahadur Hospital Blood Bank, and with the Pulse Polio Immunization Programme, both in New Delhi, India.

He has published and/or submitted for publishing several medical journal articles in addition to peer-reviewed online articles and made numerous poster and oral presentations. Sanjay is also a reviewer for the Clinical Neurology and Neurosurgery Journal.

When he has some free time, Sanjay likes to cook, use his fledgling skills in calligraphy, create code for data analysis, and travel. He has also done shot put for many years and may explore any opportunities that the U of M’s Track and Field program might have for him. 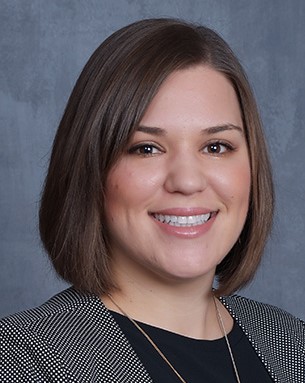 Crina completes her MD and PhD in May 2021 from the University of New Mexico (UNM) School of Medicine in Albuquerque. She earned her BBA in business and biology from Baylor University in Waco, TX. She is a member of Sigma Xi Research Honor Society and earned Phase I Honors during Medical School (2013-2015). As part of a COVID-19 course at UNM, she created a series of podcasts designed to help answer the general public’s questions about the virus/pandemic and met a public health requirement by creating an educational video about vaccines.

To further her research skills, Crina completed a two-year certification through the UNM Clinical and Translational Investigators Program, which prepared her to present research ideas and data to clinical audiences. She also worked in the UNM Department of Neurosciences’ Weick Lab under the leadership of Jason P. Weick, PhD. She is completing her PhD in that lab, which uses human pluripotent stem cells (hPSCs) to study cortical development and therapeutic potential of hPSC-derived neurons in promoting functional recovery after brain injury.

Crina has published articles in peer-reviewed medical journals and in online publications and has made numerous poster and oral presentations. In her spare time, she enjoys reading, running, hiking, backpacking, and traveling (she has been to 18 countries outside the U.S.). She also holds a second-degree black belt in Tae Kwon Do.

Congratulations and welcome to our new residents!