Newest faculty member brings a rich background in epilepsy surgery and deep brain stimulation, is working at the university and the VA 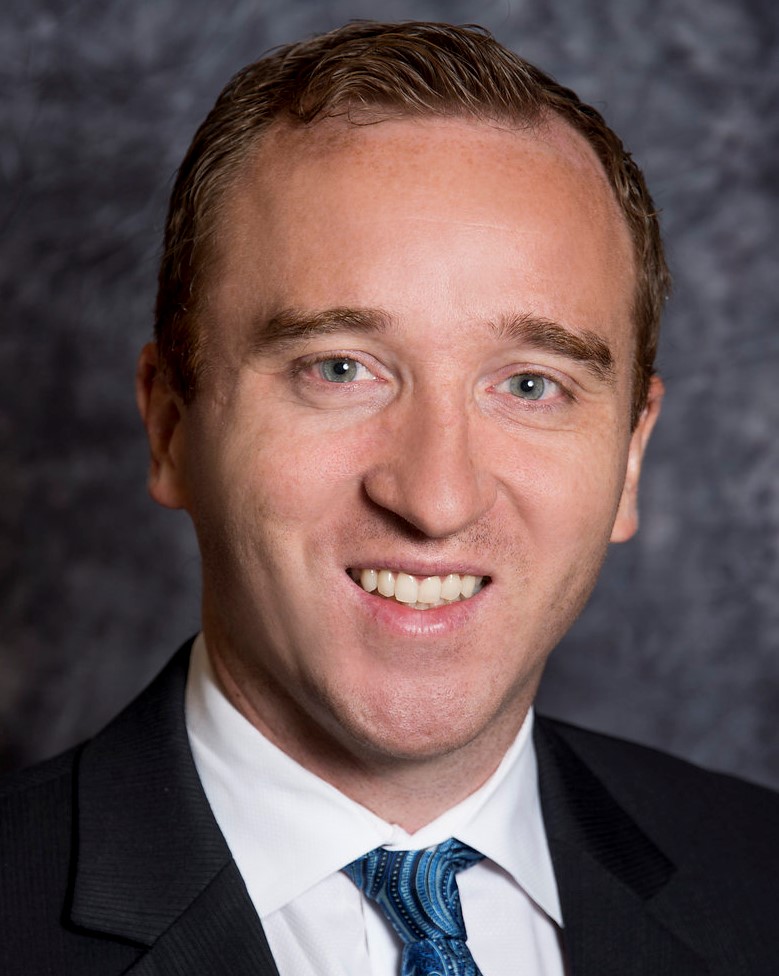 On July 31, 2018, the U of M Neurosurgery Department welcomed a new faculty member, Robert (Bob) McGovern, MD, whose specialty is functional and stereotactical neurosurgery. He is splitting his time between the university and the Minneapolis Veterans Affairs Medical Center, thanks to a collaboration among MnDRIVE*, University of Minnesota Physicians, and the VA. “It’s a unique position that serves two different patient populations,” McGovern explained. He is at the U two days a week and at the VA the other three.

McGovern arrived in Minnesota after completing a fellowship in epilepsy surgery at the Cleveland Clinic in Ohio. He is excited about providing the latest treatments to his epilepsy patients throughout the Upper Midwest – especially regarding resection surgery, which requires a two-step process.

The first step, McGovern explained, is to implant electrodes in the patient’s brain to determine precisely where their seizures occur. “We used to surgically implant square grids of electrodes on the surface of the brain to record activity, which enabled us to target the seizures’ location,” he noted. “Although we still use this procedure in some patients, it does require a craniotomy, which is not always ideal. With the advent of stereo-electroencephalography, we just use a series of pinholes in the skull to place the electrodes. Although it doesn’t give us as much information from the surface of the brain, it tends to be easier on the patient and gives us information from deeper within the brain.”

The whole process of placing the electrodes usually takes about three hours, according to McGovern. The patient then goes to the epilepsy monitoring unit where their seizures are recorded. Afterward, they return to the OR to have the electrodes removed and then go home the next day. The patient would return later for the second step in the process – the surgery that would safely remove or disable the part of their brain causing the seizures.

Education and research
Along with patient care, McGovern looks forward to teaching and performing research. “Teaching patients, residents and medical students is one of the most important things we do in an academic practice,” he said. “What’s especially nice at the VA is that there is only one resident for each six-month rotation, which gives you an opportunity to develop an intimate relationship. It’s a great way to teach.”

McGovern also has interesting plans for his research. He wants to set up a lab to study refractory (untreatable) gait and balance problems in patients with Parkinson’s disease. “I did some work in this area when I was a resident at Columbia University,” he said.

In addition to providing electrical simulation to help relieve Parkinson’s symptoms, many of the new DBS systems can sense brain signals from the implanted electrodes, McGovern continued. “Working with Parkinson’s patients who have DBS systems, you can record the signals from their brains as you have them do certain tasks,” he said. “I’m interested in trying to figure out which brain signals are important in this context and how they might be related to gait and balance issues.” 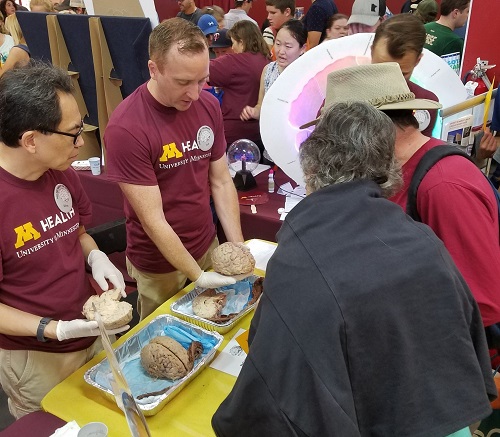 On the clinical research side, McGovern would like to determine why there aren’t more epilepsy surgery referrals. “It was amazing how many epilepsy patients I saw in Cleveland who initiated the visit themselves or accidentally ended up with us,” he explained. “They were so clearly good surgical candidates. It seems to be acceptable for a patient to have seizures. If someone sees a brain tumor, for instance, people feel the need to have it urgently removed. Because epilepsy seems like a chronic condition, it is seen as something patients must simply live with. But if we help someone become seizure-free, it changes their lives. They can get off disability, they can get a job, they can drive. It’s such a massive thing for people. I’m interested in figuring out how to overcome existing biases against referring patients for this potentially life-changing surgery.”

A native of Rhode Island (“I’m one of the three people who actually moved out of the state”), McGovern came from a blue-collar family and was the first that he knows of to graduate from college right out of high school, and then go on to medical school. He believes his background, “makes me a little unique in neurosurgery, which is a good thing. I feel I have a lot in common with many of our patients.”

After graduating from Trinity College in Hartford, CT, and before earning his medical degree from Columbia University College of Physicians and Surgeons in New York, NY, McGovern spent two years in Boston working in a lab. “It was an incredibly productive lab, but I discovered it wasn’t what I wanted to do with my life,” he said. “I wanted something more patient-centered.”

He would go on to complete his neurosurgical residency at Columbia University Medical Center/New York-Presbyterian Hospital. “I felt like I could have the most immediate impact on patients through neurosurgery,” he said. “I would always be at the cutting edge as we keep learning new things and applying them to whatever disease we’re interested in.”

McGovern, his wife and four-year-old son, are currently living in the Edina/Richfield, MN, area. When he has spare time, he likes to play with his son at home, find new and interesting restaurants with his wife, and stay active running. He also is a passionate fan who loves all sports, but particularly baseball and his “beloved Red Sox.”

* MnDRIVE: Minnesota’s Discovery, Research, and InnoVation Economy is a partnership between the University of Minnesota and the State of Minnesota that aligns areas of research strength with the state’s key and emerging industries to address grand challenges. The State of Minnesota has authorized an $18 million recurring annual investment in four research areas: Robotics, Global Food, Environment, and Brain Conditions.