Pediatric neurosurgery patient is overcoming everything life throws at her, with help from her U of M care team 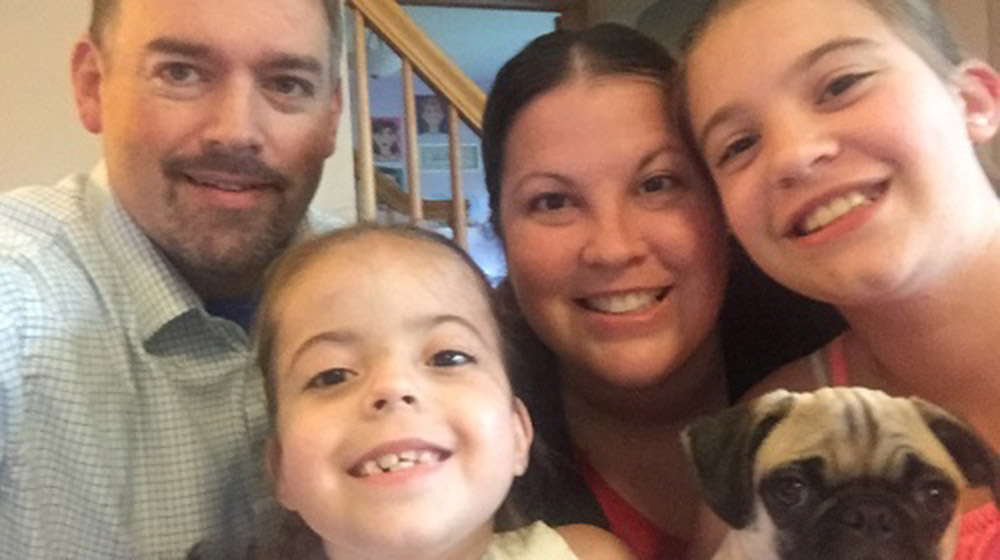 Seven-year-old Claire Wurgler is a spitfire. “She will talk to anyone,” said Claire’s mom Becca Wurgler. “She knows how to capture people.”

Despite her cheerfully sassy, confident nature, Claire has had significant challenges in her short life. She was diagnosed at just 20 weeks into her mother’s pregnancy with spina bifida. Spina bifida is a birth defect characterized by incomplete closure of the backbone and membranes around the spinal cord. Claire has myelomeningocele – the most severe form of spina bifida. It affects her bowel and bladder and her ability to walk. She is pictured with her family at right (from left): Chad, Claire, Becca and Grace Wurgler.

First surgeries soon after birth
Within 24 hours of her birth, Claire had the first of her 14 surgeries (so far). Cornelius Lam, MD, PhD, of the U’s Neurosurgery Department, performed that procedure, which helped correct the incomplete closure. Four days later, she underwent what’s known as a Chiari decompression to remove some bone at the back of her skull and spine, relieving pressure on her cerebellum and brain stem. The pressure was caused by a Chiari malformation, a relatively common condition in which brain tissue extends into the spinal canal. 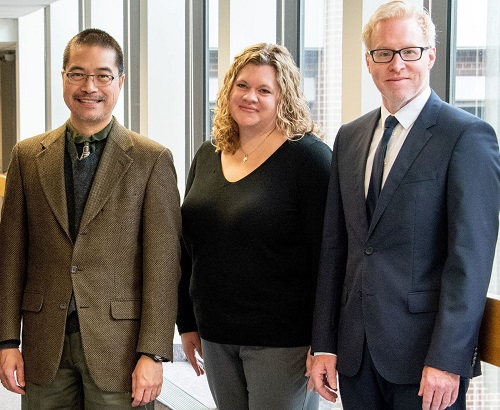 Whether caused by the spina bifida, which isn’t unusual noted U of M Pediatric Neurosurgery Nurse Practitioner Leah Kann, or the Chiari malformation, Claire then developed hydrocephalus. Also known as “water on the brain,” hydrocephalus is a build-up of fluid in cavities deep within the brain. It can cause numerous problems, including swelling of the head, vomiting, sleepiness, irritability, downward deviation of the eyes, and seizures.

Shunt implanted
Hydrocephalus can’t be cured; it can only be treated surgically. A month after she was born, another U of M neurosurgeon, Stephen Haines, MD, implanted the first of a series of shunts at the back of Claire’s skull, which helped move the excess fluid out of her brain and into another part of her body where it could be absorbed.

“Because we treat hydrocephalus using a manmade device, the device can malfunction or break,” said Kann. “We hope our patients with hydrocephalus will need minimal surgeries, but we prepare parents to understand that their kids will likely need additional procedures.”

When she was two, Claire had her first shunt malfunction, which was repaired by Daniel Guillaume, MS, MD. “As a parent, you don’t want your child to go through any of this, but for them to have a good quality of life, they need to,” said Becca. “My husband, Chad, and I are always asking ourselves if what we’re seeing in Claire is shunt-related. At the same time, none of this stops her from doing anything any seven-year-old would do.”

"Detethering" her spine
Guillaume, who directs the Pediatric Neurosurgery Department at U of M Masonic Children’s Hospital, also performed Claire’s first spinal cord detethering, another complication of spina bifida. According to the Spina Bifida Association, the spinal cord normally hangs loose in the canal, freely moving up and down with growth, bending and stretching. Tissue attachments prevent the tethered cord from moving. It is pulled tightly at the end, reducing blood flow to spinal nerves and causing damage to the spinal cord from both the stretching and the decreased blood supply.

Claire underwent another spinal cord detethering in April of 2018 in preparation for a procedure to help correct the curvature in her spine (scoliosis). “If they tried to perform that procedure before we untethered the spine, it could cause neurological devastation,” Kann noted. 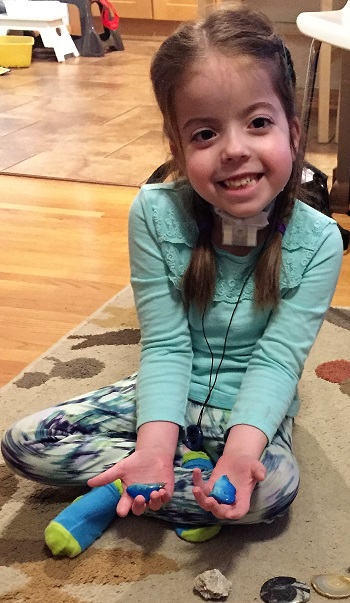 Growing rods minimize scoliosis
In July, Claire had MAGEC™ growing rods placed in her spine to help correct her scoliosis. “It made her grow a couple of inches,” said Becca. The MAGEC growing rod system, which includes implantable rods and an external remote control, is used to brace her spine while Claire is still growing to minimize progression of her scoliosis.

Unfortunately, the two surgeries had a significant impact on progress Claire was making to increase her mobility. “In November, we’ll start back with physical therapy and getting her rehabbed,” Becca said. “Until then, she can’t be twisting or moving in certain ways because of the rods.”

Becca advises other families in similar situations to use the resources available to them. “Talk to your healthcare team about what’s not working or if you run into barriers,” she said. “They want to help you. And remember that every milestone is something to celebrate. It’s okay to grieve, but your life will be filled with so many other great things.”

"She can do anything"
Perhaps it’s her long association with having to go through painful procedures that makes Claire unafraid of anything. “I don’t know what it is, she will make friends with anyone,” said Becca. “I think a lot of people think these kiddos can’t live a full life. It’s not true. She can do anything anyone else can do, it just may look different.”

“They are a wonderful family,” Kann added. “They know all the risks associated with Claire’s diagnosis. They know she could require more surgery. They understand that we have her best interests at heart and want her to be an active seven-year-old who loves life.”

Becca is attending a bachelor’s nursing program at University of Northwestern in St. Paul, MN, to augment her existing undergraduate degree. She plans on going into pediatric nursing. In the meantime, she, Chad, and Claire’s older sister, Grace, will be sure to have the required milk and chocolate pudding ready the second Claire comes out of sedation following her next procedure.