“Global neurosurgery is a hot topic everywhere, especially after the 2014 Lancet report that cited the insufficiencies of surgical procedures throughout the world, particularly in middle and low-income countries,” said Walter Jean, MD, professor of Neurosurgery and director of Skull Base Surgery at George Washington University, Washington, DC. “There is a drive in the developed world to fill that void…neurosurgery has taken this up with gusto.”

That statement summarizes the focus of Jean’s presentation during the University of Minnesota Neurosurgery Department’s 15th annual Titrud Lectureship in Neurosurgery, held recently at the McNamara Alumni Center in Minneapolis. The lecture was attended by university faculty, residents and staff, in addition to neurosurgeons from throughout the region.

Jean returned to his roots for the lecture, as he graduated from the U’s neurosurgery residency program in 2000. That experience taught him, “the basic skills of everyday practice – all of our pre-surgery habits,” he said. “The higher-end skills I learned during my skull base surgery fellowship at the University of Cincinnati, but the foundation was all laid here [at the University of Minnesota].”

Building on a strong foundation
Jean built a distinguished career on that foundation. He began at Georgetown University School of Medicine, where he became a professor in the Departments of Neurosurgery, Radiation Medicine & Otolaryngology, and served as director of Surgical Neuro-Oncology. During his seven years as program director, he led the Georgetown University neurosurgery residency program, doubling its size.

After stepping down from that position, he worked with Thieme Publishing Company to create, Skull Base Tumors: Strategies, a new textbook about decision making in cranial surgery. He is also first author or co-author of many articles published in peer-reviewed journals, has contributed numerous book chapters, and made presentations at national and international meetings.

The title and focus of Jean’s recent U of M lecture, “Global Brainsurgery Initiative: from maiden visit to Vietnam to the globalization of resident training,” is a relatively new passion for him. And like many things these days, it began online.

Must “scrub in”
“I started having more of an online presence and struck up a conversation with a surgeon in Vietnam,” explained Jean. “I have always been interested in performing neurosurgery outside the United States to gain a broader perspective about the field. You can’t do that by just having a discussion with someone. Until you scrub in on a case, you really don’t know what neurosurgery is like in other countries.”

One thing led to another and the Vietnamese surgeon asked Jean to come to Vietduc Hospital in Hanoi, where he practices. That was the birth of the Global Brainsurgery Initiative (GBI). “We got a team together, raised funds and away we went in January of 2019,” Jean said.

While in Vietnam, the language barrier inside the operating room presented a bit of a challenge. “Everyone had the same goal, however – to complete each operation for that patient’s well-being,” said Jean. “So the language barrier wasn’t as big a deal as it could have been.” Adjusting to the difference in equipment, however, was another thing entirely.

“I operate sitting down and posture is important during long cases,” Jean explained. “I found myself struggling with a four-legged wooden stool with no flexibility in height or position. It was, oof, challenging to say the least.” 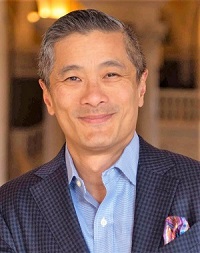 Motivating local trainees
The Vietnamese host lined up several cases for the GBI team and made sure the indications and goals for each operation were set properly, as were patient and family expectations and consents. “He then turned the operations over to us and observed,” said Jean (pictured at left). “He’s a well-trained neurosurgeon, but he wanted to see the nuances between how we operated and how he operated. More importantly, he wanted us to motivate his trainees. ‘Here is a group of academically well-prepared neurosurgeons from the United States … we can achieve this level of success, too,’ he told them.”

The biggest potential effect that the Global Neurosurgery Initiative (and similar programs) can have, from Jean’s perspective, is helping reshape how the next generation of neurosurgeons in low to middle-income countries are educated. “The most important contribution we made wasn’t in the OR, but in helping them see a different way to train,” said Jean. “For example, their trainees said their training time wasn’t enough and, more importantly, they learn how to operate first and why to operate later. The more sensible way is to teach how to evaluate a patient to determine why you’re operating before you are taught how to operate.”

Two-way experience
Jean is the first to admit that learning ran both ways during the trip. “What we taught was almost less important than what we learned,” he said. “We got to see amazing neurosurgery in an environment where resources are incredibly restricted. It was transformative. For example, their wastage is practically non-existent – they don’t waste anything that’s reusable. And they’re incredibly efficient. In 2018, Vietduc Hospital had 5,000 admissions and performed 3,500 neurosurgical operations in just four operating rooms. Their turnover and efficiency are unbeatable.”

In addition to exposing neurosurgical trainees in low and middle-income countries to U.S. surgical techniques, Jean wants to bring U.S. trainees on GBI’s service-through-education missions to help them gain a broader worldview of their specialty. The organization isn’t wasting any time making that goal a reality. The next Global Brainsurgery Initiative trip is set for mid-July to the Republic of Panama and Jean hopes to return to Vietnam next January.