The Father of Open-Heart Surgery 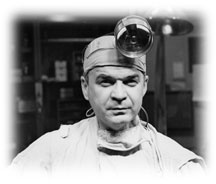 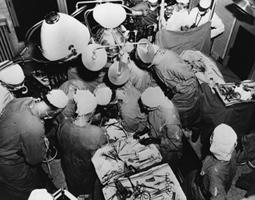 Hypothermia, however, was not suited for most birth defects within the heart. Lillehei went on to head the team that performed, on March 26, 1954, the world's first open-heart operation using cross-circulation. In that also-historic operation at the University of Minnesota, 13-month-old Gregory Glidden underwent successful repair of a large ventricular defect; his father was temporarily hooked up to take over the pumping and oxygenating functions of his son's heart. Sadly, the child died 11 days later of pneumonia, even though his heart defect had been successfully closed. But during the next year, with amazing long-term success, Lillehei and his team used cross-circulation for more than 40 open-heart operations, which included the world's first surgical repairs of the atrioventricular canal and tetralogy of Fallot. 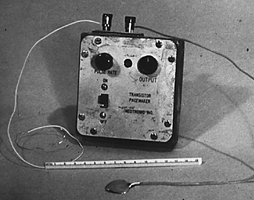 In 1958, Lillehei was responsible for the world's first use of a small, portable, battery-powered pacemaker, invented at his behest by Earl Bakken (a University of Minnesota employee who later founded Medtronic). Lillehei also developed and implanted the world's first prosthetic heart valves: the Lillehei-Nakib toroidal disc (1966), the Lillehei-Kaster pivoting disc (1967), and the Kalke-Lillehei rigid bileaflet prosthesis (1968).

A dedicated educator, Lillehei trained more than 150 cardiac surgeons from 40 nations, including Dr. Christiaan Barnard (a fellow University of Minnesota Ph.D. recipient in the 1950s who went on to perform the world's first heart transplant in South Africa). In 1967, he was appointed Lewis Atterbury Stimson professor and chairman of the surgery department at Cornell Medical Center, New York. He returned to St. Paul, Minnesota, in 1975, where he became the director of medical affairs at St. Jude Medical, Inc. He was also named a clinical professor in the Department of Surgery at the University of Minnesota. 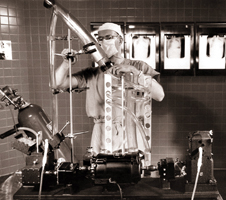 Lillehei's countless honors include the Bronze Star for World War II service in Italy, the 1955 Lasker Award, induction in 1993 into the Minnesota Inventors Hall of Fame, and the 1996 Harvey Prize in Science and Technology. In 1966-67, he served as president of the American College of Cardiology.