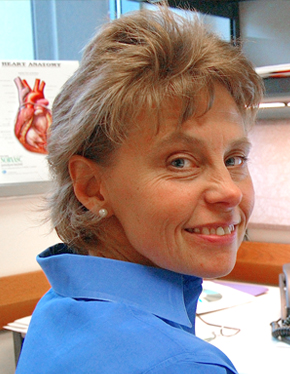 In my laboratory, we study the role of primary afferent neurons in the control of cardiovascular responses to exercise. We are interested in the basic mechanisms that drive the exercise pressor reflex (EPR) under normal, physiological conditions but we also have a great deal of interest in the control of the EPR in disease.

Previous studies have suggested that the exaggerated increases in blood pressure, sympathetic nerve activity, and vascular resistance to exercise in patients with cardiovascular disease are due, in part, to an over active EPR. However, the mechanisms controlling these cardiovascular responses are not easily studied as few disease models exist in cats and dogs (the major species being used to study the EPR) and mechanistic studies in humans have encountered feasibility problems.

The rodent is an attractive candidate for the study of the EPR as disease models (e.g. heart failure, hypertension, and diabetes) are readily available or easily produced. Additionally, more genomic information is currently known for rodents compared to larger mammals presenting the opportunity to study the mechanisms of this reflex at the level of cellular and molecular physiology.