We welcomed eight new residents this year and this is the first of two articles introducing them. They are done with orientation and have officially started their four-year residencies. This group of mini bios includes Drs. Molly Gannon, Sandra Giraldo, Jaejoong Kim, and Dahlin Jackson.

We are incredibly excited to introduce you to… 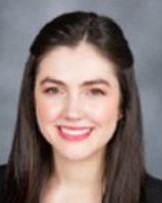 Prior to attending the U, Dr. Gannon spent a year as the Student Medical Practice Administrator for University Health Services at UW-Madison in Wisconsin; served as a private Spanish tutor for two students in Madrid; and served as a camp counselor at UW-Madison’s MadBiology Bootcamp.

Dr. Gannon is building her research skills in the department, working with faculty member Dr. Kaz Nelson on a patient education research project. Prior to that, she spent two years as an undergraduate research assistant in the UW-Madison Department of Nutritional Sciences lab of Dr. David Eide. She has co-authored one journal article. 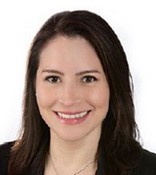 Prior to medical school, Dr. Giraldo spent seven years serving as the associate director of the Patient Relations Department at Elmhurst Hospital Center. She then earned her medical degree from the University of Illinois College of Medicine in Rockford, and her graduate and undergraduate degrees in biology and psychology, respectively, from Queens College, City University of New York in Flushing. While in medical school, Dr. Giraldo won the Nettie & Jesse Gorov scholarship, awarded by the Community Foundation of Northern Illinois to a non-traditional student who exhibits character and scholastic achievement.

A committed volunteer, Dr. Giraldo is the co-chair of social media for the American Academy of Child and Adolescent Psychiatry Medical Students and Residents Committee. While in Rockford, she was an on-call volunteer, working through a video call phone app called Be My Eyes to help visually impaired English and Spanish-speaking users, and was a health mentor for seniors through the Lifescape Program.  In New York, she volunteered at Elmhurst Hospital Center in Queens as a tutor in an after-school program and as a Spanish interpreter in the Congestive Heart Failure clinic. She was also part of the Big Buddy program, which paired Queens College students with children in need.

Dr. Giraldo built her research skills working as a research assistant in the Queens College neurobiology lab of Dr. Joshua Brumberg. She was also an undergraduate researcher in the pediatric pulmonology lab of Dr. Madu Rao at the State University of New York Downstate Medical Center in Brooklyn. She co-authored one peer-reviewed journal article and has made several poster and oral presentations. 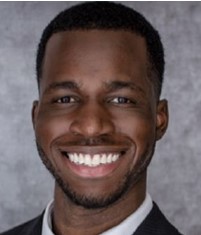 Dr. Jackson completed his Doctor of Osteopathy degree at the Philadelphia College of Osteopathic Medicine (PCOM) in Pennsylvania where he received an Osteopathic Manipulative Medicine Scholarship. His undergraduate degree in psychology was earned from the University of Miami, Coral Gables.

Chosen for a highly selective scholar program, Dr. Jackson completed a year of rotations at the PCOM Georgia campus in Suwanee. He also completed a City Year with AmeriCorps in Miami, FL, helping students in low-income areas with one-on-one/group tutoring in mathematics and reading. In addition, he was a resident assistant at the University of Miami for almost three years.

An active volunteer, Dr. Jackson devoted almost two years to working as a Health Outreach Peer Educator/Bacchus Peer Educator at the University Student Health Center in Florida. He was also a Streetlight Volunteer at Holtz Children’s Hospital in Miami, offering companionship to hospital-bound children and teens. In addition, Dr. Jackson was a volunteer member of Alternative Breaks through the University of Miami, Coral Gables during which he tutored kids who went on social issue-themed trips sponsored by the organization. 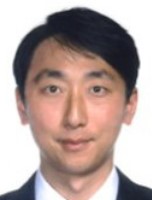 Following graduation, Dr. Kim worked for two years as a postdoctoral researcher helping to investigate the neurocomputational mechanism of human fear and anxiety under naturalistic settings in the lab of Dr. Dean Mobbs at the California Institute of Technology in Pasadena. He also spent several months as a neurocomputational postdoctoral researcher in the lab of Dr. Bumseok Jeong at the Korea Advanced Institute of Science and Technology. Prior to that, Dr. Kim spent three years as a military physician with the Ministry of National Defense of South Korea in Jeungpyung.

Dr. Kim helped co-author six journal articles and was first author on four and has made several poster and oral presentations. He won the Outstanding Trainee Award from the Korean Human Brain Mapping Society and a Silver Prize during the 18th annual Korean Mathematical Olympiad.

In the next article, we will profile Drs. Maryam Laiyemo, Harshita Pinnamaneni, Lalita Thitiseranee, and Misha Zara.