According to the National Institute of Mental Health, autism spectrum disorder (ASD) is a developmental disorder that affects communication and behavior. Although autism can be diagnosed at any age, it is said to be a ‘developmental disorder’ because brain-behavior differences appear in the first two years of life.

According to the Diagnostic and Statistical Manual of Mental Disorders from the American Psychiatric Association, people with ASD have:

Associate Professor Suma Jacob (pictured at left), MD, PhD, has done extensive research in this area. “The longer we study autism, the more we understand how broad its reach is,” she said. “There is a saying — If you’ve met one person with autism, you’ve met one person with autism. It’s a spectrum of traits that can influence your ability to adapt and socially function in various phases of life.”

As early as 20 years ago, it was thought that autism overlapped predominantly with intellectual disability, according to Jacob. “More recently, we have learned that autism shows itself through developmental changes and its features can be distinguished from cognitive capacities,” she said. “Research has taught us that some individuals with autism have intellectual disabilities, but the majority do not. That’s a big change.”

Largest genetic study
Jacob has done a broad range of ASD research. She is currently collaborating on SPARK, the largest genetic study done on autism across the country. “We’re one of over 20 sites,” she said. “The goal is to connect more than 50,000 families and enable them to get the latest genetic data related to ASD. As this work evolves, we have been learning about more regions of the genome that are related to autism. Participating families get to have results sent to their own doctors, so it’s a complete cycle – they learn about the findings related to their own child or themselves as an adult.” 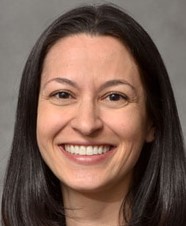 Another important ASD research project at the University is a collaboration with Jacob’s department colleagues, Assistant Professor Michael-Paul Schallmo, PhD; and Assistant Professor Christine Conelea (pictured at right), PhD, LP. Their work focuses on the intersections of autism spectrum disorder with tic disorders, Tourette syndrome, ADHD, and obsessive-compulsive disorder (OCD). “We’re looking at how certain brain pathways or processes occur in people as they really are, not by non-overlapping disorder categories,” said Jacob. “These conditions often occur together – we are looking at how these symptoms develop over time in kids and adults.” 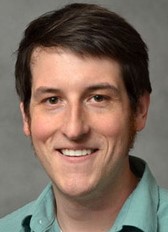 “Up to 90 percent of people with ASD experience sensory symptoms of some kind,” said Schallmo (pictured at left). “They may have hypersensitivity in certain areas, such as finding a moderate amount of light or sound to be too intense.” This is work that Schallmo began during his three years of post-doctoral research at the University of Washington in Seattle. To test visual perception differences in individuals with ASD, Schallmo created a series of visual images to which the research participants are asked to react. Using an eye tracker obtained by Jacob and Jed Elison, PhD, of the Institute of Child Development, the subjects are asked if one image is “stronger” than the other. A wide range of ages can participate in the eye-tracking study.

Schallmo explained that this work is important because, “if we could figure out how neural circuits are disrupted in autism, it would enable us to develop new screenings for ASD to help identify kids at risk, and to develop new targets for treatment studies.”

Intervening early
Jacob is also working with Elison and Associate Professor Jason Wolff, PhD, of the Department of Education Psychology, on an imaging study of infants from 12 months to three years old. “We’re looking at a community sample, collecting online assessments to pick up risk factors early to see who will develop a neuro-developmental disorder such as autism – possibly before parents have concerns,” Jacob explained. “We’re using technology to identify children before they are flagged in a clinical setting.”

All of this neuro-developmental work is exciting, according to Jacob. “If you identify children under two who have challenges socially communicating and you figure out ways to help them communicate, this changes their entire trajectory. It has a profound impact on their early development and the effects continue through adulthood.”

If you would like to participate in the U’s autism spectrum disorder research, there are several studies underway. You will also find resources for families. Learn more.

In addition, the University of Minnesota Autism Initiative was created by researchers and clinicians dedicated to improving the lives of individuals with autism and their families.