Investigating the biological underpinnings of neuropscychiatric disorders has been a lifelong joy, says retiring professor of psychiatry and neuroscience

Dr. S. Hossein Fatemi was recruited by former Department Head, Dr. Paula Clayton back in 1996 in a dual role that consisted of both research as a scientist, and patient care as a clinician.

Dr. Fatemi began his training as a scientist while pursuing his PhD at the University of Nebraska Medical Center, then continued his clinical training while obtaining his MD at Case Western Reserve University. Dr. Fatemi believed that his interest has always been in the sciences. “Becoming a clinician later gave me this added dimension that when you see patients and you investigate the aspects of the illness, I think it gives you the added impetus not only to help the patient, but to investigate the reasons for their illness; this last reason is why I did the basic science work”, he said.

The challenges that Dr. Fatemi has experienced throughout his career are shared by many of those conducting research. “The major challenges are if you are interested in doing science and research, you need to support your research financially,” said Fatemi. “...to support yourself you have to have grants. If you don’t have that, one of the worries of most, if not all scientists, is how do you support yourself?” 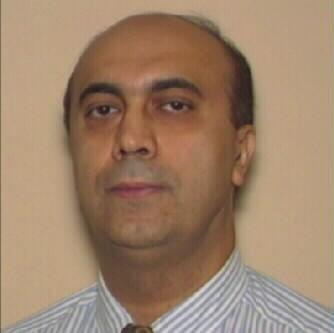 After coming to the University of Minnesota, Dr. Fatemi (pictured here) received a grant from the National Alliance for Research on Schizophrenia & Depression (now the Brain & Behavior Research Foundation) that enabled him to test a hypothesis: an effect of the viral influenza infection may have caused pregnant patients to somehow pass this susceptibility to their children in utero. The epidemiologic research showed patientswho later developed schizophrenia, were born to mothers who were exposed to such infections.“This always surprised me, and I couldn’t find any basic scientific support for it. This is what I wanted to test to see whether this was true or not,” said Fatemi.

Starting with help from a group of virologists at Utah State University, this hypothesis was tested on infected pregnant mice at a specific period during gestation. An influenza strain caused a non-lethal infection in pregnant mice to see if it affected the embryonic brain adversely. As later published research showed, viral infection in pregnant mice caused both structural and behavioral abnormalities in the developing neonates similar to what is seen in patients with schizophrenia. This is what they did in fact begin to see, noted Fatemi. “The effect was present in the brains of infected newborn mice and involved important brain sites associated with schizophrenia.”

Until being funded by the NIH (National Institutes of Health) after several years of getting small grants, people didn’t believe the hypothesis that was being tested. “This was one of the accomplishments and successes of our group that took several years to accomplish, and has now been replicated by numerous investigators.” The viral model of psychiatric diseases is at least one of the environmental causes for developing psychiatric disorders such as schizophrenia and autism. The idea behind this model was conceived at Case Western Reserve University and developed here in the Department of Psychiatry & Behavioral Sciences. “It was one of the major things I accomplished,'' Fatemi stated.

Also in the Department, Dr. Fatemi further investigated involvement of brain proteins in psychiatric disorders, which has since been expanded  significantly. Rather than looking at a single protein at a time, the study of proteomics looks at thousands of proteins and gives a glimpse of their roles in brain function, especially in major psychiatric disorders. His research over the past 26 years has contributed to better understanding the roles of a multitude of brain proteins in the frontal cortex, hippocampus, and cerebellum in those with schizophrenia, major depression, bipolar disorder, and autism.

Additionally, his work has elucidated mechanisms behind the action of some of the medications being used in treating psychiatric disorders. Most recently, he was given a grant to investigate the genes and proteins involved in Down’s syndrome, a major brain disorder impacting cognitive abilities for which no treatment is currently available. Dr. Fatemi is testing a hypothesis that introducing a psychiatric medication to the mouse model of Down’s syndrome may rescue the development of the disease, something that is still being investigated.

Dr. Fatemi will continue to work on his Down’s syndrome study to analyze and publish the data, and be a reviewer for grants and papers, which he states, “keeps me going.”