On September 10, 2021, the Minnesota Board of Medical Practice voted to change the language of a mental health disclosure question on its physician licensing application. Why is that important? It was the long-awaited result of research and advocacy work done by three former U of M medical students, all of whom are now in residency programs.

The question on the application was: Have you within the past five years been advised by your treating physician that you have a mental, physical, or emotional condition, which, if untreated, would be likely to impair your ability to practice medicine with reasonable skill and safety?

“While I will continue to advocate for eliminating the question entirely in favor of using an attestation, this is a step in the right direction to remove barriers to mental health care for physicians and medical trainees,” said one of the former medical school students, Brianna Engelson, MD, now a second-year psychiatry resident at the U.

This journey began three years ago for Engelson, Jennifer Zick, MD, PhD, also a second-year psychiatry resident at the U, and Sameena Ahmed-Buehler, MD, who is now a resident with the Santa Rosa Family Medicine program in California. 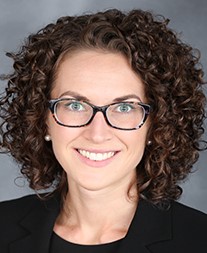 Engelson (pictured at left) has always been interested in barriers to mental health care. “I lived in a small town where this kind of care wasn’t generally available,” she said. “And stigma about getting mental health care was rampant. That got me engaged in addressing barriers to this type of care.”

During medical school, two of Engelson’s classmates died by suicide within a month of each other. “Suddenly, lots of my classmates were reaching out to me, saying they were struggling and didn’t know what to do,” she said. “They didn’t feel they could seek mental health care because of the potential impact it could have on their careers. That shifted my research focus to barriers to mental health care that exist for physicians and medical trainees.”

When students enter medical school, they have the same rate of mental illness as their peers, according to Engelson. “But as we progress through school and into our careers, the rate of suicide and depression go up,” she said. “The stressors that are contributing to this right now are shifting. For my medical school and residency cohort, the STEP 1 exam was a big contributor.”

STEP 1 is the first part of the United States Medical Licensing Examination. Introduced in the early ‘90s, it assesses whether medical school students or graduates can apply important foundational science concepts required for the practice of medicine.

Not showing weakness
“We’re having to learn more than any other generation of medical students, which can be overwhelming,” said Engelson. “And the culture in medicine of not showing weakness is lauded. That culture promotes long hours without sleep, not taking care of yourself, and not taking a break — whether that’s time off for a vacation or time to see a doctor.”

An advocacy project about eliminating barriers to health care is what brought the three medical school students together. The team decided to focus on changing the way the aforementioned question on the Minnesota physician license application was worded. 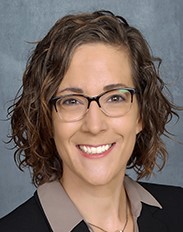 “We met with Juliana Milhofer, who is the primary liaison between the Minnesota Medical Association and the student group, Hands On Advocacy, that we are part of. She encouraged us to talk with the Minnesota Board of Medical Practice,” said Zick (pictured at left). “Before we did that, we developed a Resolution that we presented during the Minnesota Academy of Family Physicians’ yearly conference. The organization passed the Resolution and started focusing its formal policies more on physician mental health. They also said they were in favor of changing the Board of Medical Practice’s application question. It was rewarding to think we could make that kind of change.”

The group presented a similar Resolution during the Minnesota Medical Association conference, which attendees also approved.

“It was powerful.”
“Doing these presentations generated a lot of interesting conversations,” said Zick. “People got up and talked about struggling with mental illness and really worrying about disclosing that to colleagues via the application process. It was powerful.”

The group also met with some members of the Minnesota Board of Medical Practice (MBMP) and attended MBMP sessions during which the potential changes were discussed.

To get broader exposure for this issue, the trio prepared a July 29, 2019, piece for OpMed titled, The Emotional Occupational Hazards of Our Work. In it, they wrote, “…we should not place blame on medical professionals for the consequences of the potentially harmful conditions in which they work. Instead, the process of medical licensing and credentialing should view the acknowledgement of mental illness and the pursuit of recovery as a strength of its physicians, not a weakness.”

Difficult to justify
They wrote a Commentary for the November/December 2019 issue of Minnesota Medicine in which they noted that, “With a paucity of evidence that the current disclosure requirement … is protective of patients and clear demonstration that they are discriminatory and harmful to providers, it is difficult to justify leaving them in place.”

Each of these articles contain recommendations that would help solve this problem. Engelson is also preparing a letter to the editor of a medical journal and has done poster presentations at national meetings. “Eventually, we want to get the word out in the hope of collaborating with others across the country,” said both Zick and Engelson. “If we’re moving toward a culture shift, it will take a national stage.”

Finally, Engelson believes the problem has a ripple effect. “If we are so concerned about stigma and being discriminated against and potentially sacrificing our careers by disclosing on a licensing exam that we have sought mental health care, how in the world can we expect our patients to feel safe seeking care,” she said. “We need everyone to feel that it’s okay to seek mental health care treatment.”