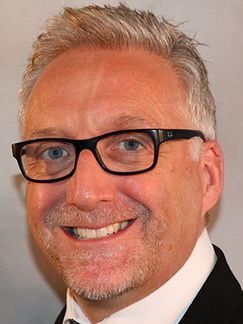 The World Health Organization ranks bipolar disorder as one of the most disabling medical conditions in the United States. Approximately four percent of the U.S. population has bipolar disorder, making it fairly common. Usually, symptoms of the disorder start to emerge when people are in their teens or early 20s. “We know for sure that people respond best to treatment when they’re younger,” said Associate Professor David Bond (pictured here), MD, PhD. “It’s really important to accurately diagnose these young people when they first develop symptoms of the disorder.”

Bipolar disorder is a psychiatric illness in which people experience two different abnormal mood states, according to Bond. One is depression, which causes people to feel despondent and hopeless. “They have low motivation and energy, and they feel down about themselves,” said Bond. “When it’s severe, they can even have thoughts of death or suicide.”

Mania is the other abnormal mood state associated with bipolar disorder, noted Bond. When in the manic phase, people with bipolar disorder have elevated moods and lots of energy and feel euphoric. “Unfortunately, impulsivity in this phase often leads people to take part in risky behaviors such as alcohol and drug use and sexual behavior that’s out of keeping for the person,” said Bond.

Few treatment programs
Unfortunately, there are few treatment programs dedicated to treating bipolar disorder in young people. There are, however, well-established programs for treating another mental illness that is often diagnosed in young people – first-episode psychosis (schizophrenia). A network of programs called NAVIGATE arose from a National Institutes of Mental Health study called RAISE (Recovery After an Initial Schizophrenia Episode). NAVIGATE offers both clinical and nonclinical services to individuals diagnosed with first-episode psychosis. “The program makes a big difference for people with that illness,” said Bond. “We hope and expect that a similar program can deliver the same benefits for people with bipolar disorder.” 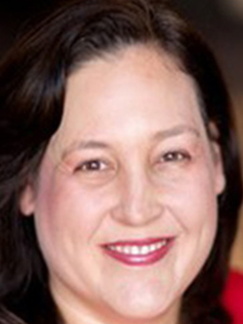 Bond and colleagues Piper Meyer-Kalos (pictured here), PhD, LP; and research professional Carissa Coudray recently received funding from the Minnesota Department of Human Services to develop a blueprint for a program that will provide treatment for young people with bipolar disorder statewide. “The idea is to adapt the NAVIGATE model already being used very successfully in early-stage schizophrenia to meet the unique needs of people with early-stage bipolar disorder,” said Bond. “If the State likes our blueprint and perceives that there's community support for it, we’re hopeful that the next step will be for them to provide additional funding so that we can pilot it.”

Recognized as a bipolar disorder expert, Bond helped write clinical practice guidelines for the condition that are used throughout the world. “Our main task is to adapt them to young people,” he said.

Lot of expertise
The University of Minnesota is an excellent place for this work. “We have a lot of expertise in treating early-stage psychosis using the NAVIGATE model,” said Bond. Meyer-Kalos, who works with the NAVIGATE program, was an investigator in the RAISE study and helped develop the Individual Resiliency Treatment manual for NAVIGATE. In addition, Bond led the development of an early-stage mood disorders program based at the University of Minnesota with department colleague and child psychiatrist Kathryn Cullen, MD. “We have been doing it for four years and have developed a lot of experience in diagnosing and treating people with early-stage bipolar disorder,” he said.

“We’re one of the few institutions in the country with a program for early-stage mood disorders,” added Meyer-Kalos. “Combined with NAVIGATE, it makes us uniquely positioned to develop this new bipolar disorder blueprint.”

Looking at what works
There isn’t as much research on treating early bipolar disorder as there is on treating early psychosis, which is why this blueprint is so important, according to Meyer-Kalos. “We can’t simply take what we’re doing for early psychosis and copy it,” she said. “David and I are going through the NAVIGATE model to see what applies and what doesn’t. We are also looking at the key features of bipolar disorder that aren’t addressed using NAVIGATE’s framework. We will work with experts to integrate treatment approaches to address those specific needs.”

One of the needs not currently addressed by NAVIGATE is getting the correct diagnosis quickly for bipolar disorder, according to Bond. “That’s enormously challenging,” he said. “Depression is usually the starting point. Most people with bipolar disorder have several depressive episodes before they start to experience manic symptoms, which tend to bubble up slowly over time.”

Often misdiagnosed
As a result, bipolar disorder patients are often misdiagnosed with major depressive disorder. However, the two conditions are treated very differently. “From a medication perspective, people with bipolar disorder don’t respond as well to antidepressant medications — they can in fact be harmful, by triggering manic episodes, intense irritability, or even suicidal thoughts,” said Bond. “And people with bipolar disorder often have additional psychiatric illnesses that need to be screened for, such as anxiety, substance abuse disorders, and ADHD, all of which can contribute to people feeling unwell and doing poorly at school or work.”

There are specific types of therapy that might help people with bipolar disorder that aren’t currently included in NAVIGATE. For example, Interpersonal and Social Rhythms Therapy is geared towards helping people develop structure to their day and helping them develop good circadian rhythms. “Regular circadian rhythms and daily structure can help stabilize bipolar disorder, working in concert with medication treatment,” said Bond “We need to adapt that therapy to these young people and to the NAVIGATE model. We also need to train clinicians in these interventions, such as those who currently staff our NAVIGATE clinics.”

Medication algorithm needed
Bond added that it’s important to treat bipolar disorder with medication. “Some mental health illnesses can be treated with psychotherapy alone,” he said. “That’s not true for bipolar disorder. A medication algorithm is needed for them to get and stay well. Well-delivered therapy provides additional benefits, and both treatments together have the greatest benefit.”

What won’t change is NAVIGATE’s emphasis on helping people achieve their goals – to get back to school or work, according to Meyer-Kalos. Another important emphasis will be on evidence-based practices and involving the family in the treatment process. “The data are clear that individuals whose families are involved got more out of the treatment in the NAVIGATE program,” she said. “It’s a critical part of the intervention.”

Off to a running start
The team is set to deliver the blueprint to the Department of Human Services by June 2023. “We’re off to a running start,” said Meyer-Kalos. If approved and the State provides additional funding, the new program could be piloted through the three existing NAVIGATE teams in Minnesota. “After the pilot, we hope other states will be interested as well,” said Bond.

What will the program be named? “We will engage our stakeholder group of people with bipolar disorder and their families, and providers in the community and at the U, in naming the new program,” said Meyer-Kalos.