According to the National Institute of Mental Health, obsessive-compulsive disorder (OCD) is a common, long-lasting condition characterized by uncontrollable, recurring thoughts (obsessions) that can lead people to engage in repetitive behaviors (compulsions). People with OCD may have symptoms of obsessions, compulsions, or both. These symptoms can interfere with all aspects of life, such as work, school, and personal relationships.

Double diagnosis – autism and OCD
The 18-year-old has significant challenges with autism spectrum disorder. More recently, he was also diagnosed with OCD and his symptoms have become difficult to manage. “Because he wants to go to community college, these symptoms are a significant barrier,” said Moore.

An article titled, “Untangling the ties between autism and obsessive-compulsive disorder,” described the connection between autism and OCD. “At first glance,” the author Daisy Yuhas noted, “autism and OCD appear to have little in common. Yet clinicians and researchers have found an overlap between the two. Studies indicate that up to 84 percent of autistic people have some form of anxiety; as many as 17 percent may specifically have OCD. And an even larger proportion of people with OCD may also have undiagnosed autism, according to one 2017 study.” 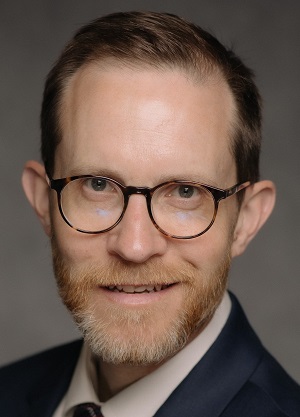 The first step Moore (pictured here) took with this patient was to reframe how he and his family – who are very supportive – conceptualized “the scary stuff.” These are the things that prompt the young man to undergo his repetitive behaviors or rituals, which he believes protects him and others from feared outcomes. “They’ve tried to push out the scary stuff, which isn’t a successful approach,” said Moore. “It’s very difficult for him to stop the thought processes about his obsessions. We have reframed it as ‘carrying it with you, sitting with it, being able to walk through your daily life with it.’”

As an entry point to exposure and response prevention, the indicated treatment for OCD, Moore has the young man write down or draw simple pictures of some of the easier aspects of his scary stuff. “He’s been willing to do little bits of that on a small piece of paper, fold it up, put it in his pocket, and carry it with him while we’re going for a walk or doing other activities in the clinic room,” he said. As the young man gets more willing to “be” with his scary stuff, Moore can open him up to doing things in his life that are really hard.

Autism makes it challenging
In treating those with OCD, providers would typically be interacting with someone who can describe what they’re feeling and when they’re feeling it. “He can’t do that,” said Moore. “His autism makes it hard for him to access his internal world and describe it to you. Trying to find a way to help him even entertain the idea of carrying some of his thoughts with him means that it must be activity based, it must be tangible, not just verbal.”

When Moore works with young people who have OCD, he recognizes the power of having competent and willing parents. “This young man’s mother is very active and knowledgeable about how he’s developed over his life, how these disorders have impacted him, and how he’s responded to different treatments,” said Moore. “Her knowledge is critical. If he had come to me without an active parent, I don’t know how I would have done what I’ve been able to do in the first sessions or where we’ve gotten to in these early stages.”

The approach that Moore is taking with this patient is “not manualized,” he said. “The standard of care for OCD is exposure and response prevention or ritual prevention. The approach I often take is within a framework of acceptance and commitment therapy. The work involves helping the patient recognize what their values are, identify steps toward living those values, and figure out how to take those steps, even in the presence of the hard internal experiences that they sometimes have. They commit to doing things in the service of living the valued life they want.”

Autoimmune disorder leads to OCD
The 13-year-old patient came to this point in her life after several years of dealing with an autoimmune disorder. “The disorder often results in obsessive-compulsive behaviors,” said Moore. “When she came to me, she was ready to commit to tackling them. We kept her in the driver’s seat and told her that she makes the decisions.”

In this case, Moore noted that it’s the week-to-week conversations with her and her parents that reflect on how it’s going for this patient. “We’re listening carefully to where she’s been and where she thinks she can go in the week ahead,” he said. “When we talk about what’s next, we lay out options and make sure she’s the one who chooses what happens. We also recognize out loud when she’s done well and that she’s been brave. She has made remarkable progress, which is testimony to the consistency she’s shown in this process and the success that she’s had. She is proud of her accomplishments.”

Patient as decision maker
This approach emphasizes that the patient is the decision maker. “There was one time when a parent stepped in and made a decision for her that went too far,” said Moore. “It gave us an opportunity to talk about not pushing her.”

This is an evidence-based process that has been shown to work, according to Moore. “There are countless kids who have gone through it and that has helped us as providers get it right,” he said. “A lot of kids don’t understand how common OCD is and that going through this flexible, customizable process is a way that other kids have gotten unstuck.”

Collaborating, teaching
Moore, who is relatively new to the Masonic Institute for the Developing Brain, collaborates closely with faculty members Alexandra (Sasha) Zagoloff, PhD, LP; and with OCD expert Christine Conelea, PhD, LP, on cases such as these. “Christine and I started a weekly roundtable group for learners working with this patient population and learning to do interventions like this,” he said. “I’m learning as much as I teach.”