Working with adolescents who have attempted suicide to find better treatments

Suicide is the second leading cause of death for U.S. adolescents. A 2019 study done by New York University showed that between 1992 and 2017, nearly one in five adolescents reported they were thinking about suicide. These grim statistics are part of what inspired Assistant Professor Karina Quevedo, PhD, to use her research to better inform treatments that might help teens who attempt suicide.

“We know very little about what’s going on with this population,” said Dr. Quevedo. “We don’t know the predictors, the antecedents that could show us if they might attempt suicide. It’s a difficult problem because the consequences for the kids and their families are devastating. It’s worth studying.” 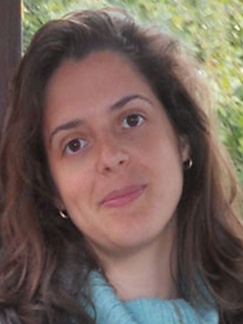 Dr. Quevedo (pictured at left) recently applied for and won a National Institutes of Health grant titled, Neurofeedback and Neural Plasticity of Self-Processing and Affect Regulation Circuits in Suicide-Attempting Adolescents. Work on the two-year grant is just beginning, as Dr. Quevedo, who is the principal investigator, gets all the required documentation in place and recruits staff.

This suicide research grant continues two streams of Dr. Quevedo’s prior work. “My work focuses on developmental pathways and risk factors for adolescent depression with emphasis on the role of identity formation and self-development,” she said. That research is crucial to the new study.

Dr. Quevedo’s team will work with subjects between the ages of 12 to 17 years. “That’s an important period for developing how we see ourselves,” she said. “During those years, we organize our behavior to either become resilient or frail when it comes to adversity.”

Enormous implications
This is also a time when teens develop depression, according to Dr. Quevedo. “People with depression have a constant negative bias,” she said. “Information that is positive or self-affirming is ignored. Anything that is negative or reflects poorly is coded very rapidly and absorbed into the notion of self. Over time, that notion is one of something being broken or flawed. If this happens during adolescence, it has enormous implications for the future and puts you at great risk for depression and becoming clinically impaired later in life.”

It also puts you at greater risk for suicide while you are still young.

Dr. Quevedo believes that by exposing adolescents who have attempted suicide to positive images of themselves while they’re being scanned by an MRI and then asking them – through neurofeedback – to move the bar of a “thermometer” they see on the screen next to their image, it could build neuroplasticity that helps them become more resilient. “The bar shows them how successful they are in creating activity in the area of the brain we’re targeting,” Dr. Quevedo explained. “That becomes a signal for uploading positive memories.”

Regulating self-perception
To test her theories, Dr. Quevedo is working with colleagues from the U's Center for Magnetic Resonance Research, Director Kamil Ugurbil, PhD; and Research Fellow John Strupp, MSEE on this adolescent suicide research. She is hoping that, if successful, their work will provide a foundation upon which to build a new set of treatment tools, perhaps based on less expensive means of creating biofeedback. It rests on helping adolescents build skills that regulate their self-perception in a more positive way.

The goal is to enroll at least 150-200 study subjects from inpatient units throughout the region. Subjects will be compensated and are asked to complete five sessions lasting from two to five hours. “It’s ambitious and under the current circumstances, we’re proceeding slowly,” said Dr. Quevedo. “We hope there is a COVID vaccine before we start.” The research team wants to begin recruiting sometime next year.

Learn more about this work.