The mission of the Center for Immunology is to coordinate and promote efforts in basic immunology research, education, and clinical applications at the University of Minnesota. CFI follows in the wake of a strong tradition in immunology at the U of M. The American Association of Immunologists (AAI) was founded in Minneapolis, Minnesota in 1913 at the annual meeting of the American Medical Association. In the 1950s to the 1970s, Robert Good and his team in the U of M Department of Pediatrics performed groundbreaking research on the lymphoid organs that support cell-mediated and humoral immunity. The Good team also performed the first successful bone marrow transplant and identified the cause of chronic granulomatous disease.

After Bach left the U of M in the early 1990s, several faculty members lead by Tucker LeBien, urged Medical School Dean David Brown to hire a prominent senior immunologist to revitalize the discipline. In 1993, Matthew Mescher was hired with this charge. Mescher’s home department was Laboratory Medicine and Pathology headed by Leo Furcht. In 1994-1996, Mescher and Furcht also hired Yoji Shimizu, a prominent immunologist from the University of Michigan, and Stephen Jameson and Kristin Hogquist, outstanding postdoctoral fellows from Michael Bevan’s lab.

In 1994, Mescher and LeBien set about organizing U of M immunologists. They formed an Immunology Working Group with 11 other immunology faculty members from 8 departments. The goals of this group were to foster additional recruitments in immunology, enhance the visibility of graduate training opportunities in immunology, and obtain contiguous research space for immunology investigators. The Immunology Working Group worked successfully for a new merged graduate program titled Microbiology, Immunology, and Molecular Pathobiology, which soon became Microbiology, Immunology, and Cancer Biology (MICaB). Mescher applied for a Center Grant from the U of M Graduate School, which provided $50,000 per year for 2 years to establish the CFI. The CFI was thus formally constituted in 1995 with Mescher as director and Marc Jenkins as associate director.

Mescher and Jenkins then put out a campus-wide call for immunologists to join the CFI. About 50 faculty members joined the CFI at this time. As this was happening, U of M leadership decided to erect a new building called Nils Hasselmo Hall to house research programs that did not have traditional departmental homes. Immunology was slated for space in the building and Shimizu and Jenkins were appointed to the space assignment committee to represent the CFI. Shimizu and Jenkins negotiated space for 8 immunology investigators. It was decided by the CFI that Shimizu, Jenkins, Mescher, Hogquist, Jameson, Timothy Behrens, Daniel Mueller, and Nancy Reinsmoen would move into laboratory space in Nils Hasselmo Hall. Reinsmoen left the U of M before the move took place, so 7 CFI investigators moved to the 6th floor of Nils Hasselmo Hall in 1997.

In 2006, it had become clear that growth of the CFI was limited by the space available in Nils Hasselmo. At this time the U of M leaders were planning to build several new research buildings on the north side of campus and the CFI was identified as one of the future occupants of the planned Wallin Medical Bioscience Building with space for 15 investigators. Drs.Behrens and Ingulli left for new positions at Genentech and UCSD, respectively, as decisions were being made about how the Wallin Medical Bioscience Building space would be assigned. CFI leaders decided that Mescher, Jenkins, Jameson, Hogquist, Shimizu, Mueller, Farrar, Khoruts, and Peterson would move from Nils Hasselmo Hall, and Binstadt, Kaplan, Gillespie, Fife, Masopust and Vezys would move from their departmental space to occupy the CFI-designated space in Wallin Medical Bioscience Building. The building construction was completed and the move took place in December 2009. Tanya Freedman was hired by the Pharmacology Department and moved into CFI space in 2014. In 2015, Kaplan left UMN and went to the University of Pittsburgh's Department of Dermatology. Matt Mescher retired in 2016 and Emily Gillespie left in 2018. Ingunn Stromnes was hired by the Department of Microbiology and Immunology in 2017 after completing her post doctoral training with Phil Greenberg, at the Fred Hutch Cancer Center in Seattle.  Tyler D. Bold, MD, PhD, is an infectious disease physician and physician-scientist, trained in the clinical sub specialty practice of infectious diseases and laboratory-based investigations of microbiology and immunology joined CFI and the Department of Medicine Division of Infectious Diseases and International Medicine in 2018. His research lab is focused on advancing understanding of how the adaptive immune system combats infection with Mycobacterium tuberculosis, the bacterial pathogen responsible for human TB. Jesse Williams moved to the University of Minnesota in March of 2019 and joined the Department of Integrative Biology and Physiology, and moved into CFI space to start his own lab to continue his work on innate immunity in atherosclerosis. Monica Campo Patiño, MD, MPH joined the University of Minnesota Department of Medicine in the Pulmonary, Critical Care Division in 2021. Her lab in CFI focuses on examining regulatory innate immunity pathways of the early stages of tuberculosis. In 2022, Center for Immunology welcomed Michael Lipscomb, Ph.D. to the University of Minnesota and to our group housed in WMBB where he will have a satellite lab as part of his larger lab housed in NHH. Dr. Lipscomb is an Associate Professor in the Department of Pharmacology. 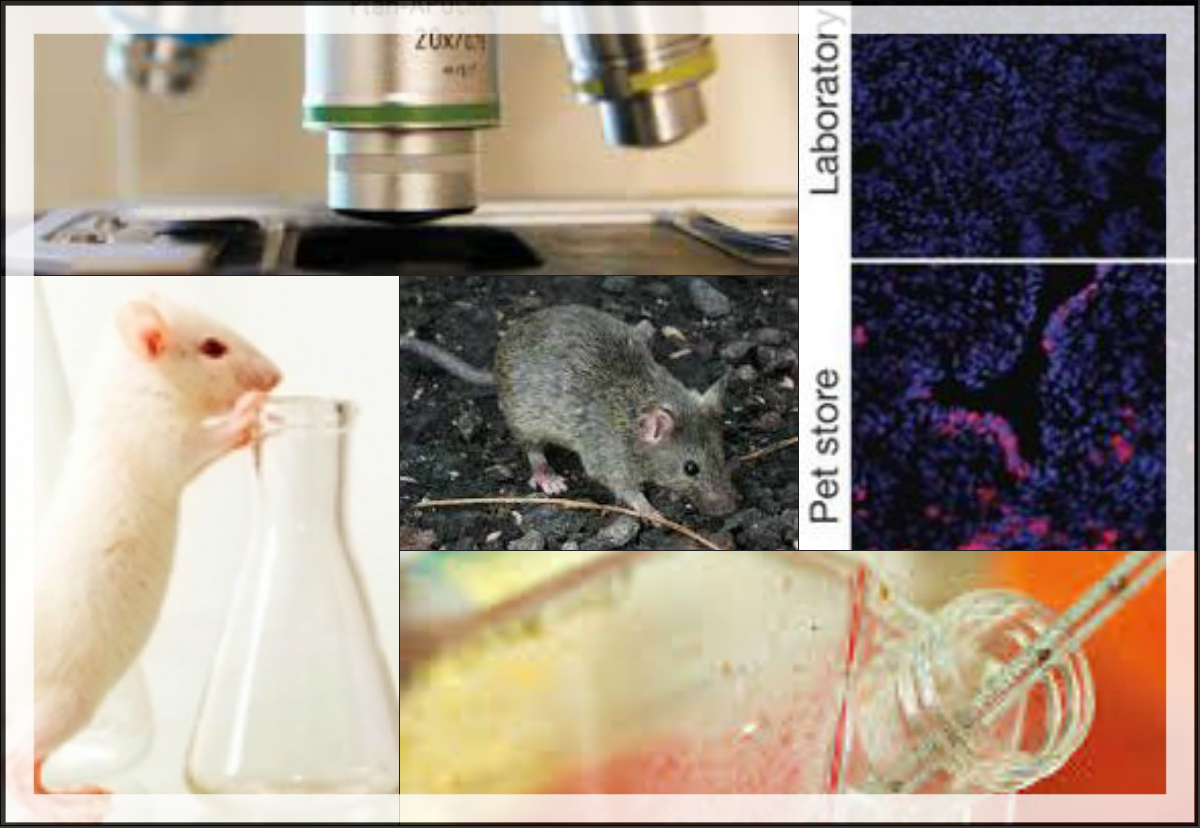 Immunology at the University of Minnesota (U of M) is currently organized through the Center for Immunology (CFI), a multi-departmental research organization with designated laboratory space in the Wallin Medical Biosciences Building.

Our reputation and impact

The reputation and impact of the CFI are reflected in the following:

The Center for Immunology today

In 2013, Dr. Mescher decided to step down as CFI director after serving in this role for 18 years. The Medical School Dean appointed Dr. Jenkins as the new director and Dr. Jenkins chose Dr. Hogquist as the new associate director.

The other 54 CFI members are considered to be CFI Adjunct Faculty Members. The criteria for membership in this group include a U of M faculty appointment and active engagement in immunology research.

The CFI has a well-defined leadership team consisting of director Marc Jenkins, associate director Kris Hogquist, and an executive committee of professors from the CFI Core Faculty group. The director reports to the Medical School Vice Dean for Research and has a seat on the Medical School Dean’s Basic Science Council. The CFI Core Faculty group meets monthly to discuss CFI business. The director and associate director make decisions about space and resource allocation, equipment purchases, and educational initiatives with consultation from the executive committee and the Vice Dean. The CFI Core Faculty Members provide intellectual leadership, which is fitting since all of these individuals are leaders in their fields.

Leading activities across the U

The CFI Core Faculty Members are now responsible for organizing most immunology-related activities at the U of M including:

CFI Core Faculty Members also do the lion’s share of immunology teaching at the University of Minnesota: 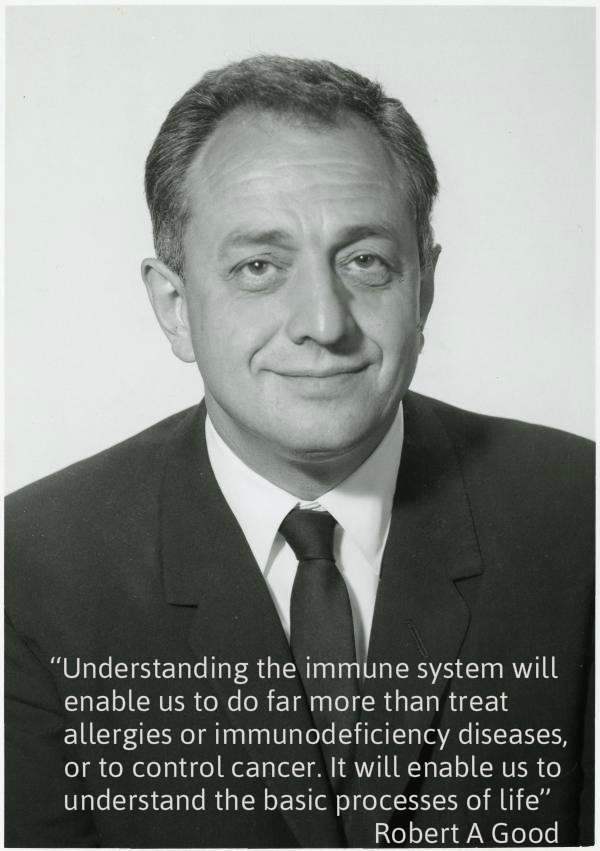