My main research interest is pediatric cancer genetics, immunotherapy, and gene therapy. I was drawn to the field of pediatric cancer as it is understudied and effects such a critical patient population. In order ot uncover the genetics of these complex tumors I have implemented forward genetic screens in mice using the Sleeping Beauty (SB) transposon system as an insertional mutagen. I performed a SB screen for osteosarcoma development and metastasis and assisted in screens for medulloblastoma and malignant peripheral nerve sheath (MPNST) tumors. The genes and genetic pathways identified through these screens are then used as a focused list for comparative genomics analysis with data generated from human pediatric tumor samples. From these data we can identify top candidates to investigate further using human cell lines, xenograft models, and patient derived xenografts (PDX). In order to most accurately and rigorously test these candidates I became an expert in the cutting edge field of genome engineering using programmable nucleases. I have previously implemented both the CRISPR/Cas9 and Transcriptional Activator-Like Effector (TALEN) systems to knockout genes, induce targeted sequence changes, and activate and/or repress endogenous gene expression. The combination of all of these approaches allows for the identification and validation of novel, actionable targets for new pediatric cancer therapies. It was this experience with targeted nucleases and DNA transposons that got me interested and involved in cancer immunotherapy and gene therapy.

Natural killer (NK) cells are cytotoxic lymphocytes of the innate immune system that function to eradicate virally-infected cells and transformed cancer cells. Their killing of target cells relies on signaling through an array of activating and inhibitory receptors. The natural ability of NK cells to kill cancer has made them an attractive source for immunotherapy. However, NK cells face challenges after transplant due to suppressive signals in the tumor microenvironment, and thus NK cell immunotherapy has not been successful.

To help NK cells overcome these challenges, our lab has developed methods for genetic engineering of primary human NK cells using CRISPR/Cas9, CRISPR/Cas9 base editors, and recombinant adeno-associated virus (AAV). We use our optimized protocols to:

Osteosarcoma (OSA) is the most common malignant bone tumor found in children and adolescents and is associated with many complications including life-ending metastases. With no known precursors to OSA, treatment options are extremely limited. Adjuvant chemotherapy and surgical resection are standard therapies, however; treatment efficacy still remains poor for over one-third of osteosarcoma patients. Although our understanding of the mechanisms underlying tumor development, progression and metastasis is improving, the complex nature of the bone tumor microenvironment presents unique challenges in identifying novel drug targets and treatment strategies. We recently performed a forward genetic screen in OSA and identified numerous novel candidate genes driving development and metastasis. Follow up studies are now underway and new understanding gained will be utilized to evaluate therapeutic treatments in cellular and animal models.

B cells is a subset of lymphocytes of the adaptive immune system that mainly function to produce large quantity of immunoglobulins (IGs) to marking foreign antigen that is potentially harmful to human, subsequent recruiting other immune cells to eliminate the potential risks. B cells also have unique ability to differentiate into long-lived plasma cells that express large amount of antibody (Immunoglobulin G, IgG).

We exploit this unique ability of B cells by using CRISPR-Cas9 to mediate site-specific insertion of a therapeutic gene into the B cells and used as cell-based therapy for human diseases. I hypothesized that by disrupting the production of IGs will allow available resources to produce large quantity of therapeutic protein. Thus, my project is focusing on using CRISPR-Cas9 in combination of rAAV (recombinant adeno-associated viral vector) to mediate knocking in of a therapeutic gene at the immunoglobulin heavy chain constant mu (IGHM) locus, whereby the insertion will disrupt the production of the Immunoglobulin heavy chain (IgH), at the same time, allows large production of the therapeutic gene.

My project is divided into 3 parts:

My disease model is a rare autosomal genetic disorder, mucopolysaccharidosis type I (MPS I, a.k.a. Hurler-Scheie syndrome) caused by the lack of a-L-iduronidase (IDUA)enzyme due to mutations on the IDUA gene. This enzyme involved in a multi-step process of Glycosaminoglycan (GAGs) metabolite in the lysosome. Lacking the enzyme results in accumulation of GAGs in the cells, and subsequent inflammation and cell death, which leads to systemic deterioration of the affected individuals and die at young ages. To date, enzyme replacement therapy (ERT) and bone marrow transplantation are the standard cares for the disease with no or little improvement of the health of the affected individuals. I will genetic engineer B cells by site-specific insertion the therapeutic IDUA to disrupt IgH production and to express IDUA. These engineered B cells will be direct differentiated into long-lived plasma cells and will be transplanted into an NSG mouse model of MPS I. This novel strategy will provide sustainably large quantity of IDUA enzyme in the circulation for systemic cross-correction for IDUA deficiency.

Dendritic cells (DCs) are a major class of professional antigen presenting cells and therefore play a critical role in the induction of antigen specific immunity and the development of peripheral tolerance. Extensive research has explored the use of DC-based immunotherapies for the treatment of various cancers and DC vaccines have been shown to promote potent antitumor T cell responses and prolong patient survival. In these protocols, DC precursors called monocytes are isolated, treated with cytokine and antigen to mature them to monocyte-derived DCs (MDDCs), and then injected back into the patient where they initiate an antigen-specific immune response. While this approach has had some successes, including a FDA-approved cancer vaccine, Sipuleucel-T, the overall clinical response rates are generally low. Therefore, we are gene editing MDDCs to increase their immunostimulatory potential. In our protocol, immunosuppressive genes such as IL10 and PDL1 are edited via CRISPR/Cas9 thus increasing the ability of DCs to stimulate anti-cancer T cell responses. This approach has the potential to vastly improve the efficacy of DC-based immunotherapies for the treatment of cancers.

DCs have also been tested as a treatment of autoimmunity and allergy. A specific subset of DCs, called tolerogenic DCs (tolDCs) can induce antigen-specific immunological tolerance, a state of non-responsiveness, in T cells. However, a significant risk of this approach is that tolDCs can convert to immune activating DCs upon stimulation, thereby inducing antigen-specific immunity, instead of antigen-specific tolerance. Therefore, we are gene-editing DCs to knockout expression of CD40 and RelB, to prevent tolDC activation and increase tolDC efficacy and safety.

In the context of generating an “off-the-shelf” cellular product, our lab is evaluating the application of third- and fourth-generation Cas9 base editors for multiplex gene disruption in primary human T-cells. To this end, chemically-modified gRNAs and base editor mRNA are first delivered to stimulated T-cells by electroporation. Base editing efficiencies are determined on the genomic level using the EditR web app, and by next generation sequencing (NGS). Gene knock-out efficiencies are analyzed on the protein level by flow cytometry. Through systematic reagent and dose optimization efforts, we achieve highly efficient C>T base conversion and consequent protein knockout at therapeutically-relevant loci including TRAC, PD-1, and B2M, and have made the following observations:

In addition to gene disruption, we’re currently exploring different avenues for delivery of a chimeric antigen receptor (CAR) to the T-cells. Overall, our work demonstrates that Cas9 base editor technology can be utilized to mediate efficient, multiplex gene disruption in primary human T-cells without associated translocations, making it a safer platform for cell therapy development.

Surgery, chemotherapy, and radiation remain the most common therapeutic interventions for pediatric cancers, but these treatments carry significant side effects that negatively impact a patient’s quality of life. To develop new avenues for therapeutic intervention, improved models of pediatric cancer are desperately needed.  Our lab is using induced pluripotent stem cells (iPSC) and modern genome engineering techniques to generate a new platform for studying pediatric cancers. By inducing targeted genetic changes and analyzing the consequent phenotype in a controlled and stepwise manner – a “bottom-up strategy” - we hypothesize that we will be able to better understand the mechanisms that initiate a cancer-like phenotype and drive some cancers to respond to treatment differently. Ultimately, we plan to develop methods to grow the cells in 3D to better mimic the complex tumor microenvironment and use these systems in large scale drug and genetic screens.

Allogeneic hematopoietic stem cell transplant (allo-HSCT) can be used to cure patients with serious genetic hematologic diseases, such as primary immunodeficiencies and hemoglobinopathies, but this therapy carries the risk of life-threatening complications and requires a suitable donor. These risks have prevented allo-HSCT from being applied broadly. over the last several decased it has become possible to isolate a patient's own cells, engineer and expand them in teh laboratory, and use them to treat disease. These advances have made ex vivo gene correction and autologous HSCT (auto-HSCT) a promising new approach for treating such diseases.

The goal of our group is to develop safe and effective therapies that will cure human patients suffering from genetic hematologic diseases. We are employing the recently-developed Cas9 Base Edictors (CRISPR/Cas9-cytidine deaminase or -adenosine deaminase fusion enzymes) to correct disease-causing point mutations in human CD34+ HSCs. Due to the selective advantage conferred upon cells with corrected mutations, we predict that mutation correction with Base Editors will serve as a viable therapeutic option for these genetic diseases. We are currently working on optimizing methods for Base Editing in human umbilical cord blood (UCB) CD34+ HSCs. We have UCB samples from patients with sickle cell anemia and severe combined immunodeficiency (SCID) that we will ultimately correct and test in preclinical models. 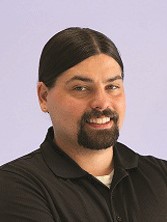