The laboratory focuses on neonatal iron nutrition & metabolism and the developing brain, and specifically the hippocampus, which underlies recognition memory processing. It is now understood through the work of our laboratory that adult mental health has its beginnings in the perinatal period and that failure to provide the optimal environment in that period can have life-long consequences. Thus, the real cost to society of early life adversity, including nutrient deficits, is the lost educational and job potential because of failure to “construct” the brain during its critical periods of development. Dr. Georgieff's work has focused on defining those critical periods and understanding the basic mechanisms (eg, epigenetics) by which nutrients shape the developing brain. It is his hope that the discoveries at the bench and in his clinical research improve the neurodevelopmental outcomes for high-risk newborns.

Dr. Georgieff's research career in this area has spanned more than 30 years and includes investigations of the effects of nutrients on memory function in humans and pre-clinical models. He has been continuously funded as a Principal Investigator by NIH since 1992. The lab generated the first genetic model of fetal/neonatal brain iron deficiency in order to elucidate the specific requirement of iron for brain development. The expertise in basic laboratory science includes conditional knock-out technology, neurometabolism, neuronal structural analysis, electrophysiology, gene expression and animal and human behavior.

In addition to the work in iron and neurodevelopment, the lab has published more broadly on early life nutritional status and neurodevelopment. Much of this work has centered on the role of nutritional and non-nutritional factors in determining linear growth and the relationship of growth stunting to neurodevelopmental trajectory. This work encompasses studies of preterm infants, internationally adopted children and children in orphanages in developing countries. The impact of early life stressors, nutrient deficiency and other, is a function of which brain regions are growing most rapidly and have the highest metabolic demand at the time of the insult. This work has had an impact on public policy in the US (eg, Committee on Nutrition of the American Academy of Pediatrics; National Institutes of Health) and world-wide (UNICEF, WHO).

Dr. Georgieff is a senior member in the Graduate Program in Neuroscience and is faculty in the Institute of Child Development (Department of Child Psychology). Graduate students from both programs can be mentored by him.

For more information on training opportunities with the Georgieff Laboratory in Developmental Nutritional Neuroscience, contact Dr. Georgieff at georg001@umn.edu.

To establish the optimum sequencing of iron and antimalarial treatment for managing concurrent iron deficiency and malaria, thus guiding future iron intervention programs in malaria-endemic and high-infection settings. Dr. Georgieff serves as a Co-Investigator on this study, which is led by the Principle Investigator, Dr. Sarah Cusick.

This study has three goals: (1) to evaluate the balance of efficacy and tolerability of a 19 mg/kg dose of choline compared to placebo in 2 to 5 year old children with FASD (2) to test two new potential cognitive targets for choline: attention and executive functioning and (3) to determine the longevity of the benefits of choline for cognitive functioning. Dr. Georgieff and Dr. Jeffrey Wozniak serve as Co-Principle Investigators on this study.

The major goals of this project are (1) to determine whether neuronal iron deficiency during hippocampal development reduces mitochondrial function and alters neuronal structure and efficacy and (2) to determine whether therapies that improve mitochondrial function during development prevent long-term neuronal dysfunction. Dr. Georgieff is the Principle Investigator on this study.

The major goals of this application are to (1) demonstrate that serum proteomics and metabolomics detect impending brain dysfunction, (2) verify that standard hematological and iron parameters are poor indices of brain dysfunction, and (3) establish that iron supplementation in the pre-anemic stage of iron deficiency is essential to mitigate the adverse neurological effects in a nonhuman primate model of iron deficiency anemia. Dr. Georgieff is one of three Principle Investigators on this study.

The Effect of Neonatal Anemia and its Treatment on Brain Development (P01, NIH / NHLBI)

The goal of this project is to evaluate whether rHuEPO treatment or RBCTX to relieve phlebotomy induced anemia (PIA) in the newborn mouse pup between postnatal days (P) P3 and P13 improves regional brain development and function in the neonatal period and in young adulthood following resolution of anemia. Dr. Georgieff serves as a Subaward Project Leader on this study.

The goal of this project is to investigate the roles of iron-dependent cellular mechanisms in the developing brain by which early-life iron deficiency, the most common micronutrient deficiency worldwide, causes persistent cognitive and socio-emotional behavior deficits in adulthood. Dr. Georgieff holds a Co-Investigator position on this study, which is led by Principle Investigator, Dr. Phu Tran. 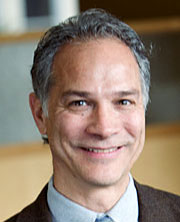