Nathan Carroll, carro453@umn.edu: Nathan joined the lab in March 2020.  He works with induced pluripotent stem cells and is currently assisting with projects investigating the genetic conditions that may lead to the development of bone cancers osteosarcoma and Ewing’s sarcoma.  He holds a BA in chemistry from Carleton College.

Anthony P. DeFeo, apdefeo@umn.edu: Tony is a research scientist who joined the lab in December of 2018 after spending the prior decade in the Tolar lab collaborating with Dr. Webber.  He has multiple graduate degrees including Masters degrees in Secondary Education and Genetics from SUNY New Paltz and a Masters’ degree from NYU School of Medicine in Molecular Oncology.  He has held research positions at NYU, and Cornell in addition to spending 8 years as a Visiting Assistant Professor at Mercy College.  His projects in the lab include the Tumor Infiltrating Lymphocyte (TIL) clinical trial, and the T-Cell and iPSC Cancer Modeling teams.  Tony bike commutes all year long.

Micki Diers, Lab Manager, mddiers@umn.edu: Micki is a Research Scientist and the Moriarity Lab Manager. She has a combined 24 years of research experience at the UMN. She has had the opportunity to work with some great doctors over the years including Dr. Scott McIvor, Dr. David Largaespada, Dr. Brenda Weigel, Dr. Bruce Blazar, Dr. Branden Moriarity, and Dr. Beau Webber, contributing to several areas of cancer research. Her current focus in the Moriarity/Webber labs is T-cell work, engineering T-cells for enhanced cancer immunotherapy. She loves dogs, spending weekends at the lake, and traveling.

Timothy Folsom, folso013@umn.edu: Tim is a research scientist who joined the lab in November, 2020. Prior to joining the lab, he worked in the Department of Psychiatry in the lab of Dr. S. Hossein Fatemi where he studied the origins of neurodevelopmental disorders, primarily autism and schizophrenia. Tim has a B.S. in biology from San Francisco State University and a M.S. in zoology and neuroscience from Iowa State University.

Tim Hinkel, hinke002@umn.edu: Tim is a research scientist who joined the lab in November 2020. He is involved with the Tumor Infiltrating Lymphocyte (TIL) clinical trial. He has a B.S. in Biochemistry from the U of M and a M.S. in Biology from Minnesota State University. Tim enjoys mountain biking and spending time with his family.

Matt Johnson: Matt, a research scientist, joined the lab in March 2016 and works on the B cell, Dendritic cell, and T-cell projects. Prior to joining the lab he researched methods of HIV vaccination as a post-doc at the Emory Vaccine Center. He completed his PhD in Microbiology and Immunology as a member of Dr. Richard Koup's lab in the Vaccine Research Center at the NIH through Georgetown University. He has a BSc in Medical Microbiology from the University of Wisconsin - Madison.

Mitchell Kluesner, klues009@umn.edu: Mitch joined the lab in the spring of 2016 while an undergraduate at the University of Minnesota, where he received his BS in Biochemistry and Neuroscience, with minors in Chemistry and Psychology. As a lab technician, Mitch uses bioinformatic techniques to design, employ, and analyze CRISPR-Cas9 base editing approaches. When not in the lab or on his computer, Mitch likes to spend time in the woods mushroom hunting or playing music.

Joshua Krueger, krueg969@umn.edu: Joshua joined the lab in October 2020. He works with Dr. Jae Woong Chang in optimizing NK cell activation and cloning genes for use in vitro. He hopes to translate these approaches to clinical therapies in the future. Joshua holds a BS in Health Sciences from University of Northwestern-Saint Paul and wants to pursue a PhD in the future. He enjoys swimming and snowboarding in his free time.

Walker Lahr: Walker joined the lab in December of 2016 and works with primary human T, B, and NK cells to further develop base editor and varioius HDR techniques. He has a BS in Biology from the College of Holy Cross. His research has the goal of creating clinical products for therapy. Walker is working towards a career in medicine and hopes to deliver translational therapies to interested patients.

Rebecca Madden, madd0239@umn.edu: Rebecca joined the lab in May 2019 and works on the induced pluripotent stem cell projects. She has a BS in Molecular and Cellular Biology from the University of Minnesota Duluth, and a MS in Integrated Biosciences with a focus in biomedical sciences from the University of Minnesota. She loves animals, biking, cross country skiing, ice skating, and autosports!

Nicholas Slipek, slip0009@umn.edu: Nick joined the lab in the fall of 2018 to work on several projects developing better T-cell therapies. He has a BA in biology from the College of Holy Cross. Nick is looking forward to attending medical school and hopes to focus his career on improving clinical trial design and participation as well as medical ethics. Nick loves to ski and will take you skiing any time you want!

Joseph Skeate, skea0006@umn.edu: Joey is a post-doc that joined the lab in August 2020 and is involved in multiple cell-based immunotherapy projects. Before joining the team, he obtained his PhD in Medical Biology with a focus on human papillomavirus-driven cancers at the University of Southern California Keck School of Medicine in the laboratory of Dr. Martin Kast. He also holds a MS in Molecular Microbiology and Immunology from USC and a BSc in Biochemistry from the University of Minnesota. Outside of the laboratory he’s an outdoor guy that enjoys cycling (even in the winter) and remotely teaches 6-12th grade science classes with the USC McMorrow Neighborhood Academic Initiative Saturday academy in an effort to foster the next generation of young scientists.

Jae-Woong Chang, jwchang@umn.edu: Jae-Woong is a research associate in the Moriartiy lab. Her primary focus is generating and optimizing CAR-NK cells for treatment of AML as well as generating artificial systems for effective expansion and activation of NK cells. Prior to joining the lab Jae-Woong researched pre-mRNA processing under growth factor signaling pathway and calcium-mediated cell death and autophagy in neuron.

Kelsie Becklin, kbecklin@umn.edu: Kelsie is a second-year graduate student in the Comparative Molecular Biosciences (CMB) program. Her research focuses primarily on generating new cancer models using induced pluripotent stem cells and genetic engineering techniques such as CRISPR/Cas9. Kelsie hopes these models will provide an improved platform to screen cancer therapies prior to clinical testing and aid in the investigation of the genes and pathways that lead to cancer initiation, progression, and various drug responses.

Patricia Claudio Vázquez, claud034@umn.edu: Pat is a third-year graduate student in the Molecular, Cellular, Developmental Biology and Genetics (MCDB&G) PhD Program. She has a BS in Biology from the University of Puerto Rico at Cayey. Her research is focused on the genetic correction of SCID-A, a form severe combined immunodeficiency, using Cas9 base editors. When not in the lab, Pat loves cooking, baking, practicing aerial and petting any and all dogs, including her very own pup named Oliver.

Emily Pomeroy, epomeroy@umn.edu: Emily is a third-year graduate student in the Microbiology, Immunology, and Cancer Biology (MICaB) Program. She has a BS in Physiology and an MS in Neuroscience from Northern Michigan University. Her research involves engineering primary human NK cells with the goal of creating clinical products for treating cancer. Emily's long-term goal is to become an independent investigator in the fields of immunology and genome engineering, with a focus on clinical translation. Emily loves her dog and cat, camping, cooking, and music.

Gabrielle Robbins, robbi264@umn.edu: Gabrielle is a third-year DVM PhD student in the Comparative Molecular Biosciences (CMB) program. Her research aims to modify primary human NK cells by knocking-out inhibitory genes and integrating novel NK cell chimeric antigen receptors in order to improve their potential as an effective treatment against osteosarcoma. Gabbie’s long term goal is to become a physician scientist focused on harnessing the power of the immune system in order to develop more effective and safe treatments against cancer. Outside of the lab, Gabbie enjoys hiking with her dogs, cooking, gardening, and scuba diving.

Chris Sipe, sipex027@umn.edu: Chris is a second-year graduate student in the Molecular, Cellular, Developmental Biology, and Genetics (MCDB&G) PhD Program. He has a BS in Cellular and Molecular Biology from the University of Minnesota-Duluth and a MS in Stem Cell Biology from the University of Minnesota. His research is focused on the genetic correction of Fanconi anemia, a rare bone marrow failure disorder, using Cas9 base editors. Outside of lab, Chris likes to travel, attend music festivals, watch horror movies, get tattoos, and eat Taco Bell.

Sanjana Arji, arji0001@umn.edu: Sanjana joined the lab as an undergraduate in the fall of 2020 as a second year Genetics, Cell Biology, and Development major at the College of Biological Sciences. Her work involves finding efficient ways to genetically edit natural killer (NK) cells to fight prostate cancer cells. Sanjana’s hopes to practice medicine and/or pursue medical research in the future.

Joseph Peterson, pet01059@umn.edu: Joe joined the lab in January of 2019 while pursuing degrees in Microbiology and Russian. He helps graduate student Kanut Laoharawee in his experiments for monocyte and B-cell genome engineering. Joe's plans for the future optimistically include a graduate degree of his own.

Bryce Wick, wickx181@umn.edu: Bryce joined the lab as an undergraduate in the fall of 2019 as a third year Genetics, Cell Biology, and Development major at the College of Biological Sciences. His work involves exploring safer and more efficient ways to genetically edit T cells to fight cancer. Bryce's future plans involve pursuing a PhD to further his experience in cancer immunotherapy. 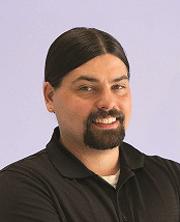