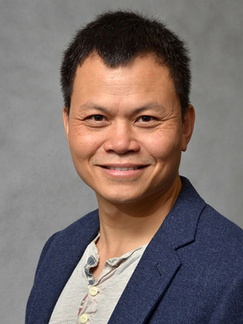 Phu Tran is an Associate Professor in the Department of Pediatrics. His research focuses on the role of epigenetics in long-term effects of early-life adversity on neural development. His lab has been investigating whether opioids exposure during pregnancy alters the epigenetic signatures of the infant’s cord blood stem cells and whether such change can be a determining factor for addictive behaviors in adolescence and adulthood.

Our research activities focus on two major goals. First, we investigate the long-term effects of early-life iron deficiency on the function of the limbic-hypothalamic pituitary adrenal (LHPA) axis. Iron deficiency is a major global health concern that affects conservatively 2 billion individuals worldwide, including about 30% of pregnant women and pre-school age children.It is well established that early-life iron deficiency has long lasting negative effects on cognition and socio-emotional behaviors in humans despite prompt iron treatment following diagnosis.These long-term effects constitute a significant cost to society in terms of educational attainment, job potential, and mental health.Thus, understanding at the cellular and molecular level how early iron deficiency affects the function of LHPA axis in animal models may lead to important insights into alternative therapeutic development to prevent and treat at risk pregnancies and children with iron deficiency. Second, we investigate the biological role of a novel peptide (TMEM35/NACHO) in the LHPA axis. Recently, TMEM35 has been shown to function as a chaperone for nicotinic acetylcholine receptors, which have been implicated in neuropathologies and psychopathologies (e.g., addiction, pain, Autism, Alzheimer, and schizophrenia). Consistent with this finding, our investigation has shown that loss of TMEM35 function results in learning impairment, pain hypersensitivity, and increased risk for additive behaviors.These findings also suggest a dysfunction in the LHPA axis.Thus, defining the precise molecular function of this novel peptide is promising in defining new mechanisms and pathways that regulate cognition, pain and addictive behavior.These discoveries may lead to strategy to improving quality of life and productivity.