Judith Eckerle, MD remembers the 3rd day of her adoption medicine rotation while still a medical student. She walked into her mentors office, and said ‘adoption medicine is what I want to do for the rest of my life- whatever it takes, tell me and I’ll do it.” That mentor was Dana Johnson, M.D., Ph.D., founder of the University’s International Adoption Clinic that would later be renamed as the Adoption Medicine Clinic (AMC).

After an adoption medicine research fellowship in 2007 at the University of Minnesota’s Center for Neurobehavioral Development (CNBD), Eckerle joined the AMC in 2008.

“When I first started at the AMC, I formed a special interest in nutrition, growth and prenatal exposures. My goal was to figure out how we could get kids who had risk factors, on the right path as early as possible. ” said Eckerle.

“When I see adopted or fostered children, I know they all have the chance to do well with the right tools. I want to make sure we maximize their potential,” said Eckerle.

On any given day, more than 437,000 children are living in the U.S. foster care system. The AMC opened 33 years ago to help fill that need, and be a resource and advocate for children who are adopted, in foster-care and those remaining in institutional care around the world. While based in Minnesota, the clinic has worked with families from all over the world providing pre-adoption consultations, medical reviews, travel counseling, and comprehensive post-adoption care. Since its inception, providers have completed over 30,000 pre-adoption reviews for children in over 40 countries.

Besides her passion for family and professional education here in Minnesota and the USA, Dr. Eckerle has been invited to multiple countries to help places like Korea and Honduras to reform current child welfare policy and to educate policy makers on why family care is important.

Eckerle’s passion and dedication has not gone unnoticed.

With the help and passion of a dedicated AMC advisory board, Dr Eckerle and her team has been able to create new strategic and marketing plans and is working to build a philanthropic base to sustain the clinic in years to come. The clinic also has a new $500,000 endowment, thanks to catalytic gifts from the Jane N. Mooty Foundation and the Amy R. and Philip S. Goldman Foundation which are helping to build momentum towards their long-term goals.

Using that achievement as inspiration to do more, Dr. Eckerle’s work for the children of Minnesota continues.

With the slowing of international adoptions and the recognized needs of children in Minnesota who have experienced out of home placements, the clinic began a partnership in 2018 with the Minnesota Department of Human Services to provide a gold standard of care to internationally adopted, domestically adopted and foster care children, all thanks in part to Dr. Eckerle’s efforts.

Just this fall, the clinic got a $1.7 million grant from the DHS to double the clinic’s capacity. For the next four years, the clinic can expand their services with mental health and rehabilitation services. The current goal is to care for 1,000 fostered and adopted children per year—which is twice as many as it had been able to previously.

“Understanding their needs is the key to create loving and healthy families,” said Eckerle. “We want to heal children. Repair their bodies, repair their minds and remind them that whatever their early circumstances, that they are loved and they are wanted.” 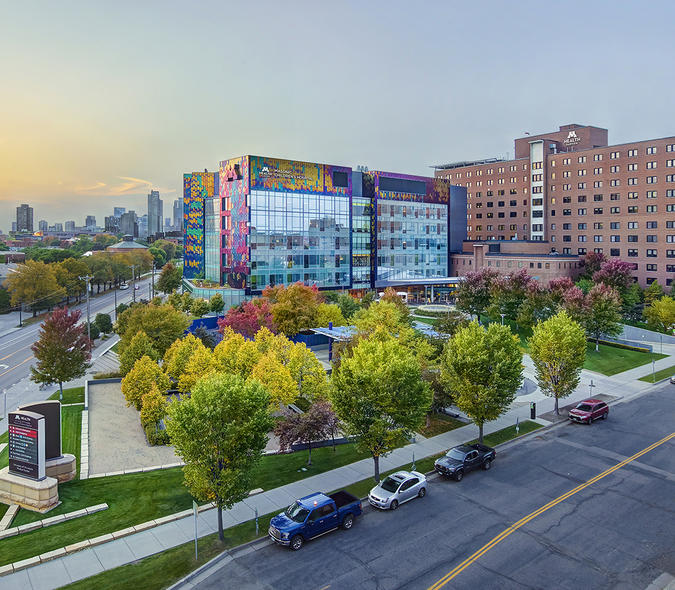