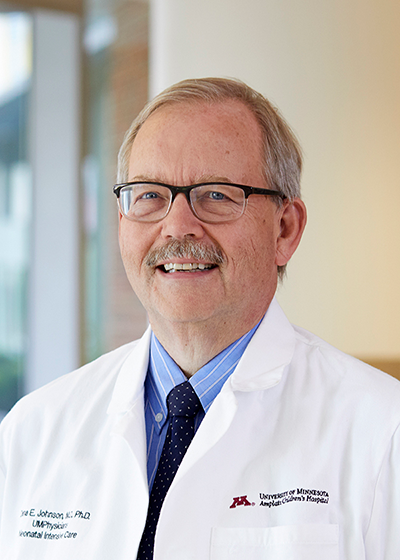 Dana E. Johnson, MD, PhD, is Professor of Pediatrics in the Division of Neonatology. He earned his MD, and a PhD in Anatomy, served his internship and residency, and completed his neonatology fellowship at the University of Minnesota. In addition to attending on the Neonatal Intensive Care Unit, Dr. Johnson founded the International Adoption Clinic at the University of Minnesota. His research interests include the effects of early institutionalization on growth and development and the outcomes of internationally adopted children. Dr. Johnson has published extensively, most recently in Early Human Development, Infants and Young Children and Journal of the American Medical Association, in addition to over one hundred abstracts. He is an invited speaker worldwide. Dr. Johnson founded the International Adoption Clinic, the first of its kind, in 1986. He and his staff received the “Friend of Children Award” from the North American Council on Adoptable Children in 2002.