When a Lawyer is the Best Medicine

Paul* had been a patient at Bethesda Family Medicine Clinic for a few years when he met attorney Rebecca Dodson. Homeless and struggling, Paul had mentioned during a medical appointment that he didn’t have a safe place to store his much-needed insulin to treat his diabetes. His doctor walked him down the clinic hall to Dodson’s office, where she listened to him and gave him resources on applying for public housing. 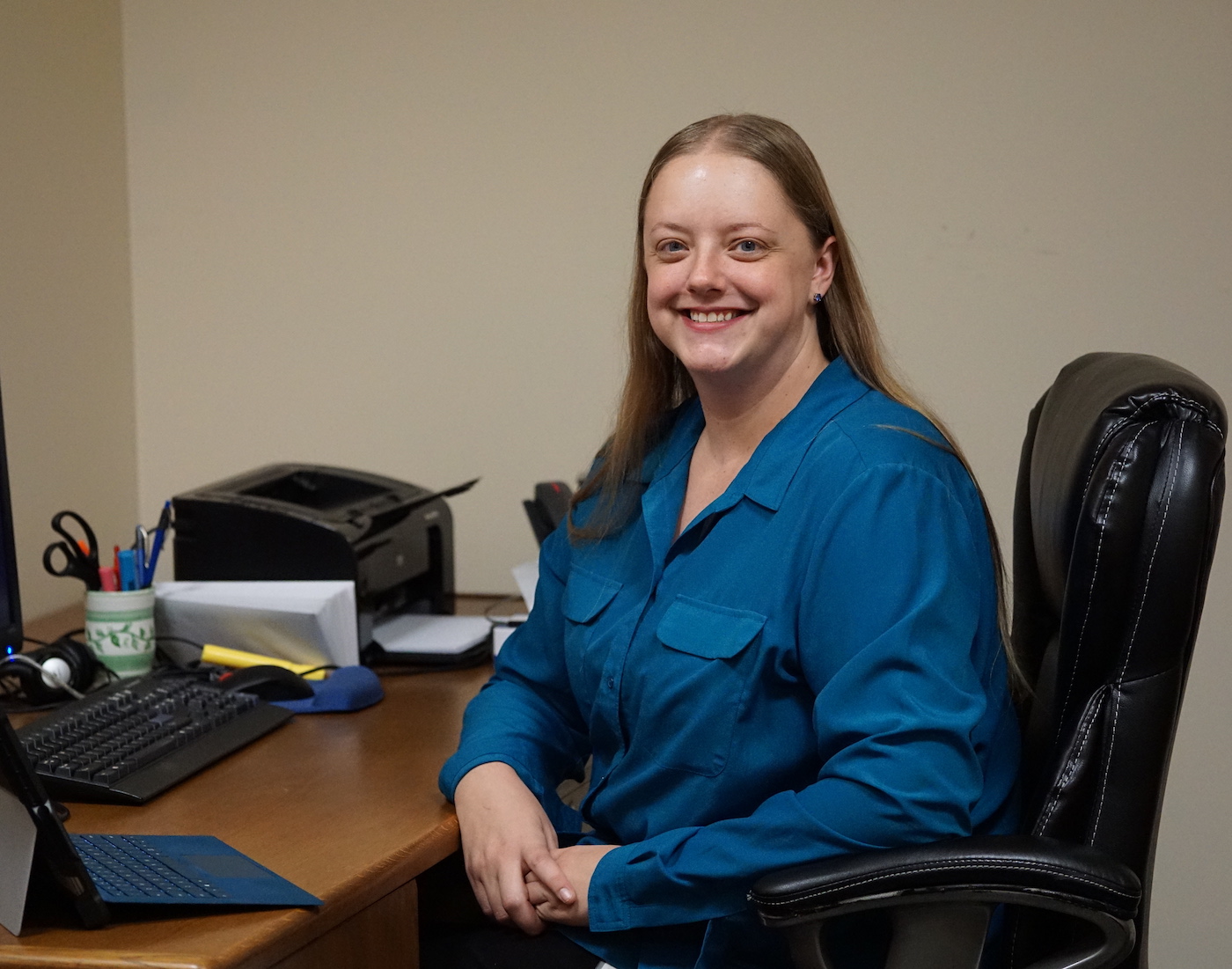 Attorney Rebecca Dodson in her office.

When Paul returned to Rebecca’s office a few months later and reported that he had been denied public housing because of his lack of rental history, she filed an appeal on his behalf and won. Soon after, Paul had keys to his own home. He began taking his insulin regularly and using his apartment’s exercise room and on-site healthy food options - all of which helped him successfully manage his diabetes.

Dodson has a collection of stories like these - patients whose health was threatened by legal issues, both large and small. As an attorney at Southern Minnesota Regional Legal Services (SMRLS), she saw plenty of cases referred from Bethesda - patients dealing with housing issues, problems getting access to public benefits, and even orders for protection or child support. There were so many referrals from the clinic, in fact, that in 2017 Bethesda and SMRLS teamed up, supported by funding from the Otto Bremer Trust and the St. Paul Foundation, to install Dodson as a full-time legal aid representative in the clinic. Now patients like Paul only need to walk down the hallway for help with legal issues that impact their health.

“A phone number for a lawyer will only do so much,” says Dodson. “People often don’t realize they have a right to an attorney, and they won’t call. But if I’m right here at the clinic, that can break down a lot of barriers.”

A majority of the referrals are connected to tenants’ rights issues - evictions, mold or lead exposure, or needed repairs - and Dodson works closely with Bethesda’s social worker, Cynthia Trevino, LSW, to ensure that the patient’s home environment is conducive to good health. One of her clients had such severe bedbugs that her home health nurse refused to enter the apartment, which left the client with no one to help her access or sort her necessary medications. She was in excruciating pain when her physician brought her to Dodson, who immediately called the landlord. Though the client had herself reported the bedbugs, it wasn’t until she had the support of an attorney that her apartment was exterminated.

“People often don’t realize they have a right to an attorney...but if I’m right here at the clinic, that can break down a lot of barriers.”

Another patient, suffering from unstable mental health during her pregnancy, needed Dodson to file a reasonable accommodations request on her behalf when her landlord threatened to evict her for not keeping her apartment clean. The request was granted, she was given a referral for a mental health provider, and now she is now doing well. If it wasn’t for Dodson’s representation during this brief period of instability, the pregnant woman - and her three children - would have lost their home.

Dodson is also responsible for educating physicians, residents, and staff at Bethesda about the law, including what kinds of questions can help identify health-harming legal needs. “Many times, doctors are hesitant to ask these questions, because they don’t have the answers,” she says. “And their face time with patients is often limited. So I try to empower them with knowledge that can either lead to a referral to me, or in some cases, the doctor can share information directly with patients.”

Beyond educating clinicians, the work of joining legal firms and medical clinics is a hugely collaborative effort. Dodson and Trevino work with a team that includes supervising attorney Meghan Scully, faculty Katie Freeman, MD, research facilitator Sherri Fong, clinic supervisor Taylor Wille, and clinic manager Jenny Ellison. They meet monthly to maintain the logistics of the partnership between Bethesda and SMRLS, including funding and data collection. One of their recent initiatives was embedding three legal questions (on housing, benefits, and immigration) into OB screenings done on all pregnant patients, which more efficiently identifies patients in need of referrals to either legal aid or a social worker.

Dodson, who volunteered at SMRLS during law school and worked there for a year before taking on cases at Bethesda, finds her work in the clinic to be particularly meaningful. “I love helping my clients, and I also love the opportunity to help educate residents,” she says. “I always knew I wanted to work with underserved populations. I just didn’t know what that was going to look like.”

*Patient name has been changed.