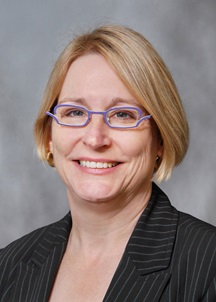 Dr. Elizabeth Seaquist is the Director of the Division of Diabetes, Endocrinology and Metabolism and holds the Pennock Family Chair in Diabetes Research. Awards recognizing her research and mentoring include the American Diabetes Association’s Transformative Woman in Diabetes Award in 2019 and the Albert Renold Award for Mentoring in 2020 as well as, the Mary Jane Kugel Award from the Juvenile Diabetes Research Foundation (JDRF). She served as the President for Medicine and Science of the American Diabetes Association in 2014. As a clinical investigator, Dr. Seaquist is interested in hypoglycemia and the complications of diabetes. Her research focuses on the effect of diabetes on brain metabolism, structure, and function. She directs the University of Minnesota sites for the Glycemia Reduction Approaches in Diabetes: A Comparative Effectiveness Study (GRADE) study. She was the site investigator for the Action to Control Cardiovascular Risk in Diabetes (ACCORD) trial and the Researching Cardiovascular Events with a Weekly Incretin in Diabetes (REWIND) study. She has an active clinical practice and is board certified in Internal Medicine and Endocrinology, Diabetes, and Metabolism.

Management of type 1 and type 2 diabetes; Complications of diabetes; Hypoglycemia in diabetes