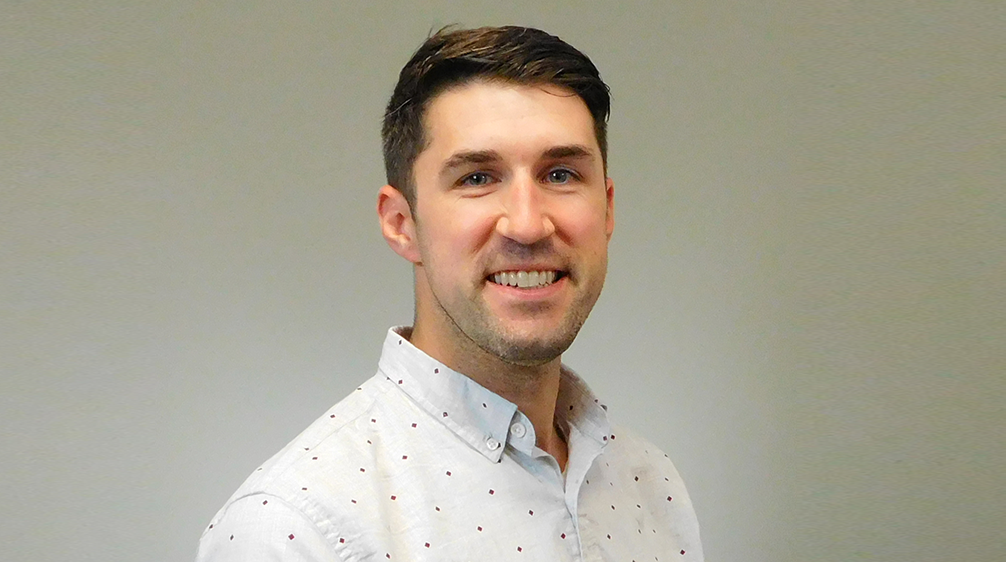 As a Hospitalist and Assistant Professor of Medicine in the Department of General Internal Medicine, Ben Webber, MD, seeks ways in which he can connect with his patients on a level deeper than medicine. That level, he has discovered, can be brought to light through the topic of bow ties.

“Bow ties are really expensive, and so I said to myself, ‘You know what? I think I could make these.’ When Christmas came around, I asked my wife for a sewing machine, and since then, I started making my own bow ties,” he says. “Now, I wear the bow ties I’ve made when I’m on service.”

Dr. Webber found that these bow ties serve as both a conversation starter with his patients, and something that they can remember him by. “It’s another way to sort of meet the patients on a level that isn’t medicine and isn’t something that’s at the forefront of their mind,” he explains.

Rather than focusing on the apparent issue at hand, these patients can instead enjoy a change of pace with a light-hearted conversation about a New England Patriots bow tie.

“We came to Minnesota for a variety of reasons, but the culture of education and service, the great diversity the University has, as well as the patient population which is second to none is really what brought us here. We both knew that the training here would be the best that we could possibly ask for,” says Dr. Webber.

As for the future of general internal medicine, Dr. Webber hopes only for the recognition they deserve. “Aside from the transplant surgeons and interventional cardiologists that are saving lives, it’s the general internal medicine doctors that are the ones keeping people happy, healthy and at home with their families. I think that fact can be lost sometimes,” he explains.

Ending up in general internal medicine was never a clear path for Dr. Webber. After exploring
surgery and emergency medicine, he found himself curious about the patients’ days after he saw them. “I think at that point I knew that I needed to do Internal Medicine to be able to foster a relationship with my patients to be able to see through the disease process and ensure that we were doing absolutely everything we can in order for them to get better.”

In the end, it all clicked, and Dr. Webber would give the advice to current medical students to have the same patience. “Be open, don’t prematurely close any doors. Go into your rotations with an open mind and let the patient population speak to them. And listen to your gut at the same time because at some point it just all clicks like it did for me,” he says.