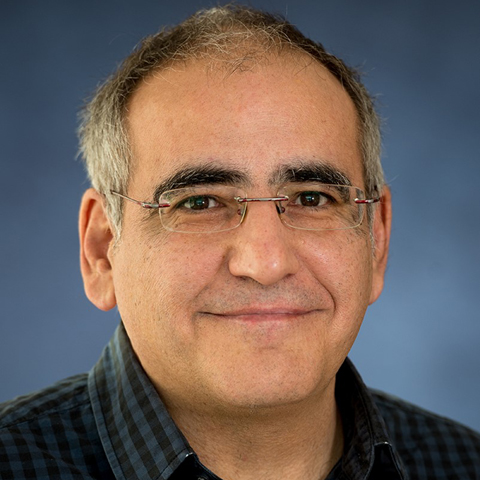 Alfonso Araque is a professor in the Department of Neuroscience. His research interests focus on the mechanisms, properties and physiological consequences of the communication between neurons and astrocytes. His research seeks to understand how the communication between neurons and astrocytes affects physiological and pathological aspects of brain function. While most studies on drug addiction are focused on neuronal mechanisms, his team aims to elucidate the involvement of astrocytes in behaviors associated with reward signaling and psychostimulant drugs, which may reveal astrocytes as potential targets for treatment of motivation disorders such as drug addiction.

Astrocyte-neuron signaling Research of my group focuses on the mechanisms and physiological consequences of the astrocyte-neuron signaling, aiming to understand its role in physiological and pathological aspects of synaptic physiology and brain function. Astrocytes, classically considered as supportive cells for neurons without a direct role in brain information processing, are emerging as relevant elements in brain physiology through their ability to regulate neuronal and synaptic activity. We are studying how astrocytes respond to neuronal activity, how they control neuronal activity and synaptic transmission and plasticity, and how they are involved in neural network function.My previous work provided the first demonstration of regulation of synaptic transmission by astrocytes and the definition of the Tripartite Synapse concept, which represents a novel view of synaptic physiology. According to this concept, astrocytes are integral functional elements of synapses by exchanging information signals with neurons. My recent contributions include: the demonstration that astrocytes display integrative properties for synaptic information processing, the demonstration of astrocyte regulation of synaptic transmission at single synapses, the first description of astrocyte involvement in endocannabinoid signaling and its consequences on synaptic transmission; the first design of artificial AstroNeuronal networks -a novel concept in artificial intelligence-, and the demonstration that artificial astrocytes improve network performance; the demonstration of astrocyte-mediated synaptic plasticity in vivo; and the demonstration of astrocyte-neuron signaling in human brain tissue.We are currently investigating the cellular mechanisms and physio-pathological consequences of astrocyte-neuron interactions in different brain areas to test the working hypothesis that brain function results from the operation of AstroNeuronal networks established by the coordinated activity of astrocytes and neurons. We are also interested in deciphering the contribution of the altered function of Tripartite Synapses and AstroNeuronal networks to brain diseases.