Associate Professor of Medicine, Division of Hematology, Oncology and Transplantation 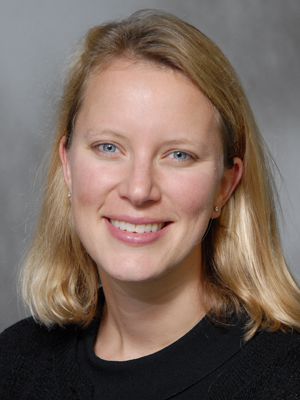 Associate Professor of Medicine, Division of Hematology, Oncology and Transplantation

Dr. Blaes graduated from the University of Notre Dame and then received her M.D. degree from Loyola University Chicago, Stritch School of Medicine. She performed her residency at the University of Minnesota, where she was named the Resident Teacher of the Year and received the Gold Foundation Humanism and Excellence in Teaching Award for her outstanding contributions as a resident role model. She served as Chief Resident in Internal Medicine and then subsequently completed a Hematology and Oncology fellowship and a Master of Science in Clinical Research degree at the University of Minnesota, prior to joining the faculty.

Dr. Blaes has a special interest in cancer survivorship, the late effects of cancer therapy, and medical education. Her research interests, funded by a BIRCWH award, include quality of life, cardiac complications of chemotherapy, and the late effects of cancer therapy in cancer survivors, particularly breast and colorectal cancer survivors. In addition to mentoring medical students and residents on research projects, she teaches the Blood pathophysiology course and the Human Diseases IV course within the medical school. She received an Educational Excellence Award from the Department of Medicine in 2010, and has been named to Minnesota Monthly’s Best Doctors for Women in 2011 and 2012.