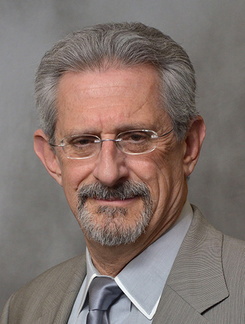 Dr. Steer accepted a Hepatology Fellowship at the NIH in the Section on Diseases of the Liver in 1976 and remained on staff at the NIH as an Expert in his field for an additional 10 years. In 1989, Dr. Steer returned to the University of Minnesota as a Professor in the Departments of Medicine, and Genetics, Cell Biology and Development. During his time at the University, Dr. Steer has been active in mentorship of PhD students and post-doctoral fellows in his lab, is a member of multiple committees and has continued to be academically productive in his current area of research, which is regenerative medicine.

Steer’s laboratory has been involved in three major areas of research during the last five years. The Sleeping Beauty (SB) transposon system functions via a cut-and-paste mechanism catalyzed by the binding of SB transposase to inverted repeats/direct repeats (IR/DRs) of the mariner transposon. It excises the relevant transgene from the transposon at the IR/DRs and inserts the element into random TA dinucleotide sites within the genome. They are applying SB as a gene therapy vector to a variety of different animal disease models, including liver, bone marrow and brain disorders. Steer's laboratory is also interested in characterizing the effects of SB transposition on genomic methylation and histone acetylation.

The second major area of research involves the use of ursodeoxycholic acid (UDCA), a hydrophilic bile acid, as a potent antiapoptotic agent. They have used UDCA as a therapeutic agent to treat transgenic models of Huntington’s disease and retinitis pigmentosa as well as acute stroke, spinal cord injury, myocardial infarction, and acute renal failure. Steer's laboratory continues to study basic mechanisms and translational applications of UDCA. Of note, the South Korean FDA has recently approved its use for the treatment of ALS.

Steer's lab is actively characterizing the role of microRNAs in gene regulation for a number of different target organs and stem cell populations. In particular, they have identified specific microRNAs that may be involved in the progression of colon from polyp to cancer; as well as their role in the regenerating liver. The studies are both basic and translational in nature. They are also identifying specific microRNAs as biomarkers of disease that can be assayed in blood. Most notably, they have recently discovered a unique nuclear profile of mature microRNAs; and a subset of microRNAs in mitochondria that may act as a rheostat for the control of apoptosis.

Over the past seven years, Steer’s lab has also focused on regenerative medicine, and research to create human livers in pigs for transplantation. The approach utilizes a combination of gene editing and a technology referred to as blastocyst complementation. This involves the knockout (KO) of specific developmental genes in the blastocyst of the pig; and the intra-blastocyst injection of pluripotent stem cells from the human donor to generate offspring that carry organs/cell types derived from that donor. The ultimate goal is to create human livers in pigs that are immunology identical to the recipient, thereby not requiring the use of immunosuppression…a paradigm shift in organ transplantation.