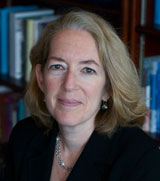 Chair, Consortium on Law and Values in Health, Environment & the Life Sciences, UMN

Professor Wolf is an elected member of the National Academy of Medicine, an elected fellow of the American Association for the Advancement of Science (AAAS), and an elected fellow of The Hastings Center as well as a past-member of the Fellows’ Council. She is a past member of the American Society for Bioethics and Humanities (ASBH) Board of Directors (elected) and former Chair of the Association of American Law Schools (AALS) Section on Law, Medicine and Health Care. She has received numerous grants to support her research, including from the National Institutes of Health (NIH), National Science Foundation (NSF), and The Greenwall Foundation. In 2007-10 she served as a member of the Law & Neuroscience Project funded by the MacArthur Foundation. She has served as a senior consultant to The Hastings Center to produce revised guidelines for end-of-life care, funded by the Donaghue Foundation and Sussman Trust and published in 2013. In 2012, she received a Robert Wood Johnson (RWJF) Investigator Award in Health Policy Research to fund research in 2012-14.

After graduating from Yale Law School, she clerked for a federal judge and practiced law for several years at Paul, Weiss, Rifkind, Wharton & Garrison in New York. In 1984 she became a National Endowment for the Humanities (NEH) Fellow and then Associate for Law at The Hastings Center, a not-for-profit research institute now in Garrison, NY, specializing in biomedical ethics. She also taught law and medicine at New York University Law School for six years as an Adjunct Associate Professor. She was a Fellow in the Program in Ethics and the Professions at Harvard University in 1992-93, before joining the Minnesota faculty in the Fall of 1993.

Professor Wolf has served on a variety of governmental and institutional panels, including for the National Institutes of Health (NIH) and National Academies of Sciences, Engineering, and Medicine (NASEM), as well as the American Bar Association (ABA) Coordinating Group on Bioethics and the Law, American Society for Reproductive Medicine (ASRM) Ethics Committee, New York City AIDS Review Panel, and Memorial Sloan-Kettering Cancer Center Ethics Committee. In 2011, she was appointed by the Secretary of Health & Human Services to the National Science Advisory Board for Biosecurity (NSABB). She has served on the Editorial Board for the Journal of Law, Medicine & Ethics; American Journal of Bioethics (AJOB); Journal of Urban Health; and Journal of Women's Health and Law; and as Faculty Advisor to the Minnesota Journal of Law, Science & Technology. She has lectured widely, in the United States and abroad.

Professor Wolf is the author or coauthor of numerous articles and book chapters that have appeared in the New England Journal of Medicine, JAMA, Science, American Journal of Public Health, Hastings Center Report, Kennedy Institute of Ethics Journal, American Journal of Law & Medicine, Journal of Law, Medicine & Ethics, various law reviews, and other publications. She directed the Hastings Center project that produced the influential book, Guidelines on the Termination of Life-Sustaining Treatment and the Care of the Dying (Indiana University Press, 1987), is coauthor of the revised Guidelines published by Oxford University Press in 2013, as well as editor of Feminism & Bioethics: Beyond Reproduction (Oxford University Press, 1996). She writes frequently on death and dying, assisted suicide and euthanasia, genetics and genomics, assisted reproduction, women's health care, managed care, and other topics in health law, law and science, and bioethics.