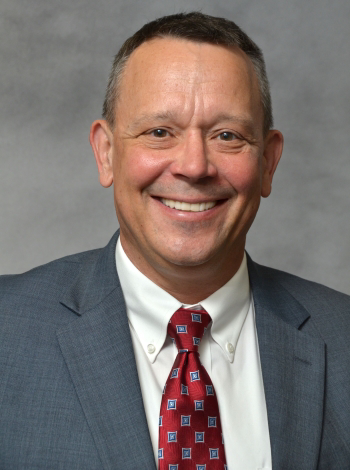 Dr. Fischer earned his medical degree at Uniformed Services University of the Health Sciences and completed Residency training at Wright State and Urogynecology Fellowship training at Indiana University. He has served in numerous leadership roles including Urogynecology Fellowship Director, Ob/Gyn Residency Director and served as the Department Chief of one of the largest Ob/Gyn departments in the Department of Defense. He is currently serving as Faculty for APGO's Surgical Scholars Course and as an Oral Board Examiner, ABOG. He was honored to be named the Professor of the Year by the Junior Fellows of Armed Forces District of American College of Obstetricians and Gynecologists. His research interests include the effects of pregnancy, labor, and delivery on the pelvic floor and surgical education.

Dr. Fischer transitioned from a 29-year career as an Air Force physician to start a new Division of Female Pelvic Medicine and Reconstructive Surgery in the Department of Obstetrics, Gynecology and Women's Health. He began his new role in October 2017 and his clinical practice sites will include Women's Health Specialists Clinic and M Health Clinics & Surgery Center.