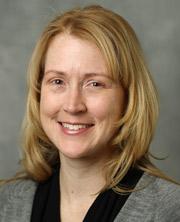 Residency in Obstetrics and Gynecology, University of Minnesota Medical School, 2003

Dr. French received her medical degree in 1999 from the Medical College of Wisconsin in Milwaukee. She completed her residency in Obstetrics, Gynecology and Women’s Health from the University of Minnesota where she was elected Chief Resident.