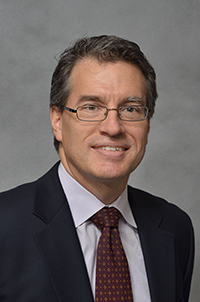 OBGYN Residency - Hospital of the University of Pennsylvania, 1999

Dr. Argenta is an Associate Professor in the Department of Obstetrics, Gynecology and Women’s Health, Division of Gynecologic Oncology. In addition, Dr. Argenta is the Medical Director of the Park Nicollet Oncology Clinic.

Dr. Argenta received his medical degree in 1995 from Duke University and completed an internship and residency in obstetrics and gynecology at the University of Pennsylvania. He completed a fellowship in gynecologic oncology at Mount Sinai School of Medicine. Dr. Argenta is board certified in obstetrics and gynecology as well as the subspecialty of gynecologic oncology.

Dr. Argenta’s research interests lie in the areas of early events in carcinogenesis and the molecular mechanisms of wound healing, the treatment and prevention of ovarian cancer, with specific interest in using antiangiogenic agents in the management of metastatic tumors. In addition, Dr. Argenta has acquired specialty training in the Intuitive Surgical® daVinci® Surgical System.

I believe in the use of minimally invasive surgery when possible. I make a point of making clinical trials available to all patients with cancer.