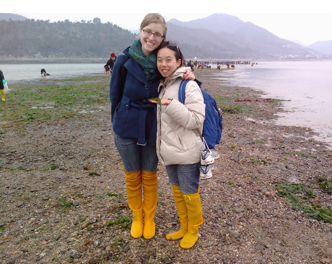 I applied for the SNUA because I have an interest in studying how traditional medical practices and Western medical practices are integrated and administered in modern healthcare systems. South Korea's nationalized healthcare system allows for equal patient access to both types of medical services and equal compensation for both type of clinicians and, hence, represents an excellent research environment for pursuing information about healthcare system integration. Prior to traveling to Korea, I spoke with my colleague Chungmi Kim (Kyung Hee University, Department of Sasang Constitutional Medicine) about research opportunities. She reported that faculty members trained in Korean and Western medicine collaborate in patient care decisions at select integrated medical centers in Korea and that, to her knowledge, the methods by which these clinicians determine treatment plans have never been formally studied.

After performing a literature review and consulting several experts in decision making analysis at the University of Minnesota, I determined that Ms. Kim's assertions were true and that, while decision making had been studied among practitioners of other types of traditional medicine, this type of analysis had never been conducted with Korean clinicians. Ms. Kim and I worked with various experts at the University of Minnesota School of Public Health to draft questionnaires that were designed to assess physician and patient factors that are believed to be important in contributing to decision making. Our surveys were designed to collect information from traditional Korean practitioners, Western practitioners, current patients at integrated medical centers, and new patients at integrated medical centers. Given our interest in dissecting the intersection between both traditional and Western medical traditions, we planned to work at both Seoul National University Hospital (SNUH) and Kyung Hee University Hospital (KHUH), one of Korea's most renowned traditional medical schools. Prior to my departure for Korea, we obtained approval from the University of Minnesota IRB to proceed with our study. 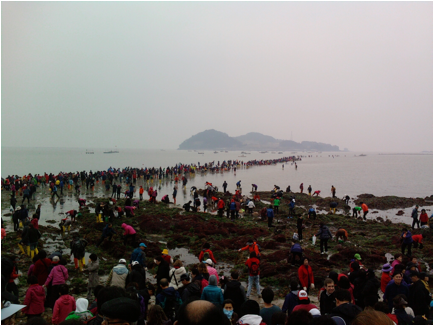 I arrived in Korea on February 28, 2011 and was housed in the student dormitory near the SNUH. During my first few days in Korea, I worked with Dr. Belong Cho and other members of the Department of Family Medicine at SNUH. I was permitted to observe patient encounters in the outpatient family medicine clinics and in the international patient clinics. In addition to illustrating vast differences between standard American clinical practices [In Korean clinics, patient clinical encounters typically last between 2-4 minutes. Physical examinations are rarely performed.], these opportunities for observation also allowed Ms. Kim and I to better understand common elements of the patient encounter and to refine the methodology that we would use for survey distribution and data collection. I also had the opportunity to attend educational lectures given by the Department of Family Medicine. Prior to my departure from Korea, I will also have the opportunity to observe traditional Korean procedures and patient encounters at the KHUH.

While engaged in clinical observation, I also worked to obtain approval from the respective IRBs at SNUH and KHUH to begin the survey distribution and chart review that form the core of our study. Ms. Kim and I learned that no one had ever before requested to start a survey and chart review-based study at KHUH; all previous studies had been randomized controlled trials or studies of specific clinical interventions. The process of explaining the structure of a our pilot study, as well as the importance of survey research and chart review, provided me with an invaluable education about the various cultural perspectives that attend various types of research, as well as the importance of cultural knowledge when attempting to collaborate on research projects. For example, Ms. Kim and I soon learned that it was necessary to have dinner with every single member of the KHUH leadership before it would be appropriate for them to consider our IRB proposal.

One we obtained IRB approval, we started the process of translating our surveys and the novel concepts that they contained into Korean. Again, I obtained an immense amount of knowledge about Korean culture as I worked with Korean residents to complete the translation work; and I discovered that many concepts that are prevalent in the English-language shared decision making (SDM) literature simply cannot be directly translated into the Korean language or ideological lexicon. We conducted informal focus groups with physicians at multiple hospitals to be certain that our questions were appropriately designed to obtain the information that we were trying to ask. We were also able to recruit senior undergraduate students and medical students to participate in our study as research assistants, providing me with the outstanding opportunity to train and manage research assistants within the context of a study that encompassed multiple research institutions in different countries.

Eventually, we began our distribution of surveys to Western physicians at SNUH, traditional Korean physicians at KHUH (Hoegi location), and to patients at KHUH (Gangdong location). Multiple methodologies were used for physician survey distribution and collection, including e-mail distribution and in-person solicitation. We also began the process of performing chart review for the patients at Gangdong in order to determine if we were obtaining a representative sample of patients and to discern if a significant difference in clinical status existed between the established and new patient cohorts. We have consulted with various members of the Department of Epidemiology at the University of Minnesota School of Public Health and are currently in the process of finalizing the code book that we will use to document the results of our chart review.

At the end of April, I will be giving a grand rounds lecture for the Department of Family Medicine during which I will describe some of the preliminary outcomes from our research project. I also hope to arrange a final focus group before leaving Korea in order to test various hypotheses that have arisen after a preliminary review of the data that we have collected. Ms. Kim and I may also present at an international research symposium that will be held in Seoul at the end of April 2011. When I return to the United States, I plan to continue with data analysis and, hopefully, with publication of our findings in collaboration with several professors from the University of Minnesota School of Public Health.

I have used my time outside of the clinic to experience traditional medical treatments (e.g., acupuncture, cupping, etc.) and to travel around Korea. One of my favorite experiences was going to the Jindo Sea Parting Festival in the south of Korea (see attached picture). Once a year, the tides cause a land bridge to form between two large islands; and people from all across the country gather to celebrate the parting of the seas by walking between the two islands. The recent tragic circumstances in Japan that have occurred as a result of the tsunami have allowed me gain insight into Korea's relationships with it neighboring countries. I have also had the opportunity to work as an English tutor for several of my colleagues and have experienced extraordinary hospitality from almost everyone with whom I have worked (e.g., I am invited to birthday parties, weddings, and family dinners on a regular basis.).