The 2019 White Coat Ceremony took place on Friday, August 23, officially welcoming 165 incoming students to the University of Minnesota Medical School’s class of 2023. For many, wearing the white coat for the first time is a rite of passage and signifies years of hard work and the beginning of their journey into medicine.

“Becoming a doctor is not easy, but I’m sure you didn’t chose this profession because you thought it was. You will be defined not by how effortless your progress is, but by how you work through the difficulties. Be kind to yourself and extend that kindness to others. I want you to always remember that you are not doing this alone. Beyond whatever support you will receive outside the University, the faculty of the Medical School are charged with your education and with your wellbeing. We are here to support you.” says Dean Jakub Tolar in a memo to incoming students.

We spoke to three incoming students about their journey to medical school and how they felt as they prepared to accept their first white coat. 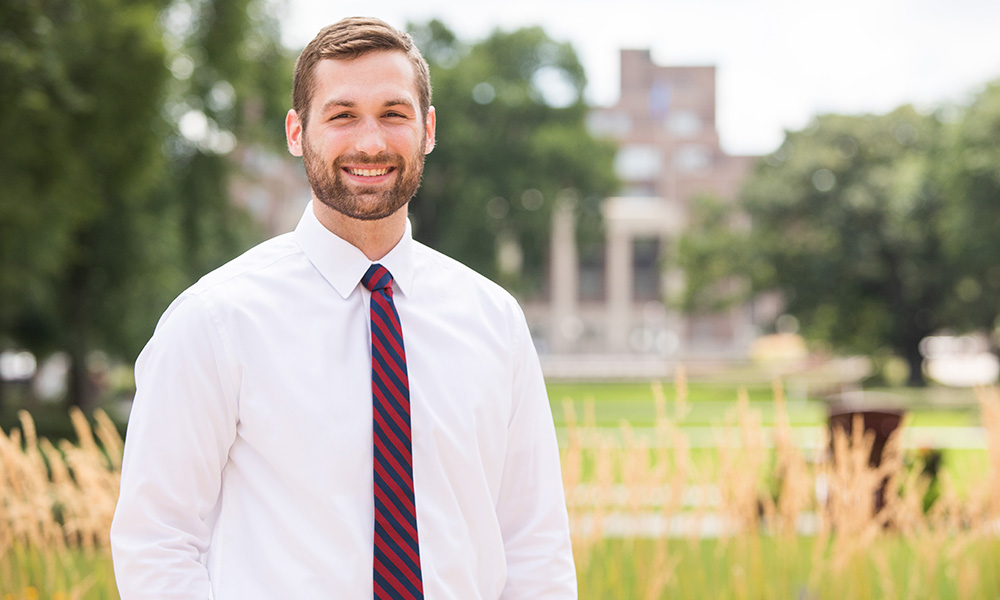 Christian Hannah graduated from Creighton University with a bachelor's degree in both Chemistry and Spanish and Hispanic Studies. He wasn’t always set on going to medical school; rather, there were two impactful experiences that guided him towards medicine.

“The first was having to experience my father going through, and eventually passing away from cancer. He had brain cancer, which caused him to suffer from seizures. He had to go through surgery, chemotherapy and radiation which all took a toll on his body,” says Christian.

“Although it was a scary and anxious time for me, I always felt at peace whenever he was in the hospital. It showed me that hospitals, and healthcare in general, can be beacons of hope and comfort for people.”

Another impactful experience was when he volunteered at an American physician-run clinic abroad in the Dominican Republic. While volunteering and shadowing, he saw physicians interact with and treat patients from poverty stricken backgrounds who had traveled hours to seek treatment.

“The relief that the patients felt coupled with the attentive care provided by the physicians really showed me how, as a doctor, I have the opportunity to invest my time into patients and make a profound difference in their lives,” he says.

Christian is excited for the next steps in his medical journey, starting with the White Coat Ceremony.

“The White Coat Ceremony is important to me because it’s the start of a new beginning where, from this point forward, I will have the opportunity to continue to grow as a person and eventually make a profound effect on people’s lives,” explained Christian. “To me, the ceremony signifies trust, a commitment to others, and a commitment to continue to confront the injustices that still exist within healthcare and society as a whole.” 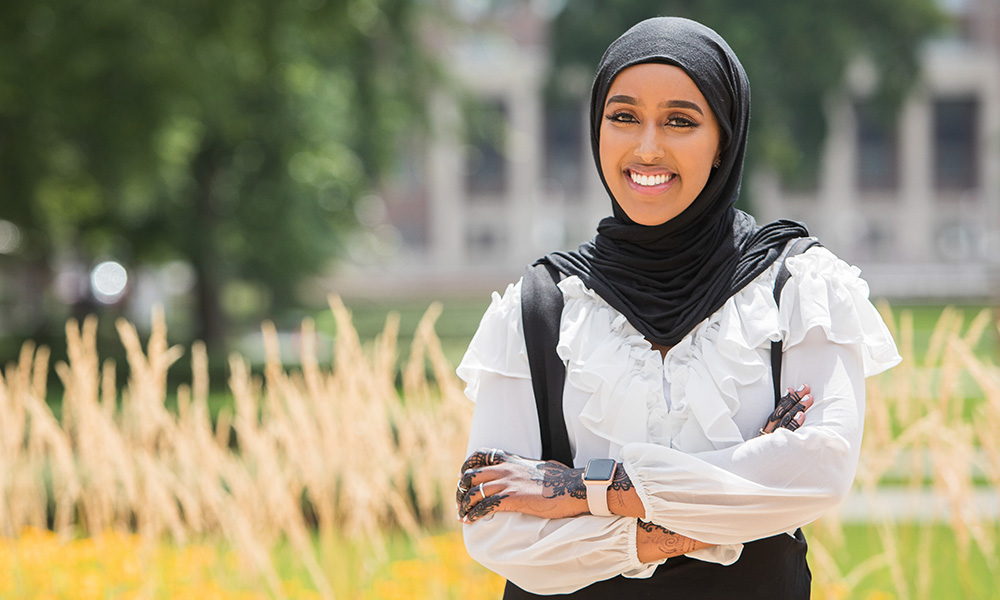 Originally from San Diego, Lensa Ali spent the majority of her life in California before moving to Minnesota at the age of sixteen. “It was a pretty difficult transition since it was towards the end of high school and I had already been at my school for such a long time,” says Lensa. But when she came to the University of Minnesota, everything clicked into place for her. “I felt like I had finally found the community that I was looking for,” she says.

Lensa graduated with a bachelor’s degree in physiology from the University of Minnesota in 2018. “I had a lot of really awesome mentors here, who made me believe in myself,” she stated. “Because I’m a first-generation college student, navigating that whole process was difficult, so I’m super grateful to have had such amazing mentors along the way.”

Her experience at the University of Minnesota played a large role in her decision to apply to Medical School here.

“The White Coat Ceremony is super exciting; I love the fact that I’m going to have my family and friends in the audience to cheer me on as I enter this new stage in my life,” says Lensa. “That being said, it also comes with a bit of fear and anxiety because we are going to be responsible for caring for patients, and that’s a huge responsibility– but one that I’m incredibly excited for.” 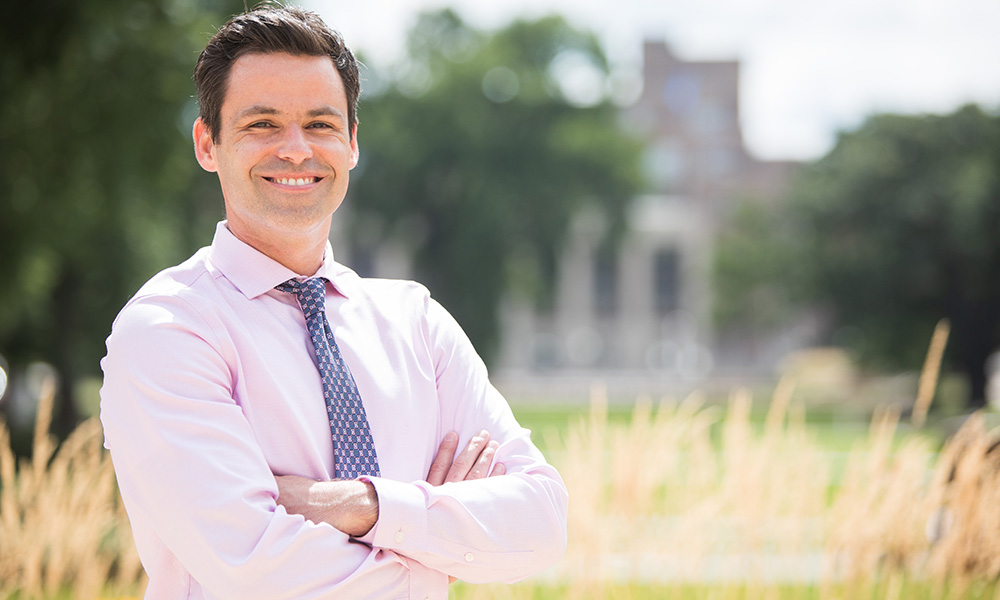 Jesse Smith had a non-traditional path to medical school. “Prior to moving to Minnesota, I was living in California and teaching biology,” says Jesse. “I had some experience in healthcare in an even previous career as an acupuncturist, and had been pursuing medical school for a little over ten years.”

Jesse always wanted a career in medicine, but didn’t have a clear idea of how to do it when he was younger– so instead, he pursued alternative medicine.

“After I got into the program and started to work in that field I realized that it was actually traditional medicine that I wanted to do,” he says. “But I had quite a bit of work to get ready for medical school, so I actually ended up going back and getting a master’s degree in biology.”

Upon completion of his master’s degree, he conducted research for several years. “It made me realize that while the research component was fascinating, it was missing that human component that drove me to medicine in the first place,” says Jesse.

Once he finished the program, he started filling out applications to medical school.

“I applied to many schools, but the University of Minnesota Medical School was very high on my list. Getting the chance to interact with current students and faculty really confirmed that UMN had the sort of learning environment I was looking for,” he says.

The White Coat Ceremony is something Jesse has been patiently awaiting for over a decade.

“It’s just such a symbolic rite of passage into this field that was so challenging for me to get into, but was the only thing that I’ve ever really wanted,” says Jesse. “So, you know, the White Coat Ceremony is just this point that all medical students have to pass through to be initiated into this field. I have just been anticipating the day for so long and now it’s almost here. I couldn’t be more excited.”