Four Decades of ‘Doctors on Call’ Educates Northlanders about Health

For 40 years, WDSE • WRPT and the Department of Family Medicine and Biobehavioral Health at the University of Minnesota Medical School’s Duluth Campus have been picking up the phone to answer the calls of viewers across the Northland seeking advice for various health concerns.

Echoing the call-to-action, the WDSE • WRPT series titled,“Doctors on Call,” broadcasts each Thursday at 7 p.m. during its regular-season schedule to audiences across northeast Minnesota and northwestern Wisconsin in the comfort of their rural settings. Faculty physicians from the Medical School volunteer as hosts and panel members with other local healthcare professionals, covering different topics from diabetes to sports injuries and immunizations — bringing together physicians in family medicine, primary care and specialty medicine on screen.

The unique collaboration has nearly been in existence since the establishment of the Medical School, Duluth Campus itself in 1972, with the first show of“Doctors on Call”premiering in the spring of 1983, which was hosted by then Regional Campus Dean, Dr. Paul Royce. Diving into the history books, no one’s quite sure of the initial conversations that sparked the collaboration four decades ago. Regardless, the benefits it provides to the community have remained mutual for both organizations throughout the years.

“I think the community appreciates it, and I know that my patients look forward to it whether I’m on there or not,” said Raymond Christensen, MD, an associate professor who now oversees the series with WDSE • WRPT. “I cherish being able to work with my colleagues to provide information to patients in the viewing region. We learn a lot from each other, so that’s also the fun of it.”

Working alongside Dr. Christensen, the associate administrator in the Department of Family Medicine & Biobehavioral Health, Linda Liskiewicz, bears an essential role in bringing the medical community together for the cameras — a role she’s been helping to produce for the last 24 years. “The station has said it’s one of their most popular shows,” Liskiewicz said. “The viewers always ask for it, and we always revisit the topics with the highest ratings.”

As the show’s faces and topics have changed over the years, the series has always remained loyal to its viewers that drive the program. “The aging population is where we are,” Dr. Christensen said. “For them, they get to hear what’s new in the medical world. It elevates patient-physician communication that can lead to a referral or additional support, especially for those in rural and Tribal communities.” 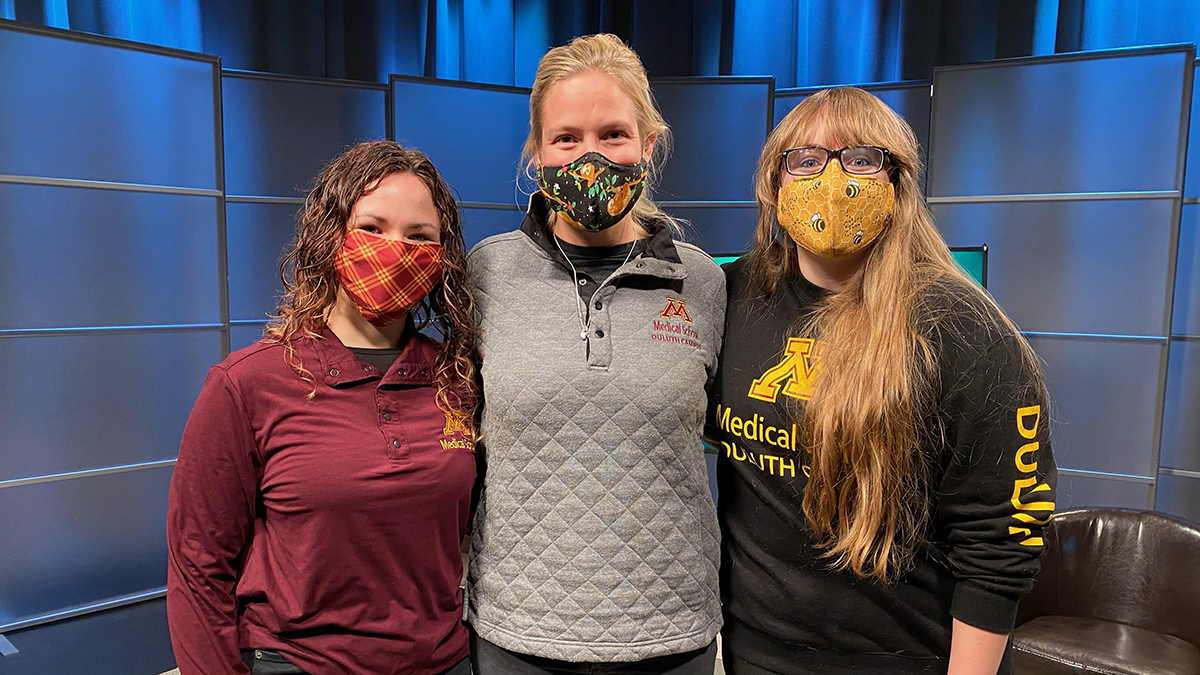 What goes on behind the lens adds another layer to the show’s special presence, offering a platform for the healthcare community to connect, meet other new physicians in the area and discuss timely medical developments.

“It’s nice to see the congeniality that goes on between physicians off-camera because we all know each other,” Dr. Christensen said. “There’s a lot of good mentorships that happen before the show in the green room. We all go into it with great chemistry, and you can see that in the program.”

The close-knit environment of the Medical School, Duluth Campus extends its strong relationship with the station to invite first and second-year medical students to volunteer in answering calls through the hotline and a space to network with area doctors.

I ask them to come up with possible questions to pass along if we’re light on time during the commercial-free show.

Responding to the COVID-19 Pandemic 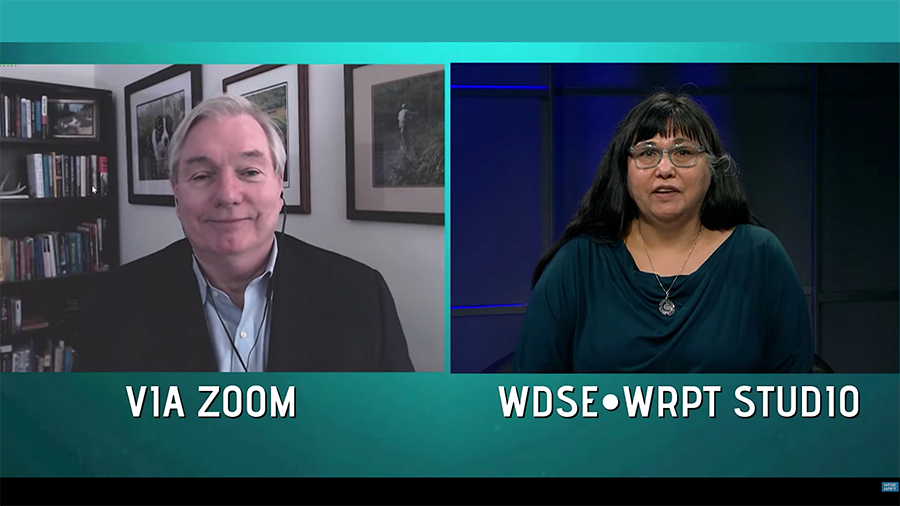 During the COVID-19 pandemic in the early spring of last year, the two entities saw an opportunity to join forces, once again, to host a special series of “Doctors on Call” as the Northland navigated the situation in real-time. With roughly two weeks to organize, WDSE • WRPT launched the season premiere of the Doctors on Call COVID-19 series on March 19, 2020, reaching roughly 50,000 people. Hosted by a familiar face on the program, then Regional Campus Dean, Dr. Paula Termuhlen, it touched on rural and Native American impacts to epidemiology and advanced care planning.

Being able to access the region’s top physicians and infectious disease specialists with the click of a remote provided a sense of comfort to rural viewers during quarantine, including an episode that offered a chance to hear from one of the nation’s top health preparedness experts, Dr. Micheal Osterholm, director of the U of M’s Center for Infectious Disease Research and Policy, who was later appointed to then-President-elect Joe Biden’s Transition COVID-19 Advisory Board.

“Over the past two years, our viewership has been steady with ‘Doctors on Call,’” said Dawn Mikkelson, WDSE • WRPT broadcast content manager.

Last spring, we added 11 special episodes in response to the novel coronavirus. Serving our community’s need for information at this critical time resulted in doubling our ratings, and the series was our No. 1 show in the spring of 2020.

Tune-in for the Upcoming 40th Season 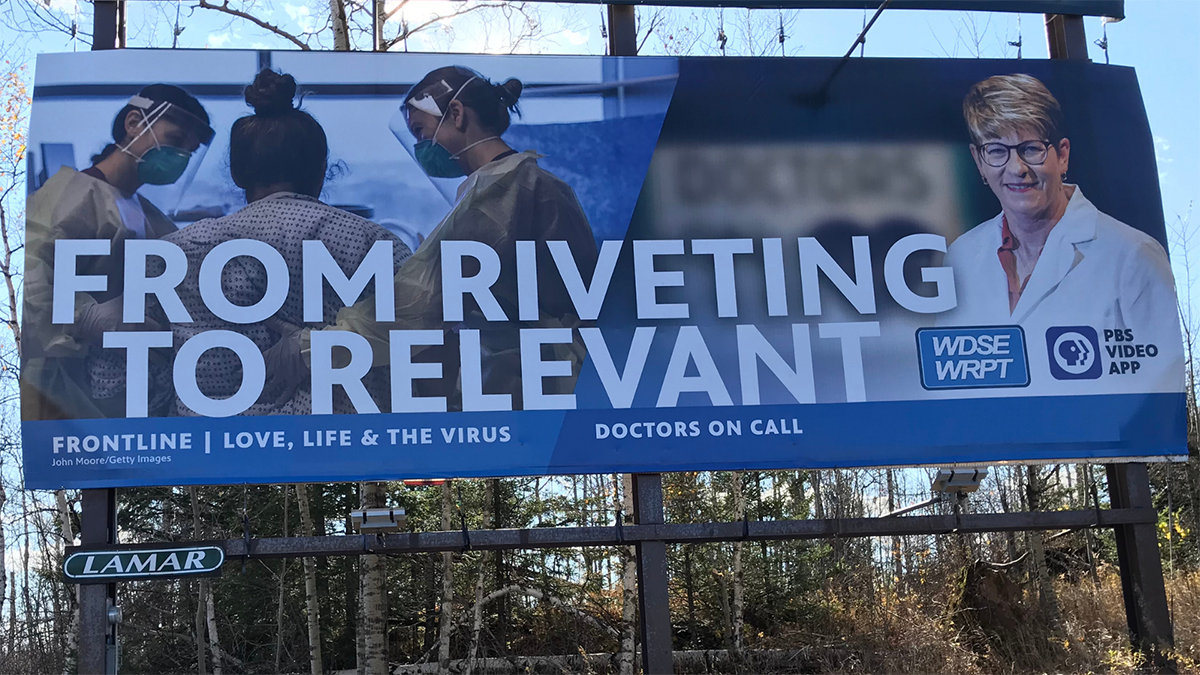 Having wrapped up its 39th season in May, the team will now spend this summer putting together the schedule for its milestone 40th-anniversary of the “Doctors on Call” series. With no official date yet, viewers can look forward to the end of September for its regular Thursday night schedule.

“We are honored to partner with the Medical School, Duluth Campus in making this program a reality,” Mikkelson said.

Until then, watch all the previous episodes including the COVID-19 specials online here.