Agnes Williams Frost, a young woman in 1921, joined the ranks that year as one of only a few female students at the University of Minnesota Medical School. The native of Montevideo, Minnesota, studied alongside some familiar faces, including Owen H. Wangensteen, while also playing on the Minnesota women’s basketball team. 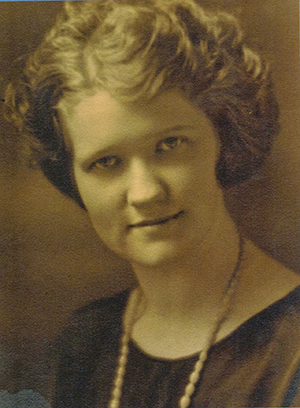 “Her goal was to become a medical missionary in China,” her son recalled. “But, she had to give it all up after a couple of years. Her parents supported her as much as they could, but she wasn’t able to find enough financial sources to keep going.”

Her son, Allan Frost, MD, “was her last hope,” joked Fran Frost, who is Allan’s wife and eighth-grade sweetheart. Agnes’ hope turned into reality when Allan, inspired by her lost passion, completed both his medical degree and residency at the Medical School 50 years later.

“One of the things that struck me when I started in 1964 was that there were so few women,” Allan said. “We had a class of 150, and maybe only seven or eight were women. In fact, one of them quit after the first day. I think some of us men probably wonder now if we would’ve gotten into medical school if more women had been in the mix back then.”

After completing his medical degree in 1968, Allan finished a year-long internship at Oregon Health Sciences University. Then, the Vietnam War called. Although he had originally been assigned to the Marines, the Berry Plan allowed him to instead serve as a general physician for Indian Health Services in Alaska for two years.

“I was delivering babies and checking eyes, ears, nose and throat; you name it,” he said.

It wasn’t until 1974, when Allan finished his residency in ophthalmology at the Medical School, that he and Fran moved to Idaho to join an ophthalmology practice. By 1982, he started his own group and served patients until 2001, but he kept working until 2007, helping physicians in his local hospital on a quality improvement project after he earned another degree in public health.

“Now, we feel obligated to the state of Minnesota and to the University for helping with my education,” Allan said. “Because of my mother’s history, I am particularly interested in female medical students having the financial opportunities that my mother did not.”

“Tuition is so much higher than when I was going,” Allan said. “Because of these debt loads, many medical students may not pursue lower income specialities because they feel that they may not be able to easily pay back student loans.”

“And, we are very concerned for the quality of physicians that are going to be taking care of us,” Fran added. “At our age, we’re thinking about it a whole lot. We know of students that have decided they won’t go into medicine because of the expense. Anything we can do to help qualified students earn their medical degree has always been important to us.”

The duo encourages all Medical School alumni and friends to make giving back their priority, too.

“We profited from the university’s programs a great deal—far more than what we put in financially I think,” Allan said. “So, yes there is a financial obligation for us to do this.”

For more information, contact Carrie Albers, Director of Development, at albersc@umn.edu or 612-626-8481.