Over the past year, Carmen Aguirre, a second-year medical student at the University of Minnesota Medical School, has been developing NFTs, or non-fungible tokens, to promote mental health awareness. NFTs are part of the emerging digital blockchain, transforming modern-day definitions of fine art collecting. Aguirre’s NFTs include one-of-a-kind (or non-fungible) artwork and illustrations, where she uniquely depicts mental illness – a concept, she says, is new to the NFT community. To date, she has sold 20 NFTs with a portion of the sales supporting mental health education and research at the U of M Medical School.

But, only a couple of years ago, Aguirre said she didn't know how to set up a secondary computer display. “I literally had no knowledge and no idea what cryptocurrency was either, which I started learning about this year in January,” she said. 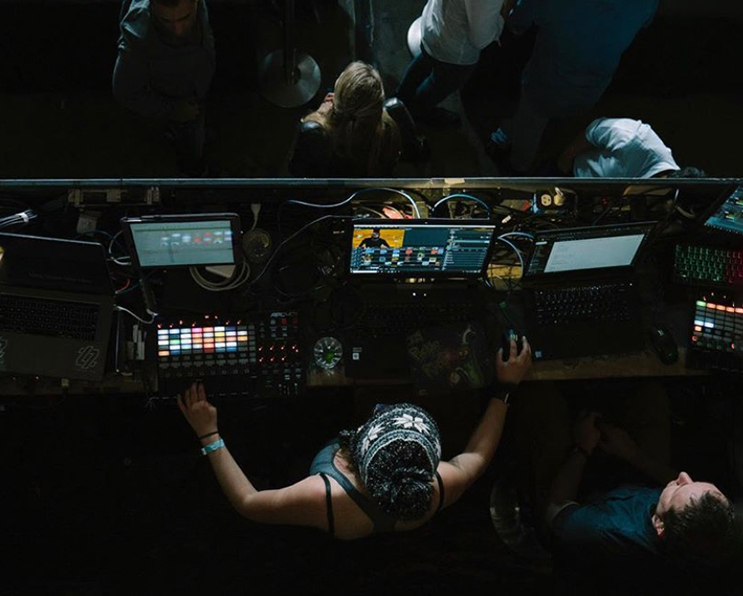 Aguirre at one of her VJ shows (Photo by @livyjaneslife)

The year before she started medical school, a mentor told Aguirre to find a hobby unrelated to medicine. A lover of music and art, she decided to side hustle as a video jockey – similar to a disc jockey, only they chop live video instead of music. She developed a brand, Neurite, and began touring the country, collecting a large following – but she wanted to take her hobby to the next level.

“I decided I wanted to be able to make the visuals on the screen,” she said. “So, I started teaching myself how to animate through AfterEffects and Cinema 4D and started making visuals and doing client work. I started to draw more characters and things like that. And then, more recently, I became involved in NFT using crypto.”

During her first year of medical school, Aguirre quickly realized that her artistic passions had an important place in medicine. “I've dealt with mental health illness, and seeing how it’s often poorly met in a medical setting really inspired me to make all of my artwork related to mental health,” she said.

Aguirre also met  Kaz Nelson, MD, vice chair of Education and associate professor in the Department of Psychiatry and Behavioral Sciences. Aguirre, who had a special interest in the mental health advocacy work, listened to Dr. Nelson’s podcast, “The Mind Deconstructed,” which focuses on battling stigmas related to mental health. Noting that the podcast operates for free, Aguirre decided to start donating 10% of her NFT sales to support mental health resources and education at the U of M.

“Kaz understands how debilitating mental health illness can be,” Aguirre said. “Unless you have a teacher like Dr. Nelson, I think there are a lot of medical students that probably don't even feel comfortable saying they need time off and are open about struggling from mental health illness. That's really a lot of the inspiration for my artwork.”

With her artwork’s central theme of mental health awareness and support, Aguirre’s clout began to grow even more. She started promoting her NFTs by initiating conversations about her art on Clubhouse, an app that allows users to join chat rooms and participate in live discussions. Now, Aguirre has followers all around the world. She shared that she has heard from people in China and Russia who are finding ways to still chime into these conversations, even when some web platforms, like Clubhouse, are banned in some countries due to censorship.

Although Aguirre has sold around 20 NFTs, she says the art is worth far more than its monetary value, “I think that's where the majority of the value lies – it’s in being able to inspire others or just make others feel like they're not alone. When I do the groups about mental health, and we open up those conversations for people to talk about it, it’s so great and way more rewarding than money.” 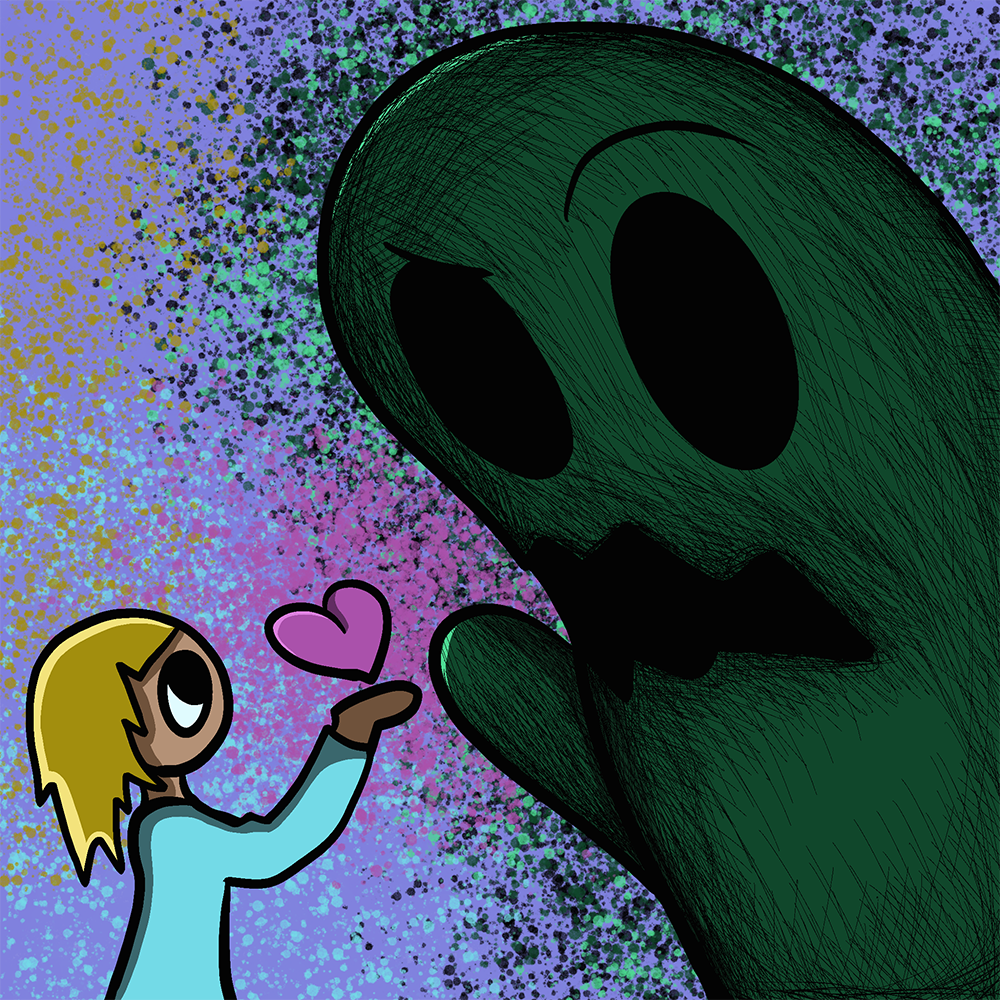 One of her favorite pieces named, “Love Medicine,” shines a positive light on mental health – something that Aguirre shared she doesn’t see enough of.

“It’s a piece surrounding self-love and empathy,” she said. “It’s a little girl giving a heart to a ghost, and the ghost doesn’t really know how to receive it, but still accepts it. The idea is about how we struggle to give ourselves self-love, and the importance of it in our healing process.”

Dr. Nelson shared that she is excited about the advocacy work that Aguirre has been accomplishing. “Carmen's art has a powerful way of connecting with people,” she said. “People immediately relate and see their experience reflected in the imagery, animation and sounds. I witnessed this firsthand as I participated in a Clubhouse discussion Carmen led. Discussion participants felt safe and accepted to share aspects of their adversity and mental health journeys in a supportive space.”

Aguirre has plans to pursue pediatric neurology after she graduates medical school. “I would really like to integrate the idea of art therapy into the work I do, especially if I go into pediatric neurology,” she said. “There are a lot of kids with very debilitating cognitive diseases, and I think having an outlet for them to make art and talk about what they’re struggling with while encouraging them to paint and draw what they feel, can be an amazing tool for healing.”

Aguirre says that she has a lot of exciting projects approaching and she plans to continue to find ways to use her art to help others.

“Future projects include augmented reality artwork and making the art accessible to those outside of the NFT space to help further raise awareness and open discussions about mental health,” she said. “There’s so much power in being able to find an outlet that empowers people to share what they’re feeling and have others say, ‘I feel the same thing.’”